If you head over to the California State Fair, which opened July 14 and continues through July 31, be sure to check out the Insect Pavilion at "The Farm."

It's a treasure house of not only insects, but spiders and assorted other critters.

At the entrance, tuck your head inside the monarch butterfly cutout and have someone take your photo. You can be "Butterfly for the Day."

Then it's off to see the "live" monarchs, a few steps away. The contrast between the painted cutout and the real insects is startling. Nature does a much better job!

Other highlights at the Insect Pavilion include honey bees, wasps and spiders.

The site probably should be called "The Bug Pavilion" because some of the critters, such as spiders, aren't insects.

Then they usually point out that bees make honey and "No, honey, they can't sting you; they're behind glass."

It shouldn't be about stinging. It should be about their pollination services, not their defensive mechanism. Bees pollinate one-third of the food we eat.

However, a walk through the nearby vegetable garden buzzes home the point that honey bees are invaluable.

Next Tuesday, July 26, the Bohart Museum of Entomology at UC Davis will display live insects and specimens at The Big Bugs attraction at the state fair, according to Tabatha Yang, the Bohart's education and outreach coordinator. The specimens will be in the "oh, my" drawers--so called, she says, because that's what folks say when they see them: "Oh, my!" 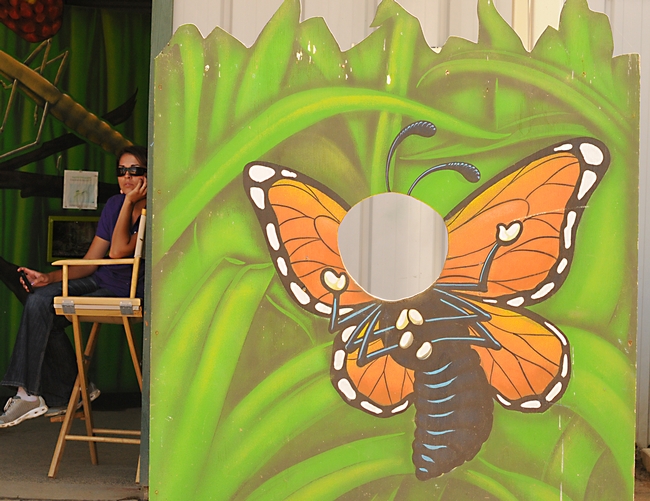 Monarch butterfly cutout in front of the Insect Pavilion at the Caifornia State Fair. (Photo by Kathy Keatley Garvey) 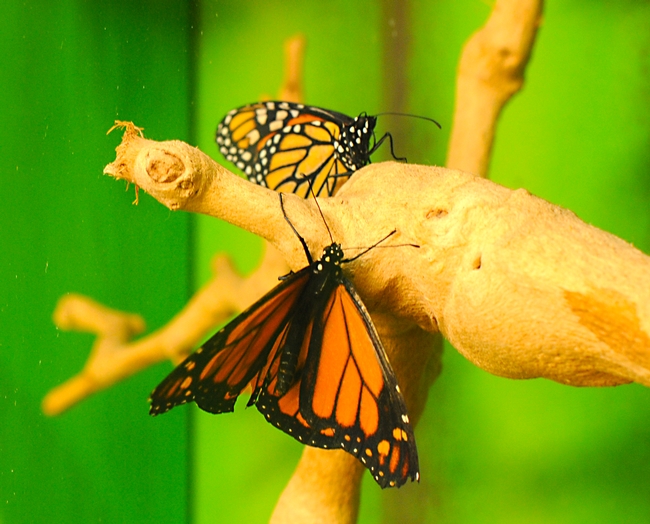 Colorful monarch butterflies are in sharp contrast to the painted cutout (above). (Photo by Kathy Keatley Garvey) 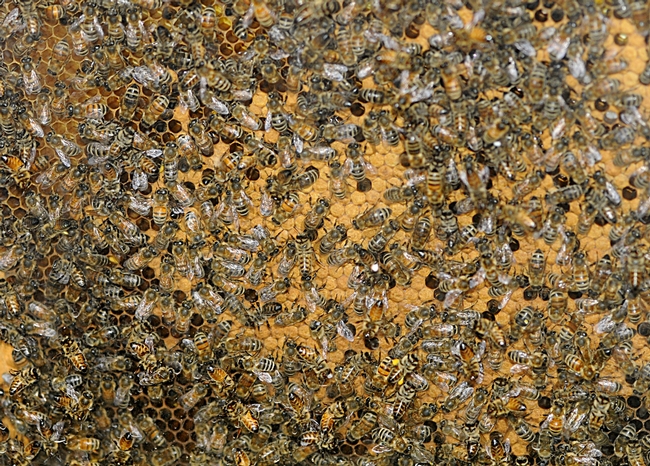