The 17 western states have approximately 40 million square miles of irrigated farmland, supplied by an extensive network of irrigation canals. Without this system of irrigation, farming in most of the western states would not be possible. Irrigation systems in California were first authorized by the state legislature in the 1870's, but the statewide system was vastly expanded first in 1933, and then later in 1960 with the California Aqueduct. Without these irrigation systems, California agriculture would be vastly different.

Anytime you combine shallow water with sufficient clarity, you provide a habitat for plants to grow. Most irrigation systems in California have some level of weed infestation. Unlike the weed problems of the California Delta and many large lakes, the weeds in irrigation ditches are almost entirely native species such as sago pondweed (Stuckenia pectinata), horned pondweed (Zannichellia palustris), and several others. Filamentous attached algae can also contribute to nuisance weed growth.

Weed control in in irrigation systems is conducted using biological, chemical, physical, and mechanical methods. The best example of biological control is the use of sterile triploid grass carp in the Imperial Valley Irrigation District to control hydrilla (Hydrilla verticillata) and other weeds, but its application is rare due to concerns for escape and spread.

In the US, Xylene and Acrolein were used to control irrigation weeds until the past 20 years, when the two formulations of endothall were labeled for irrigation use as Cascade and Teton. In addition to continued use of Acrolein in some districts, complexed copper products are used to control algae and some weeds. For the most part, these are the only herbicides used to control submersed weeds in irrigation canals. Generally, these herbicides are metered in to maintain a desired concentration for a specific amount of time.

Mechanical techniques include chaining, excavation (particularly at any grates or gates), and a very limited amount of mechanical harvesting. The most common is chaining, in which a heavy chain is dragged along the bottom to uproot weeds and allow them to drift down to collection points.

The main physical control is the use of dewatering and exposure, which controls some species but does not impede many species that are adapted to this hydrological pattern. 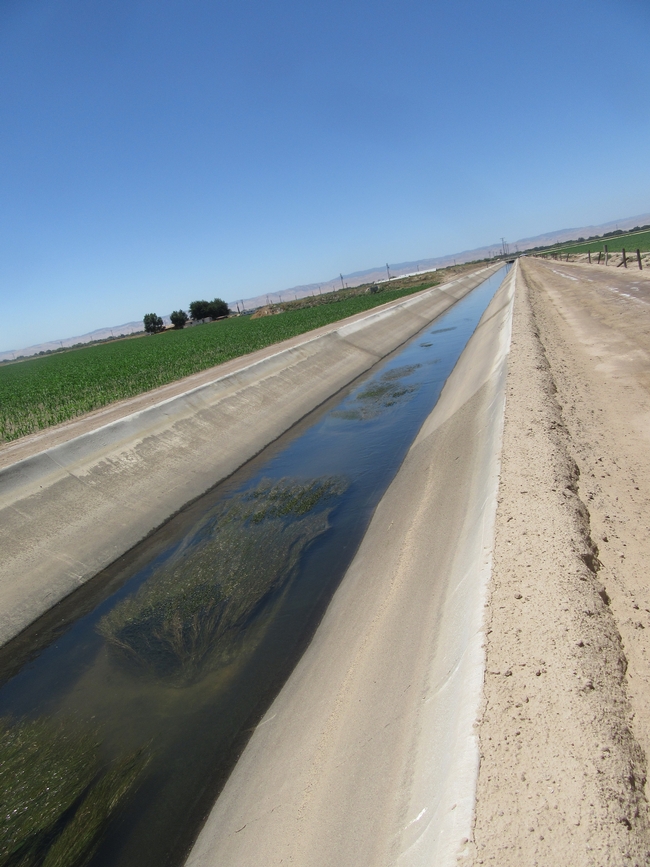 Weed growth in a cement-lined irrigation canal near Tulare, CA 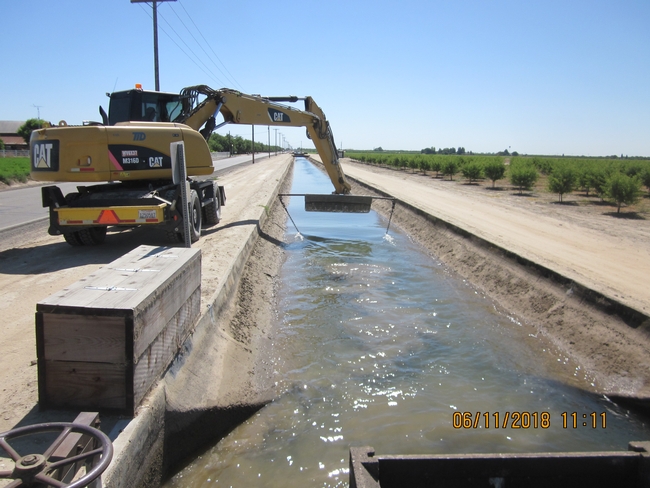