Lynn Kimsey, director of the Bohart Museum of Entomology, with an Asian giant hornet specimen. It is now commonly known as the "Northern Giant Hornet."
“Weird and Wonderful Wasps,” including the Asian giant hornet, aka “murder hornet,” will highlight the Bohart Museum of Entomology open house, set from 1 to 4 p.m., Sunday, Sept. 25 in Room 1124 of the Academic Surge Building, 455 Crocker Lane, UC Davis campus.

The event is free and family friendly. It is the Bohart's first special event of the fall season.

Visitors will learn about the smallest fairy wasps  to the "murder hornets"; what role wasps play in plant galls and figs; and how to distinguish a parasitoid from a parasite.  Lynn Kimsey, director of the Bohart Museum and a UC Davis distinguished professor of entomology, will discuss the Asian giant hornet, Vespa mandarinia,  dubbed by the news media as “the murder hornet." The Entomological Society of America recently established as its official common name, “northern giant hornet.”

Kimsey, an authority on the giant hornet and a two-term past president of the International Society of Hymenopterist, says the insects probably "hitched a ride" in a cargo box shipped from Asia to a North American seaport. The insect is considered the world's largest species of hornet and can reach up to 2 inches in length. A few hornets can destroy a bee colony, decapitating the honey bees, in a matter of hours.

Kimsey and two other wasp experts published “The Diversity of Hornets in the Genus Vespa (Hymenoptera: Vespidae; Vespinae); Their Importance and Interceptions in the United States,” in the journal Insect Systematics and Diversity in May of 2020. (See https://bit.ly/3BVZ34Y)

Fairy wasps, which belong to the family of chalcidoid wasps, are tiny insects that include the world's smallest known insect, with a body length of 0.139mm, and the smallest known flying insect, only 0.15mm. All known fairy wasps are parasitoids of the eggs of other insects.

A family arts-and-crafts activity is also planned at the open house. 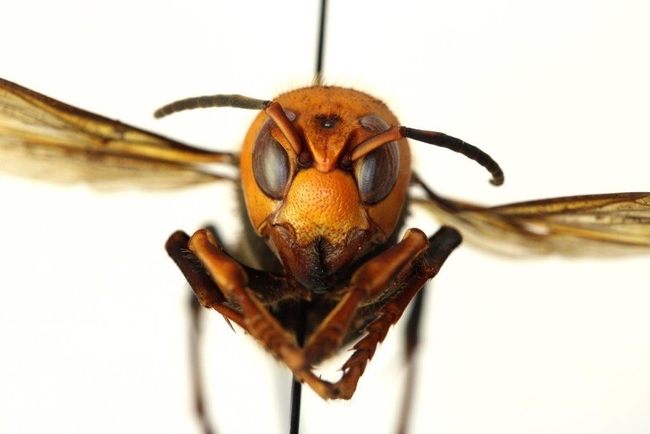