Lynn Kimsey, director of the Bohart Museum of Entomology, poses with UC Davis graduate student Christofer Brothers at the UC Davis Picnic Day open house at the Bohart Museum. (Photo by Kathy Keatley Garvey)
Dragonflies rule and so do the scientists who study them.

Be sure to attend the Bohart Museum of Entomology open house on "Dragonflies Rule!" from 1 to 4 p.m. Sunday, Nov. 6 in Room 1124 of the Academic Surge Building, 455 Crocker Lane, UC Davis.

It's free and family friendly. You'll learn about dragonflies, view dragonfly specimens and publications, and you can ask questions of the scientists.

We announced earlier that dragonfly expert Rosser Garrison, formerly of the California Department of Food and Agriculture, will lend his expertise as will Bohart Museum associate Greg Kareofelas. So will Christopher Beatty, known as "Doc Beatty" on social media; UC Davis doctoral student Christofer Brothers; and UC Davis alumnus Andy Rehn, UC Davis alumnus Andy Rehn, ecologist at the California Department of Fish and Wildlife, among others.

Christopher Beatty
Christopher Beatty, a visiting scholar in the Program for Conservation Genomics at Stanford University, wrote in an email that he has been working "for a few years on petaltail dragonflies, with much of the work focused on the Black Petaltail (Tanypteryx hageni) in California and Oregon. I am happy to help out answering general questions about dragonflies, and can also answer questions about my research if there is interest." He's on Twitter at @ChrisDBeatty. Christopher Beatty
Beatty was recently selected to present the prestigious Entomological Society of America's Founders' Memorial Lecture at the 2022 Joint Annual Meeting of the Entomological Societies of America, Canada, and British Columbia. He'll speak at the awards breakfast on Nov. 15 on  "The Passionate Observer: The Life and Times of Jean-Henri Fabre."  Fabre (1823-1915) was a French naturalist, entomologist, educator, and author.

ESA established the Founders' Memorial Award in 1958 "to honor the memory of scientists who made outstanding contributions to entomology," according to a website post. ESA announced that "Beatty has focused much of his entomological career studying the behavior and ecology of dragonflies and damselflies, having served in research and teaching positions at the University of Vigo (Spain), Santa Clara University, Cornell University, the University of Kiel (Germany), and Stanford University. He has authored or co-authored more than 25 peer-reviewed articles since 2003, and he is currently co-editing the forthcoming Dragonflies & Damselflies: Model Organisms for Ecological and Evolutionary Research, 2nd Edition (Oxford University Press).

Beatty holds a bachelor's degree (1996) in ecology, ethology, and evolution from the University of Illinois Urbana-Champaign; a master's degree (2002) in environmental science from Oregon State University; and a doctorate (2006) in ecology, evolution, systematics, and population biology from Carleton University in Ottawa, Canada.

Cristofer Brothers
Cristofer Brothers is a fourth-year animal behavior doctoral student. "I'm most interested in how dragonflies use their legs while they capture prey in both of their nymph and adult stages," he said. "My PhD is focusing on the behavior of Libellula saturata, the flame skimmer, and on various other species for phylogenetic comparisons of their behavior and morphology."

"I've been fascinated by dragonflies since I was a kid, and would always try to save adults that fell into the pool. As a teenager, I was a lifeguard and always loved it when dragonflies would perch on my rescue tube, and always wanted to learn more about them. Now, I have the privilege to spend all day reading about, thinking about, and looking at them, so I'm really living the dream!" Cristofer Brothers
He studies in the laboratory of Professor and Chancellor's Fellow Stacey Combes, Department of  Neurobiology, Physiology and Behavior, College of Biological Sciences.
Brothers delivered a guest presentation on dragonfly predation behavior at the 2022 UC Davis Bio Boot Camp. His talk took place alongthebanksofPutah Creek where the group met to learn about and search for dragonflies.

"His dissertation will be partly museum-based as he investigates the diversity of spines on dragonfly legs, both in adults and nymphs," said Tabatha Yang, education and outreach coordinator.

Arts and Crafts
Also during the open house, a family arts-and-crafts activity is planned. Guests can color pages from Kathy Claypole Biggs' dragonfly coloring book. Also, guests can view the Lepidoptera (butterflies and moths) collection, curated by entomologist Jeff Smith; and "pet" and take selfies of some of the live animals in the petting zoo, which include Madagascar hissing cockroaches, stick insects and tarantulas.

The Bohart Museum, founded in 1946, is directed by Lynn Kimsey, UC Davis distinguished professor of entomology. It is the global home of eight million insect specimens, as well as the live "petting zoo" and an insect-themed gift shop stocked with t-shirts, hoodies, books, posters, jewelry, collecting equipment and more. Named for UC Davis professor and noted entomologist Richard Bohart, it is open to the public from 8 a.m. to noon, and 1 to 5 p.m., Mondays through Thursdays.  More information is available on the website at https://bohart.ucdavis.edu or by contacting bmuseum@ucdavis.edu. 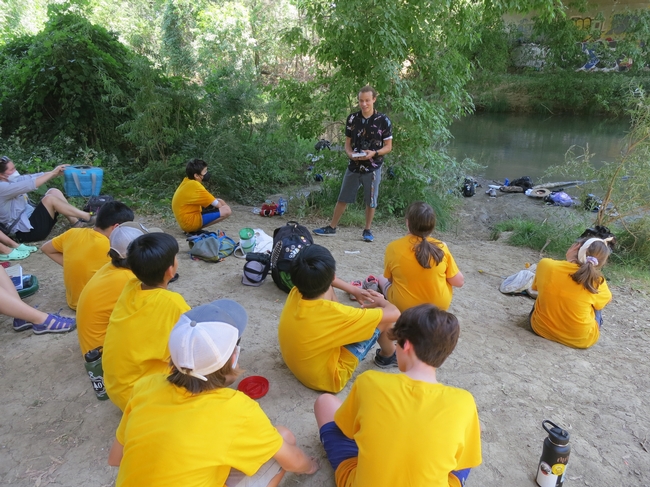 UC Davis student Christofer Brown presents a program on dragonflies to middle schoolers enrolled in the UC Davis Bio Boot Camp, held in the summer of 2022. This image was taken by Putah Creek. (Tabatha Yang Photo) 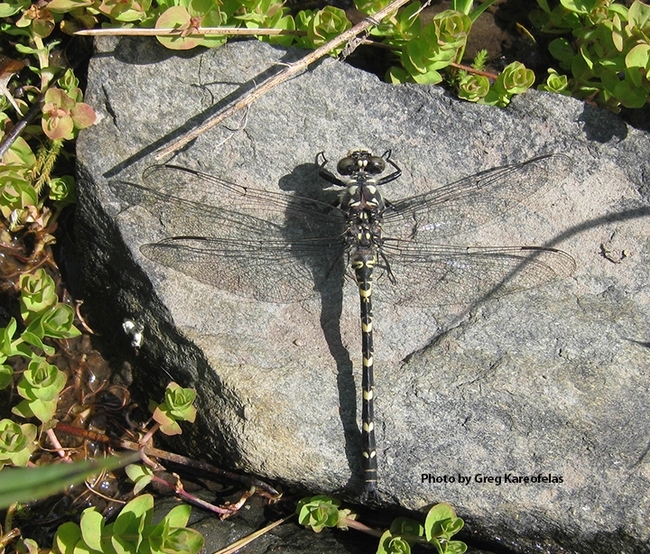 This is the black petaltail, Tanypteryz hageni, an image from the Inner Coast Range. "It's seldom seen and our most primitive dragonfly," said Bohart Museum associate Greg Kareofelas. (Photo by Greg Kareofelas) 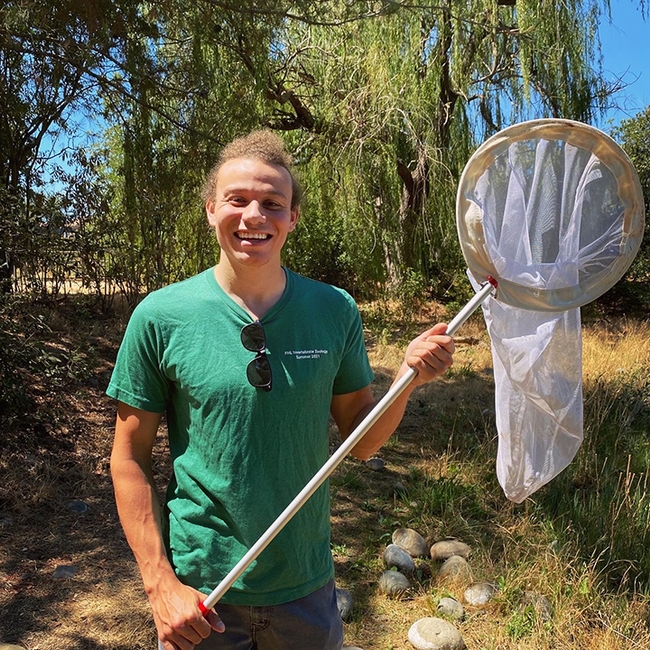