The late Eric Mussen, shown here at a UC Davis Picnic Day, favored starthistle honey. (Photo by Kathy Keatley Garvey)
When Extension apiculturist emeritus Eric Mussen (1945-2022) was cleaning out his office in Briggs Hall, UC Davis Department of Entomology and Nematology, in the fall of 2021, he gifted me with a framed image of an ancient rock painting from Toghwana Dam, Zimbabwe, southeast Africa.

The Paleolithic rock art depicts a person smoking a beehive. Also quite visible: the honeycomb and the bees.  "The keeping of bees" dates back to 10,000 years ago when humans began maintaining colonies of wild bees in such artificial hives as hollow logs, wooden boxes, pottery vessels, or woven straw baskets (skeps), according to Wikipedia.

Mussen never talked much about the rock art or where he got it, but a quick TinEye reverse image search indicates the original apparently belongs to the International Bee Research Association (IBRA), which "promotes the value of bees by providing information on bee science and beekeeping worldwide."

The same image of the rock art appears in Eva Crane's book, "The Rock Art of Honey Hunters," published by IBRA in 2011. Then behavioral ecologist and nutrititional anthroplogist Alyssa Crittenden of the University of Nevada published  "The Importance of Honey Consumption in Human Evolution" in December 2011 in the journal Food and Foodways, and used the same image (see ResearchGate).

The Crittenden abstract: "It has been suggested that honey may have been an important food source for early members of the genus Homo, yet the importance of meat and savanna plant foods continue to be stressed as the most relevant foods in dietary reconstructions. Here, the importance of honey and bee larvae in hominin diets is explored. Ethnographic reports, examples of Paleolithic rock art, and evidence from non-human primates are used to show that early hominins likely targeted beehives using the Oldowan tool kit. The consumption of honey and bee larvae likely provided significant amounts of energy, supplementing meat and plant foods. The ability to find and exploit beehives using stone tools may have been an innovation that allowed early Homo to nutritionally out-compete other species and may have provided critical energy to fuel the enlarging hominin brain."

The Smithsonian magazine's piece on "Humans, the Honey Hunters: Energy-Rich Honey May Have Helped Hominids Evolve Big Brains," published Dec. 19, 2011, also includes the illustration. Author Erin Wayman wrote that Crittenden considers honey a super food.  "It's very energy dense, about 80 to 95 percent sugar, and it's a good source of the glucose needed to nurture brain development," Wayman wrote. "Wild honey also contains traces of bee larvae, adding fat, protein, vitamins and minerals. And on top of that, it's easy to digest. The nutritional benefits of honey are clear, but there is no concrete evidence in the fossil record of hominids eating honey; honey consumption doesn't leave behind the kind of scraps that can fossilize the way that hunting and butchering does. So Crittenden relies on some indirect clues to bolster her argument." (See more here.) Amina Harris and her husband, the late Ishai Zeldner.
Celebration of Life. The UC Davis Department of Entomology Nematology celebrated Eric's life at a standing-room only event on Aug. 28 in Putah Creek Lodge, UC Davis campus. The California State Beekeepers' Association (CSBA) will pay tribute to him and his work at a special memorial luncheon on Thursday, Nov. 17, during its annual convention. The event is being held Nov. 15-17 at the Peppermill Resort Spa and Casino,  Reno.

Eric considered "starthistle honey" his favorite honey varietal. If he were still with us, he'd be attending The HIVE's big anniversary party on Saturday, Nov. 12. It will take place from 11 a.m. to 7 p.m. at 1221 Harter Ave., Woodland.

HIVE Public Celebration. "We're celebrating 43 years in business as Z Specialty Food and the completion of our first year in our new home, The HIVE,"  Amina Harris, the Queen Bee of Z Specialty Food, wrote us in a Nov. 1 email.  "This celebratory event includes a full schedule of interactive activities. Guests will learn how to taste honey and mead (honey wine), participate in tours of our production facility and pollinator gardens and relax in the courtyard while listening to live music from Royal Jelly Jive, The Gold Souls and Nathan Ignacio. For more information, visit our website: here."

Harris, director of the UC Davis Honey and Pollination Center, worked closely with Mussen. She wrote this about him in her tribute:  "When I first came to California in the early 1980s,  I was working with my husband establishing and growing a varietal honey company. One of the first people I met at UC Davis was Eric Mussen, the state apiculturist. Eric was someone who had a lot of answers to a lot of questions! Ever the educator, Eric was well versed in all of the issues of the bee world and readily shared his knowledge with any and everyone who asked. His answers were always down to earth and understandable, with his wry Midwestern sense of humor running underneath. You'd ask a question – and you always got an answer!"

And just like Eric, Ishai favored the honey varietal, starthistle. 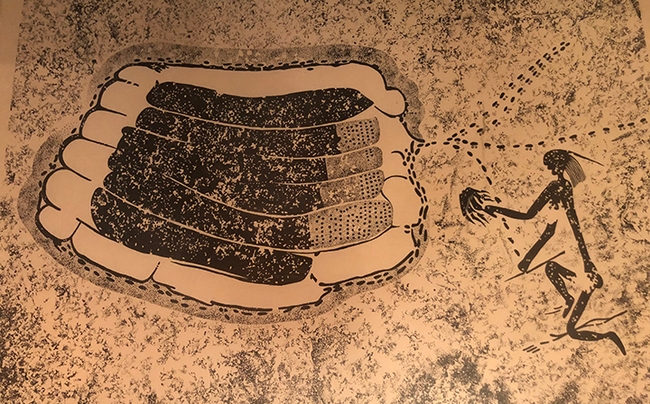 This framed photo of an image, once belonging to the late Extension apiculturist Eric Mussen, shows an ancient rock painting from Zimbabwe. A beekeeper is using a smoker. 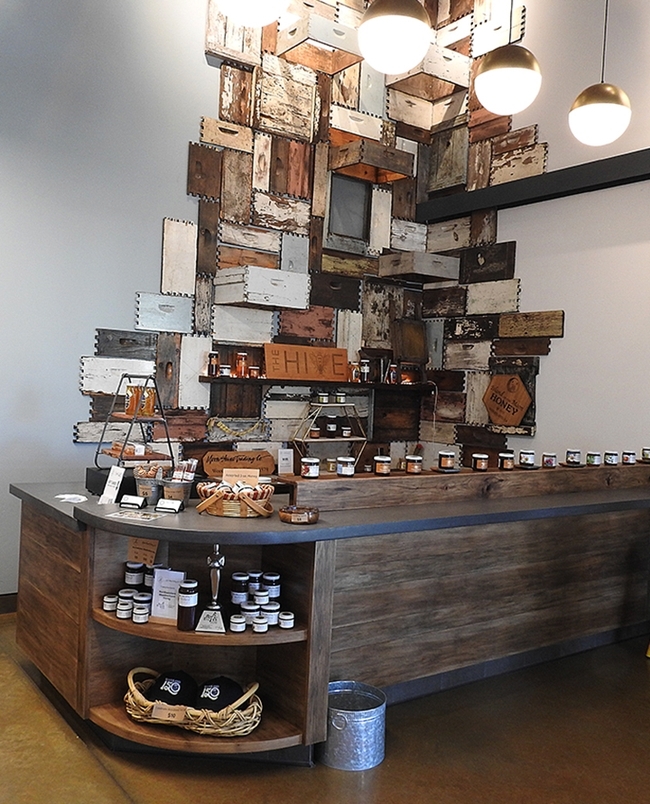