An image of a golden dung fly by Kathy Keatley Garvey, communications specialist for the UC Davis Department of Entomology and Nematology, won the Entomological Society of America (ESA) medal for "Best Image by an ESA Member" in the 64th annual International Insect Salon competition.

Garvey captured the image of the fly, Scathophaga stercoraria, perched on a lavender stem in her family's pollinator garden in Vacaville and titled it “Checking You Out.”  Scathophaga play an important role in the natural decomposition of dung.

Two other images that Garvey submitted also gained acceptances.  One was of a crab spider nailing a katydid (Did or Didn't I?), and the other of a pollen-covered honey bee (Eureka! I Found It!). 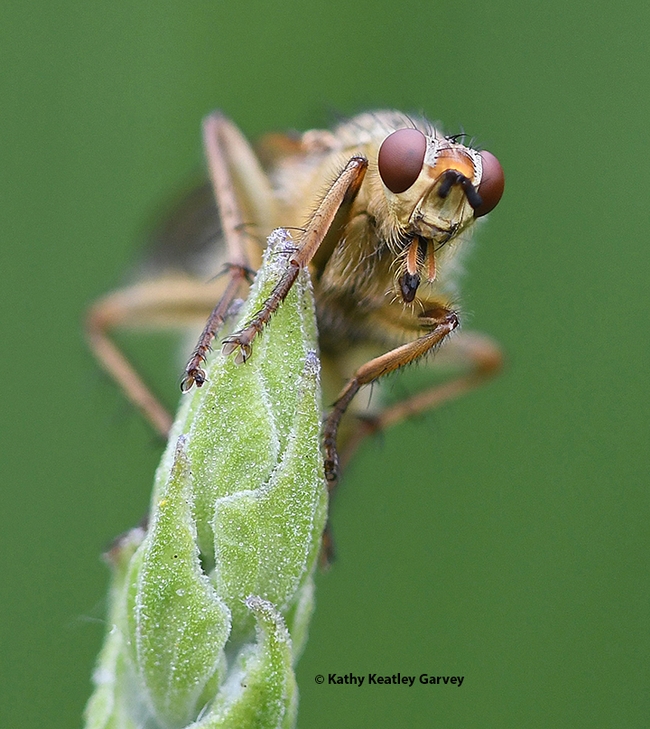