Bug Squad
sitenum=63
Happenings in the insect world
Up, Close and Personal with Beetles Lady beetle dining on an aphid. (Photo by Kathy Keatley Garvey)
Seen any lady beetles, aka ladybugs, in your yard this year?

Now that the sun's out and the worst California storms are over, check your yard for lady beetles.

We saw several of them on our agave this morning. The center of the plant looked like bunched-up asparagus--red-tipped asparagus--and there they were, ruby-red lady beetles threading through the leaves.

Ready to see scores of beetle species? Be sure to attend the Bohart Museum of Entomology's open house, themed "Beetles," from 1 to 4 p.m., Sunday, Jan. 22 in Room 1124 of the Academic Surge Building, 455 Crocker Lane, UC Davis campus.  Open to the public, the event is free (both admission and parking) and family friendly.

The family arts-and-crafts activity will be to color a drawing of a carrion beetle, the work of Tracie Hayes.

The Bohart Museum, directed by Lynn Kimsey, UC Davis distinguished professor of entomology, Department of Entomology and Nematology, houses a global collection of eight million insect specimens; a live petting zoo where you can photograph the residents (and pet some of them, including Madagascar hissing cockroaches and stick insects); and a year-around gift shop, stocked with insect-themed t-shirts, hoodies, jewelry, books, posters and collecting equipment.

Founded in 1946, the Bohart Museum is named for noted entomologist Richard Bohart (1913-2007), UC Davis entomology professor, is open to the public from 8 a.m. to noon, and 1 to 5 p.m., Mondays through Thursdays. 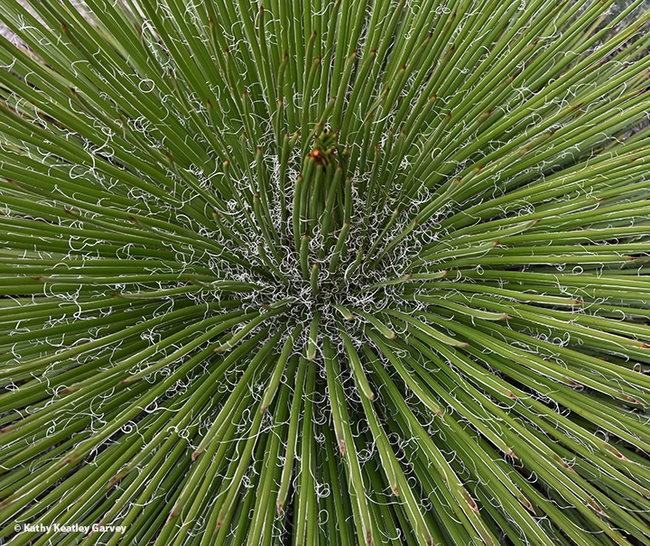 A birds-eye-view of a wintering agave. Can you spot the lady beetles, aka ladybugs? (Photo by Kathy Keatley Garvey) 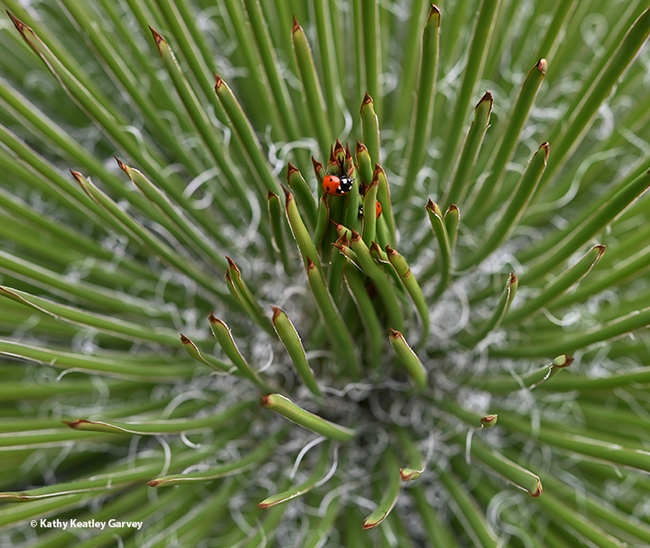 Closer...The camera zooms in on a pair of lady beetles on the agave. (Photo by Kathy Keatley Garvey) 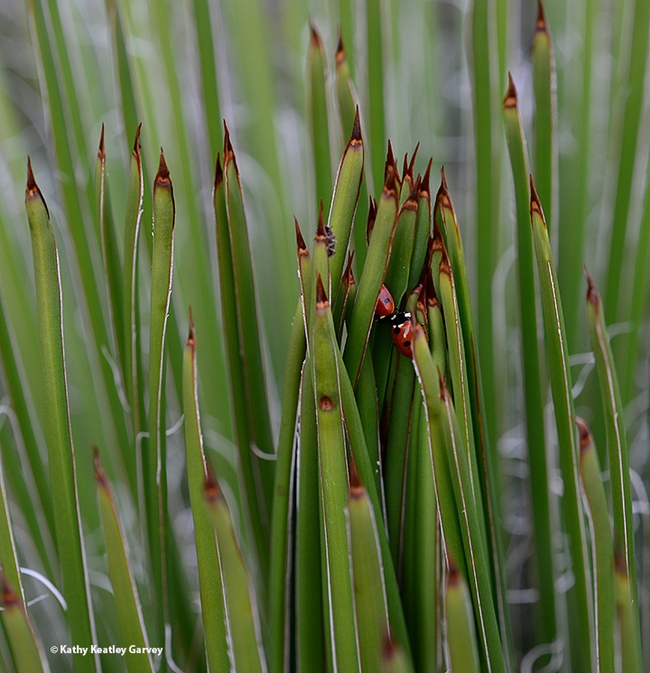 Closer and closer. The agave plant looks like bunched-up, red-tipped asparagus from this view. The lady beetles are clearly visible. (Photo by Kathy Keatley Garvey) 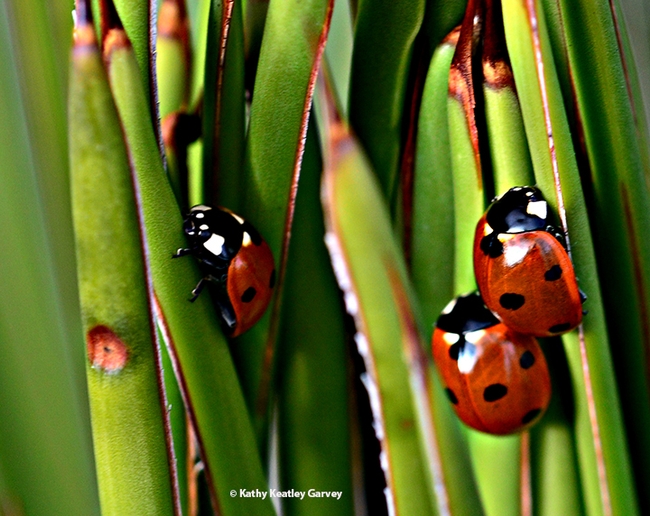