Professor Fran Keller in Belize.
Beetles from Belize at the Bohart!

The Bohart Museum of Entomology open house on beetles, set Sunday, Jan. 22, will include "Beetles in Belize."

Beetle expert Fran Keller, a professor at Folsom Lake College and a Bohart Museum scientist, will discuss the beetles that she and other scientists collected in Belize, and will introduce the public to several drawers of the specimens.

The open house will take place from 1 to 4 p.m. in Room 1124 of the Academic Surge Building, 455 Crocker Lane, UC Davis campus. It is free and family friendly.

"In November I started working in the Natural History Museum London Coleoptera collection, working on Belize Cerambycidae to facilitate identification and then catalog specimens for the Belize National Insect Collection," Keller said. "I worked with Larry Bezark, via the internet/email/Google Drive, who is retired from the California Department of Food and Agriculture. There were 28 new country records for Belize and two new species to science that Larry will describe."

"We don't have an exact number but I would say we have over 500 beetle species identified, but there are many more that need identification." Beetle expert Larry Bezark, now retired from the California Department of Food and Agriculture, will participate in the Bohart Museum open house.
Keller just returned from a three-month teaching experience in London, sponsored by the Northern California Study Abroad Consortium for the Los Rios Community College District through American River College. She taught evolution, marine ecology, introduction to biology and "a few British life and culture classes with a biology component" to community college students.

Among the other presenters at the Bohart Museum open house will be UC Davis graduate student and burying beetle researcher Tracie Hayes of the laboratory of Professor Louie Yang, UC Davis Department of Entomology and Nematology;  and Cal Fire bark beetle specialist Curtis Ewing, a senior environmental scientist, Forest Entomology and Pathology.

The family arts-and-crafts activity will be to color a drawing of a carrion beetle, the work of Tracie Hayes.

Founded in 1946, the Bohart Museum is named for noted entomologist Richard Bohart (1913-2007), UC Davis entomology professor, and is open to the public from 8 a.m. to noon, and 1 to 5 p.m., Mondays through Thursdays. 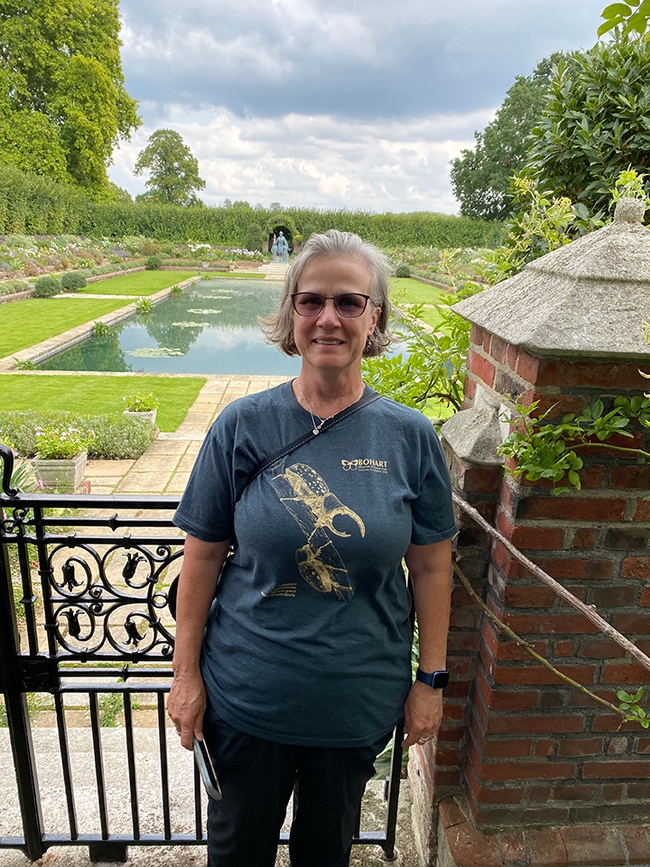 Professor Fran Keller of Folsom Lake College and a Bohart Museum of Entomology scientist, is shown here wearing her Bohart Museum rhinoceros beetle shirt at Kensington Palace. Keller taught science to community college students in London during the fall semester. She designed this beetle, which is available in the Bohart Museum gift shop. 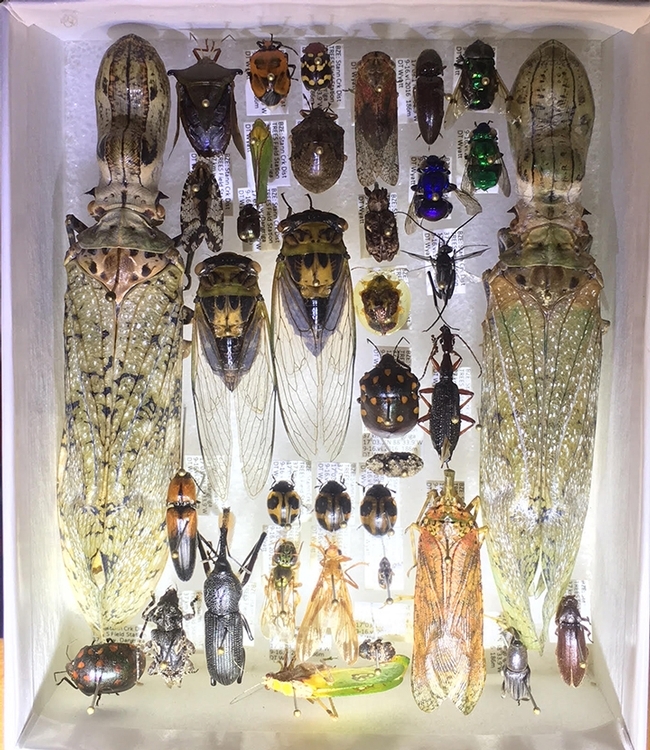