Todays post was written by Tom Lanini summarizing some recent work on organic herbicides.  This article is also available in the "Topics in Subtropics" newsletter from the Tulare County Cooperative Extension office. http://cetulare.ucdavis.edu/newsletters/Topics_In_Subtropics39737.pdf

Organic Herbicides - Do They Work?

These products are effective in controlling weeds when the weeds are small and the environmental conditions are optimum.  In a recent study, we found that weeds in the cotyledon or first true leaf stage were much easier to control than older weeds (Tables 1 and 2).  Broadleaf weeds were also found to be easier to control than grasses, possibly due to the location of the growing point (at or below the soil surface for grasses), or the orientation of the leaves (horizontal for most broadleaf weeds) (Tables 1 and 2). Temperature and sunlight have both been suggested as factors affecting organic herbicide efficacy.  In several field studies, we have observed that organic herbicides work better when temperatures are above 75F.   Weed Pharm (acetic acid) is the exception, working well at temperatures as low as 55F.  Sunlight has also been suggested as an important factor for effective weed control.   Anecdotal reports indicate that control is better in full sunlight.  However, in a greenhouse test using shade cloth to block 70% of the light, it was found that weed control with WeedZap improved in shaded conditions (Table 3).  The greenhouse temperature was around 80F.  It may be that under warm temperatures, sunlight is less of a factor. 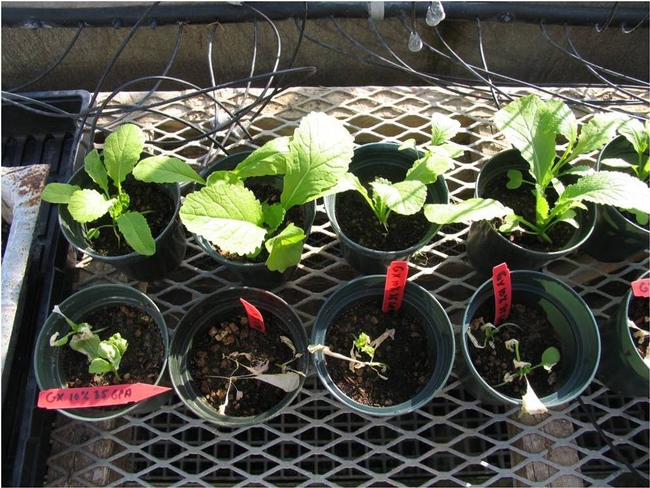