Well, it's not really a Halloween butterfly, but it is orange.

The Fiery Skipper (Hylephila phyleus) visits us more than the politicians do at Election Time. Last Sunday we spotted four Skippers in our backyard. Only two politicians skipped to our front door.

The Fierry Skipper nectars our sage, adding a decidedly orange glow to the purple flowers.

UC Davis butterfly expert Arthur Shapiro says this one (below) is a male. It's California's "most urban" butterfly, he says, adding that it's almost limited to places where people mow lawns.

Its range extends to Argentina and Chile. The oldest Bay Area record of the Fiery Skipper dates back to 1937.

Its caterpillar hosts include Bermuda grass, crabgrass, St. Augustine grass and other grasses. Well, that counts us out. We have none of those, just a bee friendly garden. No lawn. No grass. No weeds. Just a big burst of flowers. 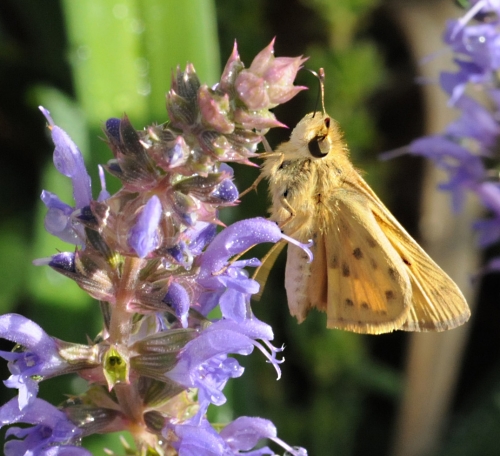 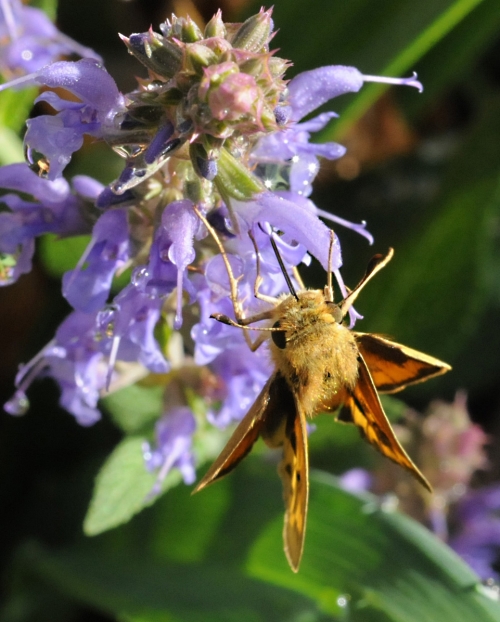