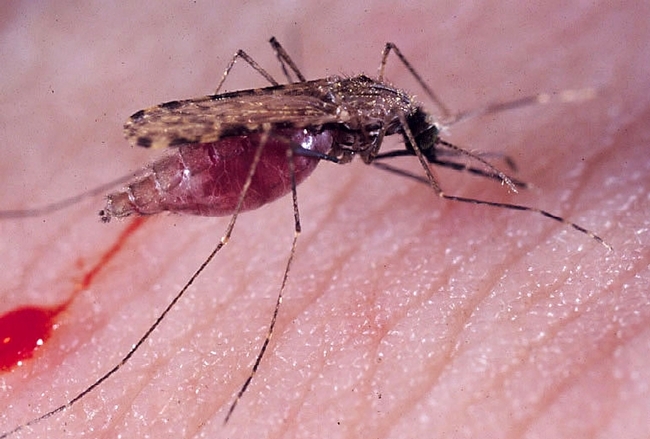 The malaria mosquito, Anopheles gambiae. (Photo by Anthony Cornel)
Tags: Anopheles gambiae (3), Bradley White (1), Gregory Lanzaro (7), malaria mosquito (5), UC Davis Department of Entomology (97)
Comments: 1
Comments:
by Alexis
on May 9, 2015 at 5:19 AM
We've gotten pretty good about sun screen, but people need to get better about protecting themselves against insects as well, since mosquitoes are more than just a nuisance. They carry disease.
Leave a Reply: