Julián Hillyer
What a catchy title: "Not So Heartless."

Wait, there's more! "Not So Heartless: Functional Integration of the Immune and Circulatory Systems of Mosquitoes."

This may not be the proverbial heart-stopping seminar, but it promises to be an eye opener by a medical entomologist and captivating speaker.

Julián Hillyer, associate professor of biological sciences, Vanderbilt Institute for Infection, Immunology and Inflammation, Nashville, Tenn., will deliver that seminar at 4:10 p.m., Wednesday, Oct. 23, in 122 Briggs Hall, as part of the weekly UC Davis Department of Entomology and Nematology seminars.

"Mosquitoes--like all other animals--live under constant threat of infection," Hillyer says in his abstract. "Viral, bacterial, fungal, protozoan and metazoan pathogens infect mosquitoes through breaches in their exoskeleton and following ingestion. Because these pathogens pose a threat to their survival, mosquitoes have evolved a powerful immune system."

In his seminar, Hillyer will present his laboratory's work characterizing the circulatory and immune systems of the African malaria mosquito, Anopheles gambiae.  "Specifically," he says. "the talk will describe the structural mechanism of hemolymph (insect blood), circulation in different mosquito life stages, and the role that immune cells, called hemocytes play in the killing of pathogens by phagocytosis, melanization and lysis. Then I will describe the functional integration of the circulatory and immune systems a process that is manifested differently in larvae and adults. Specifically, the infection of an adult mosquito induces the aggregation of hemocytes at the abdominal ostia (valves) of the heart--where they sequester and kill pathogens in areas of high hemolymph flow--whereas the hemocytes of larvae aggregate instead on respiratory structures that flank the posterior in current openings of the heart."

"This research," Hillyer explains, "informs on the physiological interaction between two major organ systems and uncovers parallels between how the organ systems of invertebrate and vertebrate animals interact during the course of an infection."

What does the mosquito heart look like? Check out former Vanderbilt graduate student Jonas King's prize-winning image--a fluorescent image of the heart of a mosquito. It won first place in Nikon's "Small World'" photomicrography competition in 2010.  King's image shows a section of the tube-like mosquito heart magnified 100 times.  At the time he was a member of Hillyer's research group and is now an assistant professor at Mississippi State University.

In a piece by David Salisbury of Vanderbilt News, Hillyer related that "Surprisingly little is known about the mosquito's circulatory system despite the key role that it plays in spreading the malaria parasite. Because of the importance of this system, we expect better understanding of its biology will contribute to the development of novel pest- and disease-control strategies.”

"The mosquito's heart and circulatory system is dramatically different from that of mammals and humans," wrote Salisbury in the Oct. 15, 2010 piece. "A long tube extends from the insect's head to tail and is hung just under the cuticle shell that forms the mosquito's back. The heart makes up the rear two-thirds of the tube and consists of a series of valves within the tube and helical coils of muscle that surround the tube. These muscles cause the tube to expand and contract, producing a worm-like peristaltic pumping action. Most of the time, the heart pumps the mosquito's blood—a clear liquid called hemolymph—toward the mosquito's head, but occasionally it reverses direction. The mosquito doesn't have arteries and veins like mammals. Instead, the blood flows from the heart into the abdominal cavity and eventually cycles back through the heart."

“The mosquito's heart works something like the pump in a garden fountain,” Hillyer told Salisbury.

Hillyer was a Vanderbilt Chancellor Faculty Fellow (2016-2018) and was awarded the 2015 Henry Baldwin Ward Medal by the America Society of Parasitologists. He was elected to the Council of the American Society of Parasitologists, serving from 2012-2016. Other recent awards: the 2011 Jeffrey Nordhous Award for Excellence in Undergraduate Teaching and the 2012 Recognition Award in Insect Physiology, Biochemistry and Toxicology from the Southeastern Branch of the Entomological Society of America.

Hillyer received his master's degree and doctorate from the University of Wisconsin-Madison under the mentorship of Ralph Albrecht and Bruce Christensen, respectively. He completed a postdoctoral fellowship under the mentorship of Kenneth Vernick at the University of Minnesota, now with Institut Pasteur. In 2007, Hillyer moved to Nashville, Tenn. to establish Vanderbilt University's mosquito immunology and physiology laboratory.  (See more.)

The Hillyer Lab is interested in basic aspects of mosquito immunology and physiology, focusing on the mechanical and molecular bases of hemolymph (blood) propulsion, and the immunological interaction between mosquitoes and pathogens in the hemocoel (body cavity)," according to his website. "Given that chemical and biological insecticides function in the mosquito hemocoel, and that disease-causing pathogens traverse this compartment prior to being transmitted, we expect that our research will contribute to the development of novel pest and disease control strategies." 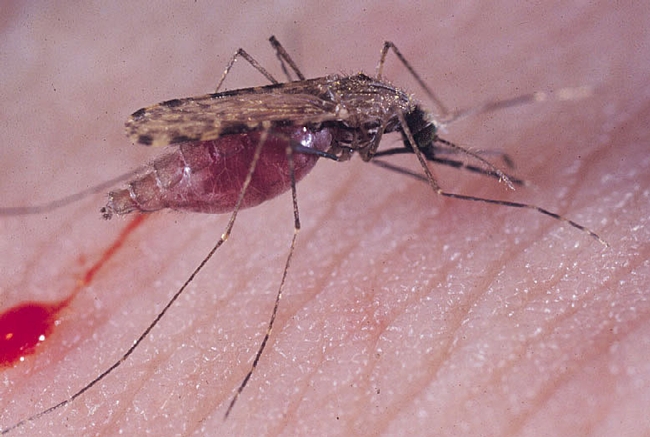