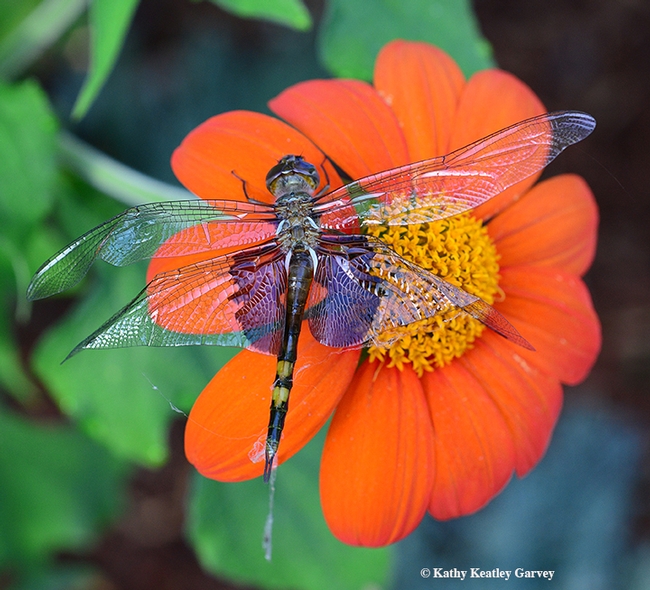 So there she was, flattened out on the patio on Mother's Day, and barely moving.

Vito, our curious canine, paused, sniffed, and then walked away. He was not at all interested.

This was a first--the first time I've seen a black saddlebags (Tramea lacerata) dragonfly in our Vacaville garden. They're easy to identify, what with the black saddlebags at their proximal ends.   Bohart Museum associate Greg Kareofelas identified the gender. Greg knows dragonflies!

This dragonfly is a glider and apparently doesn't perch much. Its habitat: marshy ponds, lakes, ditches and slow streams. We have none of those in our yard, but we do have a fish pond.

And a dog that sniffed out the black saddlebags.

Scientists tell us that North America is home to seven species of saddlebags, family Libellulidae  (skimmers) and genus Tramea (saddlebags).  You can find the black saddlebags, a migratory species, throughout the United States and into Canada and Mexico.

So what happened to Ms. Black Saddlebags?

I gingerly picked her up. Figured she was dying. I kept her safe for an hour and then positioned her on a green mat for a quick photo.

It was quick, all right! She twitched her flight muscles in the mid-morning sun, and off she flew, her wings glistening, but wobbling. She picked up speed and her visit was over.

Black saddlebags can reportedly reach speeds of 17 miles per hour. 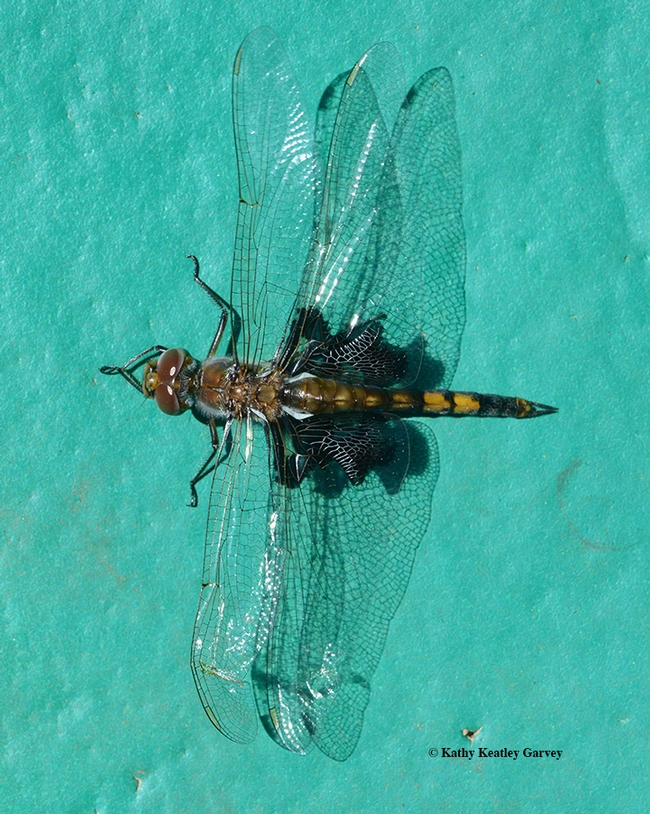