Waldo wanders around the world, gets lost in the crowd or scenery, and it's your job to find him. Where'd he go?

If you have a praying mantis in your yard, you probably play "Where's Waldo?" a lot.

In our yard, it's "Walda." She's a gravid (pregnant) praying mantis and she never stays in one spot for long.

Camouflaged in the bushes, motionless, and deep in "prayer," she's a lost cause.

And then you see where she is. The Stagmomantis limbata. The bushes stir, and the next thing you know, she's gripping a bee in her spiked forelegs. 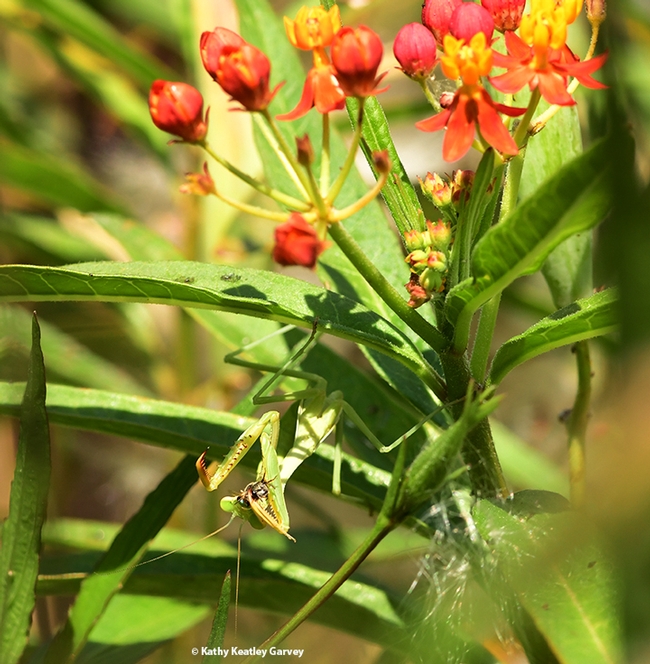 "Walda" snares a bee, probably a leafcutter bee, in a patch of milkweed. (Photo by Kathy Keatley Garvey) 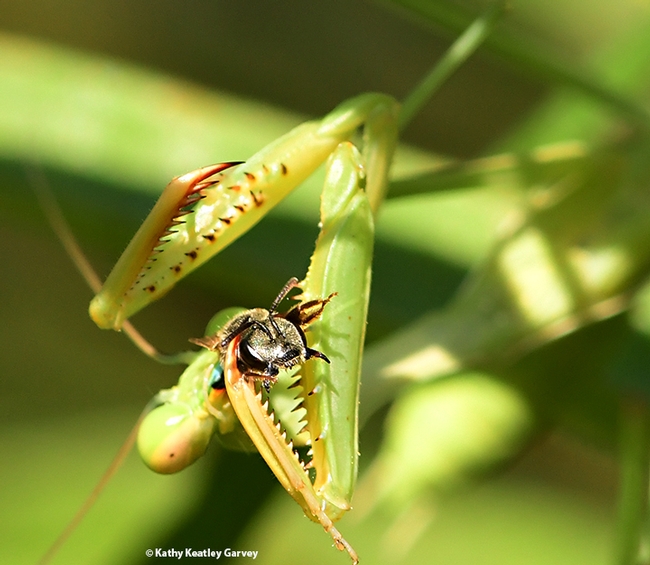 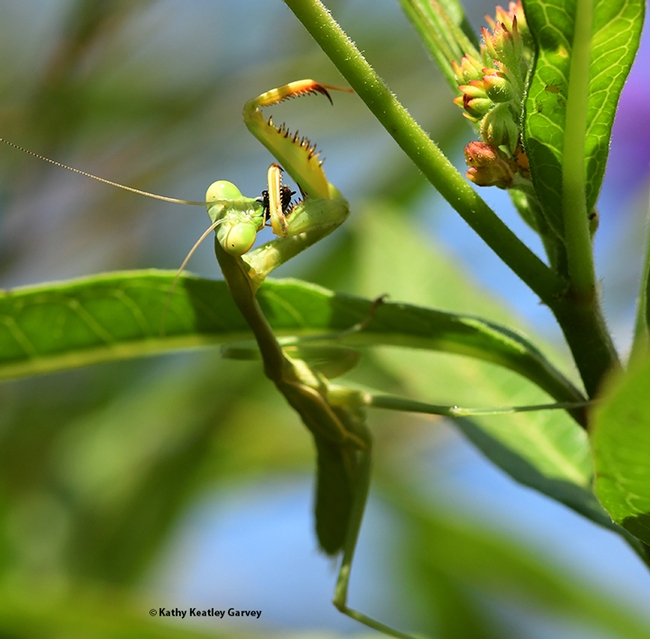 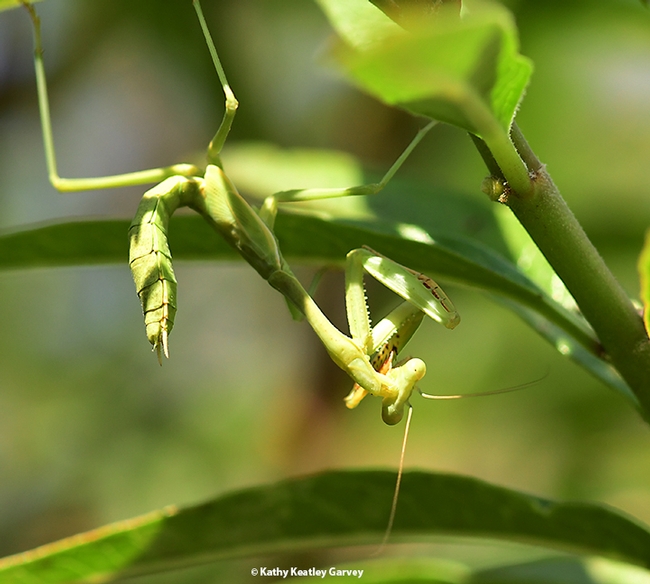 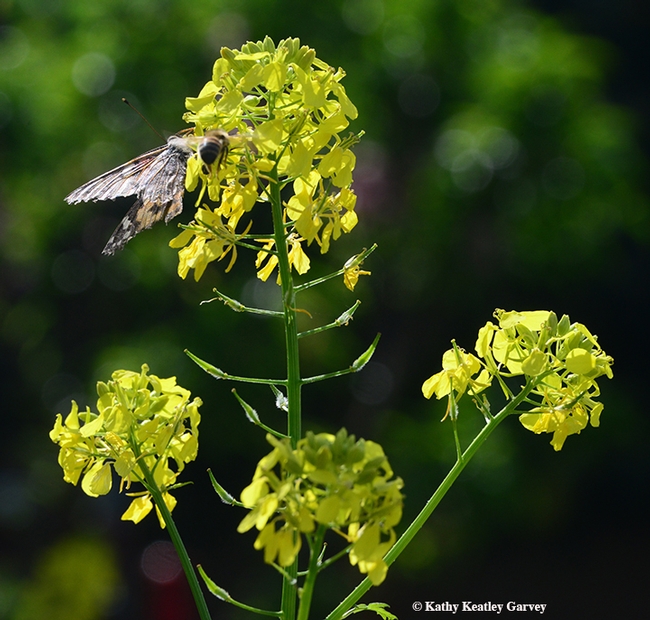 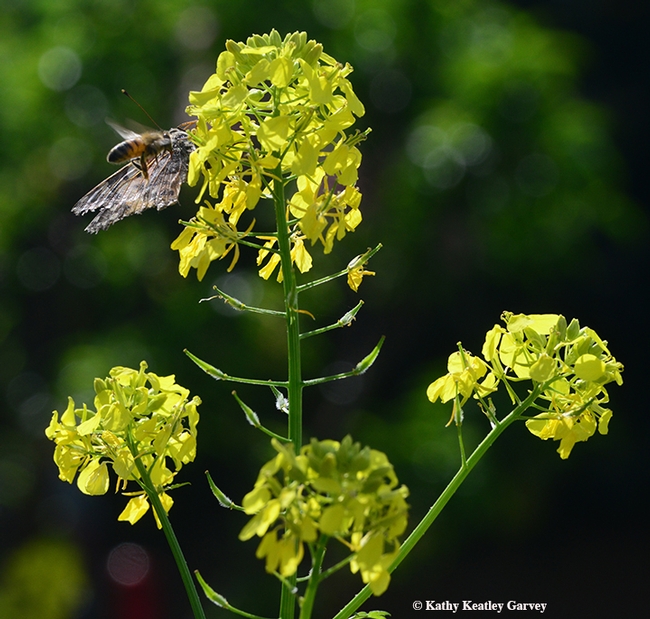 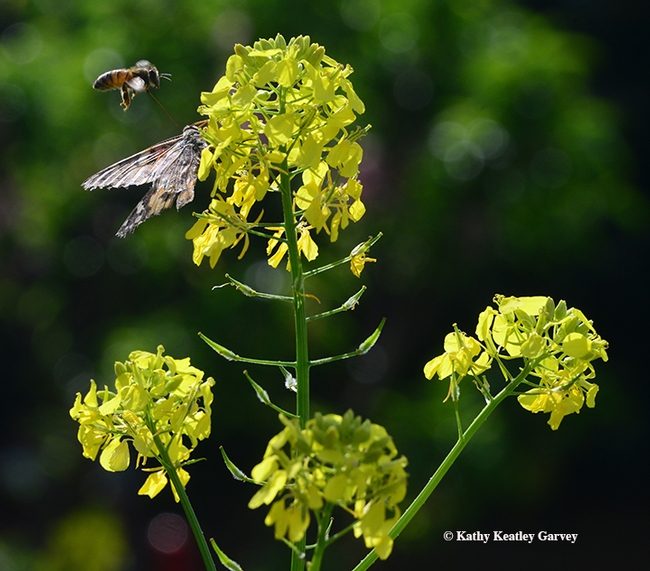 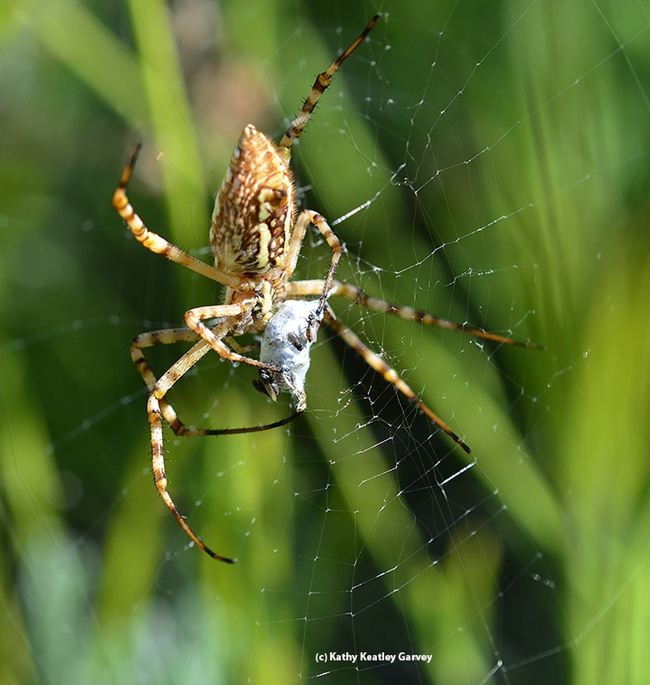 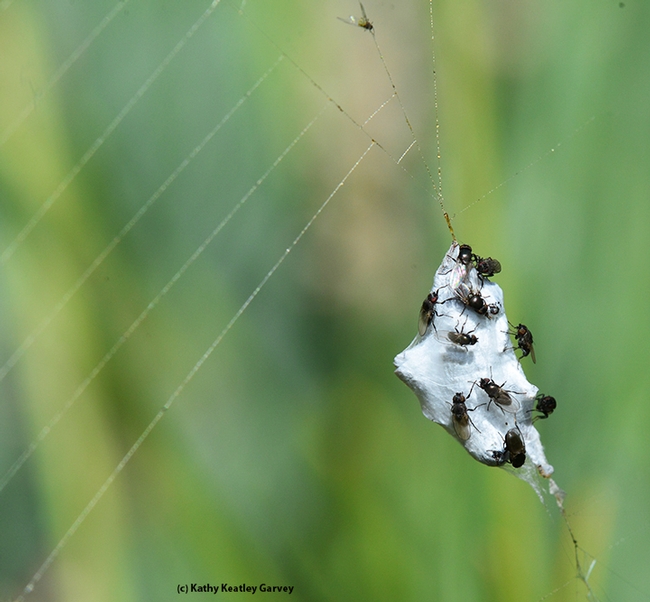 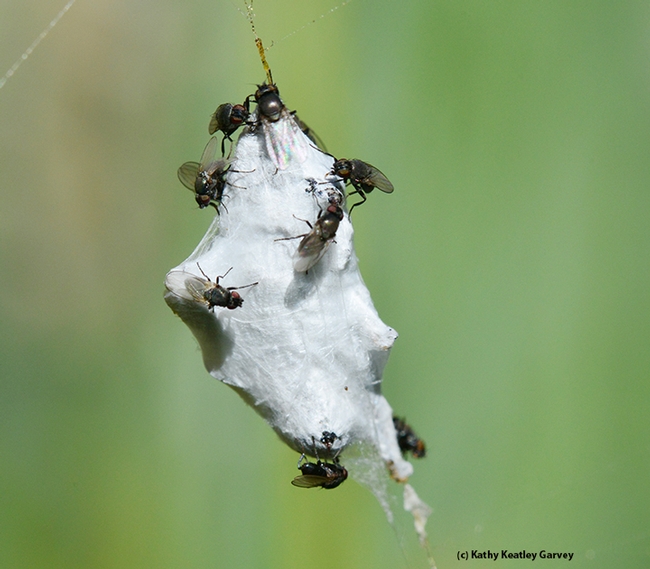 And a free snack.

That is, if you're a freeloader fly.

If you've ever watched a spider snare a bee or other insect in its web, and wrap it like a fit-to-be-tied holiday present,  you've probably seen tiny little freeloader flies dining on the prey.

They are so tiny--usually 1 to 3 mm in length--that it takes a keen eye to spot them if they're not moving. The eyes are often red though "this need not be obvious because many species of the flies are small and dusky."

The close-up below is a hand-held photo taken with a Canon EOS 7D with a MPE-65mm lens.

Freeloader flies belong to the family Milichiidae. The close-up below may be in the genus Desmometopa, but it's difficult to tell by the image, says Martin Hauser, senior insect biosystematist  with the  Plant Pest Diagnostics, California Department of Food and Agriculture.

As it turned out, the spider dropped its prey and the freeloaders flies didn't have to leave the table. 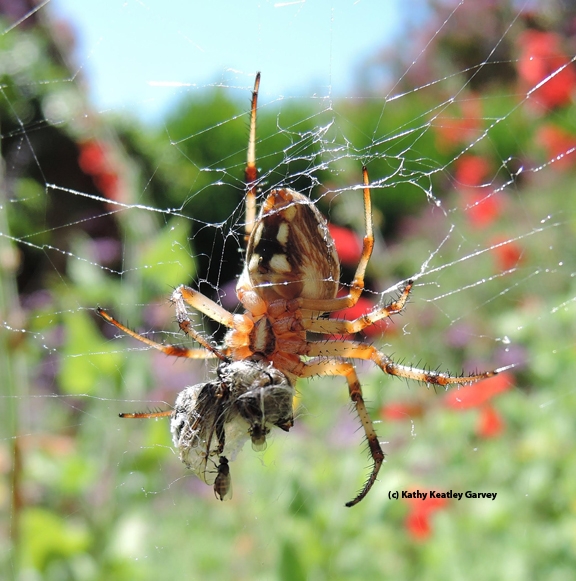 A freeloader fly dines on a bee freshly killed by a garden spider. (Photo by Kathy Keatley Garvey) 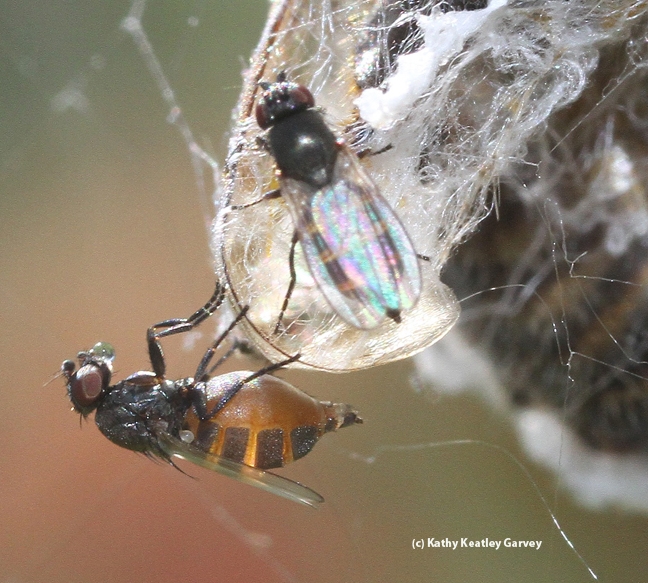 So it is with Peter Pan Agapanthus (Agapanthus africanus), a dwarf version of a spectacular flower known as Lily of the Nile.

It won't grow up.

And that's a good thing.

It's fascinating to watch honey bees gleefully slide down the funnel-shaped blossom as if they possess an E ticket. The funnel is a floral playground and the bees are Peter Pan bees. 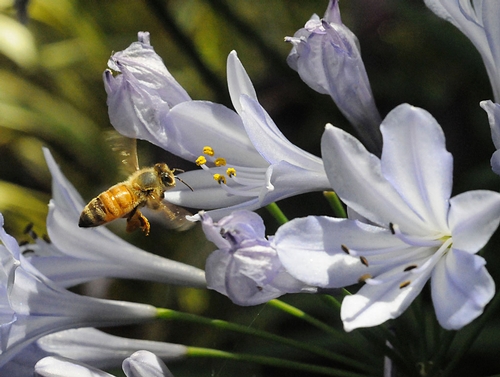 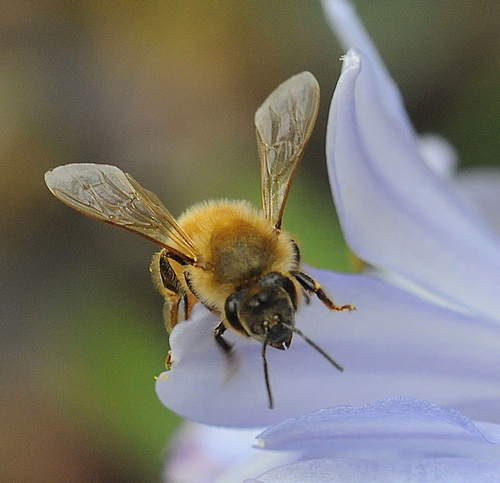 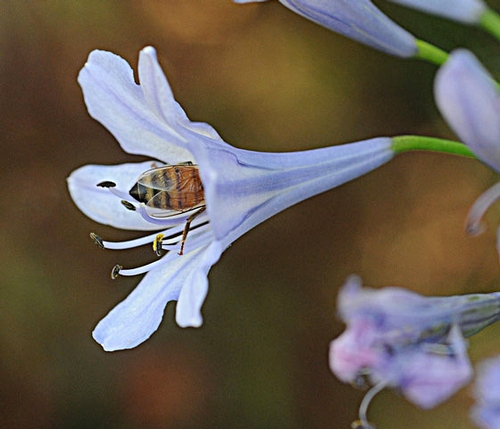