Bug Squad
sitenum=63
Happenings in the insect world
Monika Egerer: About Those Wild Bees and Natural Enemies in Urban Gardens Egerer will speak on "Entomological Investigations in Urban Gardens," focusing on wild bees and natural enemies in urban gardens in Germany, at a virtual seminar hosted by the UC Davis Department of Entomology and Nematology on Wednesday, Nov. 24.

More than 60 percent of our world's population will live in cities in the next decades, Egerer says in her abstract. "Urban agriculture has great potential to support arthropod biodiversity and thereby potentially enhance ecosystem services such as pollination and pest predation for more sustainable food production. In this talk, I discuss interdisciplinary research on wild bees and natural enemies in urban community gardens in Berlin and Munich, Germany. Specifically, I examine how urban garden management can play an important role in supporting species diversity and the provision of insect-mediated services. Furthermore, I discuss citizen science initiatives that our group uses to engage the public in scientific research on urban biodiversity and ecosystem services."

After research work in Australia, Egerer joined the Institute of Ecology at the Technical University of Berlin in 2019 as an International Postdoc Initiative (IPODI) postdoctoral fellow. In 2020, she was appointed to the professorship for Urban Productive Ecosystems in the TUM School of Life Sciences. A bee in an urban garden in Germany. (Photo courtesy of Monika Egerer)
Her most recent peer-reviewed publications include:

The Department of Entomology and Nematology seminars are coordinated by nematologist and assistant professor Shahid Siddique, who may be reached at ssiddique@ucdavis.edu for any technical issues. 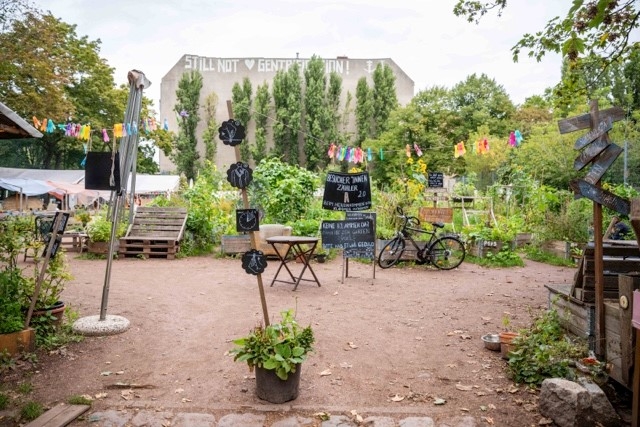 Steve Daubert (Photo by Catherine Daubert)
If you're not around the University of California, Davis, on Sunday morning, Sept. 29, you should be.

Daubert, a molecular scientist in the UC Davis Department of Plant Pathology, not only writes scientific technical text, but he also writes short stories, illustrated with his own photographs. He blogs at threadsintheweb.com.

The free butterfly tour around campus, sponsored by the UC Arboretum, is set for 11 a.m. to 12:30. He'll discuss the "flowers that sustain our native butterflies and the plants that support these larval stages," according to Arboretum officials.

The participants will meet on the Wyatt Deck at the Arboretum. All ages are welcome. No reservations are required. (See maps)

"I would hope we see at least tiger and pipevine swallowtails, field and duskywing skippers, gray hairstreak, alfalfa sulfur and cabbage white--and when anything else floats by, we will be ready," Daubert told us.

Daubert "teaches by drawing you into the drama, excitement and beauty of nature," commented Don Glass, host of the National Public Radio-syndicated program, "A Moment of Science." (Vanderbilt University Press, July 2009)

On his website, Daubert writes: "There are countless stories out there in the wild world. They bubble up from the middle of the ocean or from a shady streamside eddy—from anywhere you stop to appreciate the natural out-doors. Those ideas grow and fuse; they evolve when viewed from each other’s perspective. Sometimes they present themselves as narratives that demand to be written down and explored further. Such as the spontaneous inspiration for the tales written on this site.”

Daubert describes himself as a “writer of short stories in ecology, geology, astronomy—topics from the natural world.”  Read more about him here.

Meanwhile, check out his stunning photograph of the variable checkerspot butterfly (Euphydryas chalcedona). That alone will draw you into his world of  "spontaneous inspiration." 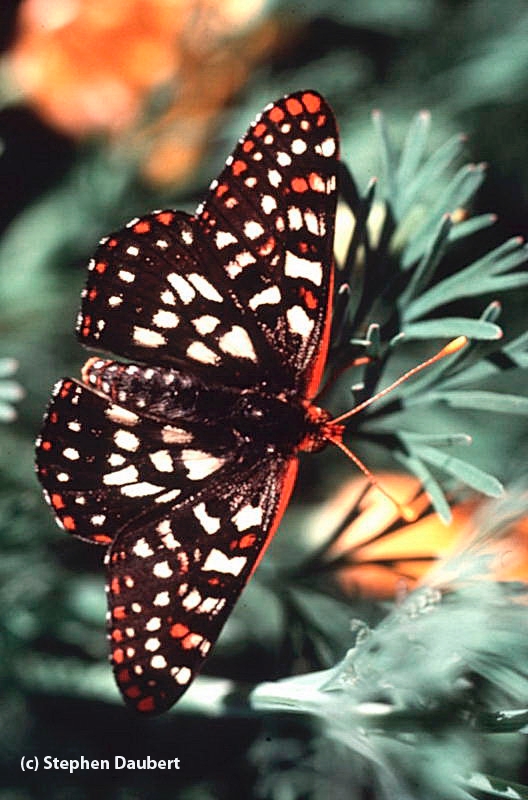 This photo, by Stephen Daubert, is of a variable checkerspot (Euphydryas chalcedona). 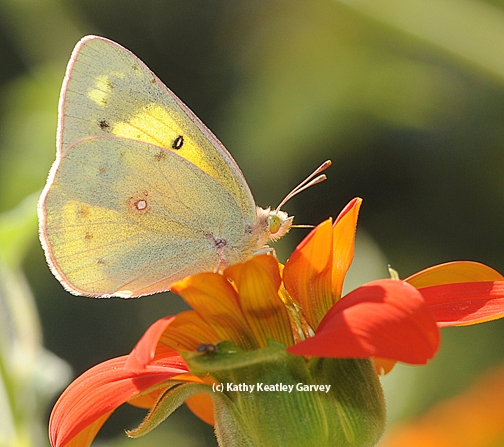 The times, they change. Standard textbook knowledge, that can change, too.

For several decades,  few people challenged "the hump-shaped model" developed in the early 1970s by British ecologist Philip Grime who proposed that the number of species rises, then declines with increasing productivity.

Today an international team of 58 ecologists announced that habitat productivity does not predict the diversity of plant species, as previously assumed for several decades.

The groundbreaking research, to be published Sept. 23 in the journal Science (the embargo lifted today at 2 p.m., Eastern Standard Time) shows  “no clear relationship between productivity and the number of plant species in small study plots,” said Utah State University plant ecologist Peter Adler, lead author of the paper.

For more than 30 years, the relationship between net primary productivity and species richness has generated intense debate in ecology about the processes regulating local diversity. The original view, which is still widely accepted, holds that the relationship is hump-shaped, with richness first rising and then declining with increasing productivity. Although recent meta-analyses questioned the generality of hump-shaped patterns, these syntheses have been criticized for failing to account for methodological differences among studies. We addressed such concerns by conducting standardized sampling in 48 herbaceous-dominated plant communities on five continents. We found no clear relationship between productivity and fine-scale richness within sites, within regions, or across the globe. Ecologists should focus on fresh, mechanistic approaches to understanding the multivariate links between productivity and richness.

The paper in Science is one of the first to emerge from the research, launched five years ago when the ecologists formed the Nutrient Network or “NutNet,” a cooperative research initiative dedicated to investigating biodiversity and ecosystem processes in global grasslands.

Among the 58 ecologists participating:  Louie Yang, assistant professor of entomology at UC Davis.

When asked about the research, Yang commented:  “It’s a really innovative approach to ecology. We conducted a coordinated study in diverse grasslands at the 48 sites and we pooled our data together to address some persistent issues in the field. In this paper, we show that plant diversity is not predicted by productivity in any general or simple way; instead, it looks like patterns of plant diversity result from more complex processes which are variable at local, regional and global scales.”

Yang’s research contributions to the network came from a field site at the Sagehen Creek Field Station, located near Truckee in Nevada County. He and Dan Gruner of the University of Maryland have managed a montane or highland meadows site (elevation 6500 feet) since 2007 for their research.

And how did the ecologists measure productivity? Yang talks about this on the UC Davis Department of Entomology website. You'll also want to read what Michael Willig of the University of Connecticut has to say about the paper:  Perspective on Biodiversity and Productivity.

Willig begins with: "Researchers predict that human activities—especially landscape modification and climate change—will have a considerable impact on the distribution and abundance of species at local, regional, and global scales in the 21st century." 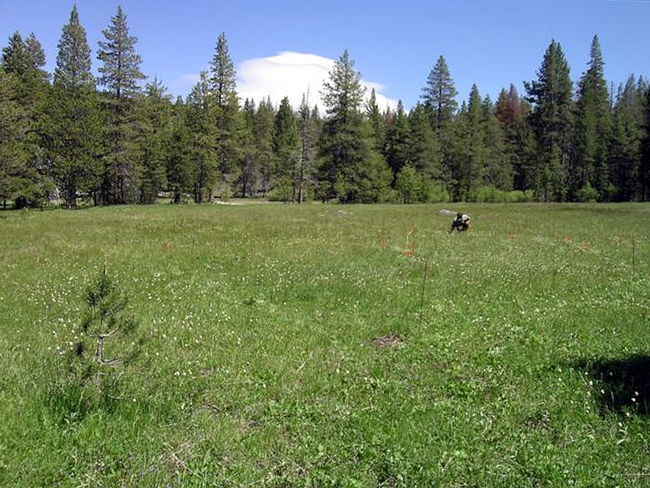