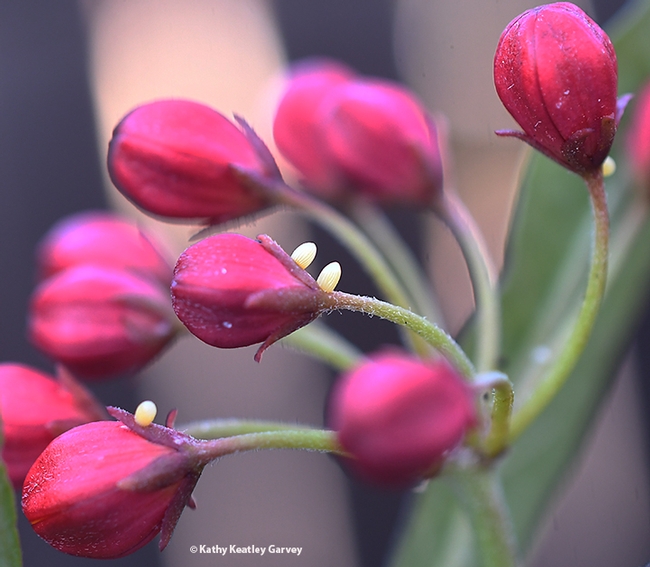 One of the highlights of Susan Cobey's class on "The Art of Queen Bee Rearing" is a visit to commercial queen bee breeders in Northern California.

Thursday, March 23 was not a perfect day to tour Koehnen & Sons in Glenn and Strachan Apiaries in Yuba City.

Rain stops the mating. So do cold temperatures. The thermometer has to read at least 70 degrees for the mating flights. Otherwise, it's a no-go.  A no-fly day.

The process from egg to larva to pupa to adult is almost miraculous. It involves using a grafting tool to remove the tiny, almost microscopic egg from the comb and transferring it to a queen cup. From there, it's back into the hive where the worker bees tend to the queen cells, feeding them royal jelly.

This month, however, proved to be one of the most rainy months on record. It rained nearly every day.

Many of the queens-to-be won't be. 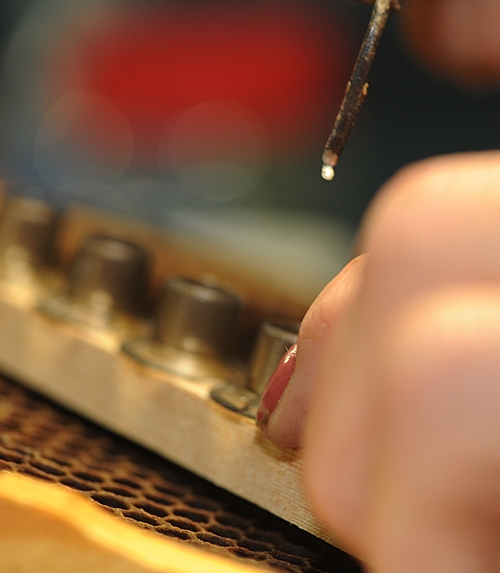 Egg
TINY EGG, a future honey bee queen, is moved from a comb to a queen cell cup at the Strachan Apiaries in Yuba City. (Photo by Kathy Keatley Garvey) 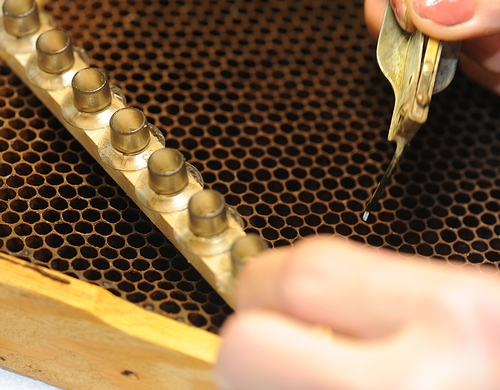 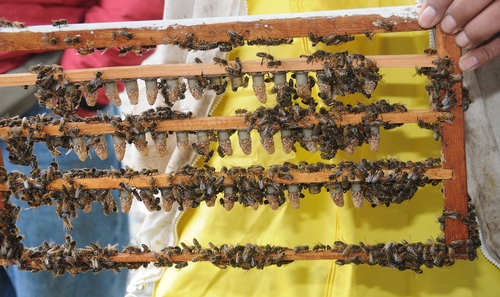 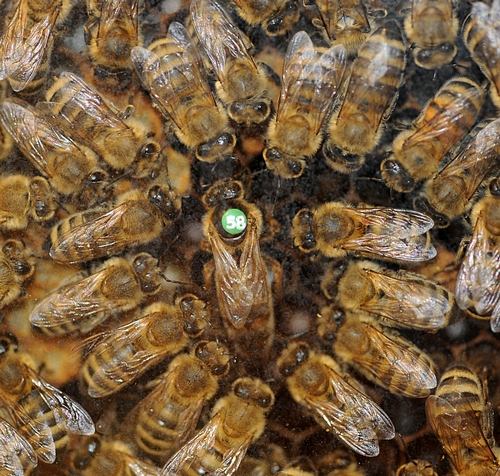