No, it's the mosquito.

Infected mosquitoes transmit diseases that  account for some 750,000 deaths a year, according to a recent article in Science Alert.

The mosquito is a piece of work. Remember when several UC Davis scientists were featured in a KQED-produced science video on "How Mosquitoes Use Six Needles to Suck Your Blood?"

So when noted molecular neurobiologist Leslie Vosshall of the Rockefeller University, New York City, speaks on "Neurobiology of the World's Most Dangerous Animal" on Wednesday, May 24 at the University of California, Davis, her audience will not only learn just how dangerous the most dangerous animal is, but learn about her exciting research.

The hourlong seminar, free and open to the public, is set for 4:10 p.m. in the Student Community Center, UC Davis. UC Davis molecular geneticist Joanna Chiu is the host. (Photo by Kathy Keatley Garvey)
She further explains: "Humans attract mosquitoes via multiple sensory cues including emitted body odor, heat, and carbon dioxide in the breath. The mosquito perceives differences in these cues, both between and within species, to determine which animal or human to target for blood-feeding. We have developed CRISPR/Cas9 genome-editing in the Aedes aegypti mosquito with the goal of understand how sensory cues are integrated by the female mosquito to lead to host-seeking behavior."

The seminar is sponsored by the College of Biological Sciences and the Storer Life Sciences Endowment. Host is molecular geneticist Joanna Chiu, associate professor and vice chair of the UC Davis Department of Entomology and Nematology. 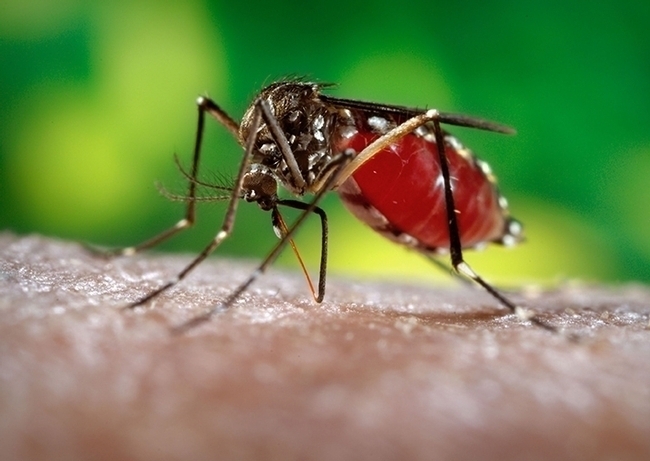 This is the yellow fever mosquito, Aedes aegptyi, which transmits dengue, Zika and other diseases. (CDC Photo) 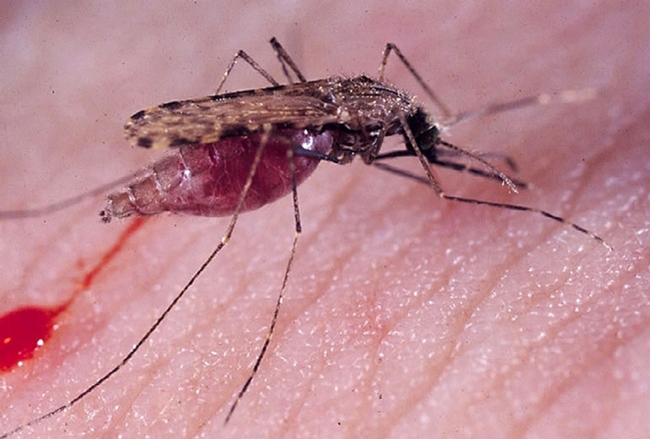 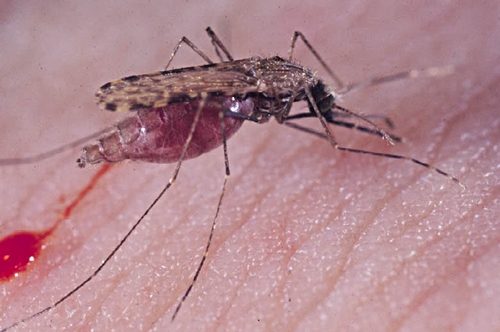 If you've ever smelled a mosquito gravid trap, you know it's not heaven-scent. This isn’t about the aroma of summer roses or the whiff of freshly baked cinnamon rolls or the fragrance of vanilla-laced skin cream.

No. This is something that stinks to high heaven. Probably low heaven, too.

It’s s-o-o bad (how b-a-d is it?)  that you just want to distance yourself from the stench: you hold your nose, mutter  “P.U.” and make like a Lightening Bolt (Olympic gold-medal sprinter Usain Bolt).

So he and his researchers set out to find a synthetic mixture that attracts mosquitoes but is odorless to humans. And they have. Their mixture, containing the compounds trimethylamine and nonanal in low doses, lures Culex mosquitoes just as effectively as the current gravid trap attractants. But look, ma, no smell!

They did it with what Leal calls "reverse chemical ecology."

The results are  published in the current edition of the Public Library of Science Journal or PLOS One.

This research could play a key role in surveillance and control programs for Culex species, which transmit such diseases as virus, encephalitis and lymphatic filariasis.

What are gravid traps? They're chemical- and water-infused traps,  sometimes called oviposition traps or ovitraps. They're meant to attract blood-fed mosquitoes searching for places to lay their eggs.  Scientists monitor these traps to determine the presence of West Nile-infected mosquitoes.

“The gravid traps are more important (than carbon-dioxide traps) for surveillance,” Leal said, “as they capture mosquitoes that have had a blood meal and thus, more opportunity to become infected.”

The compounds used in the research, Leal said, are “simple and inexpensive” and would be of great benefit “to not only us but third-world countries where Culex quinquefasciatus is a problem.”

The researchers did preliminary field testing in and but when aerial sprays mitigated the levels of West Nile virus-infested mosquitoes, they set up traps in , a city endemic for lymphatic filariasis. Leal is a native of Brazil. 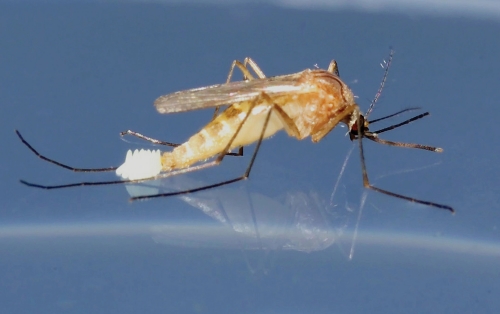 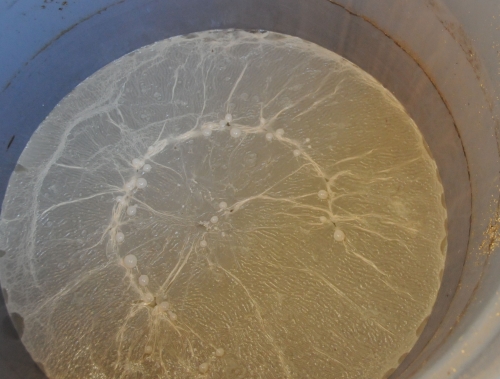 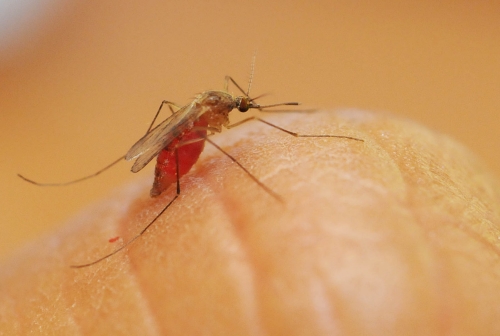 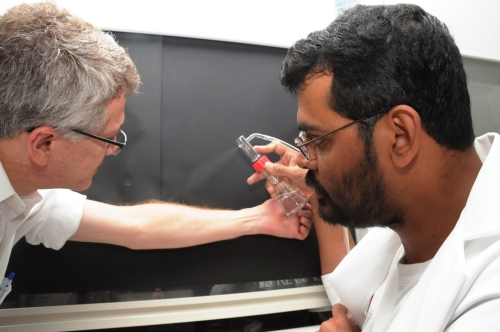 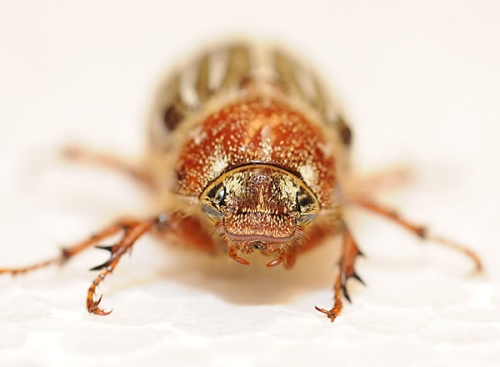 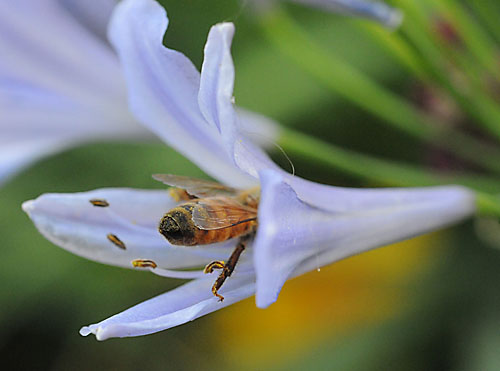 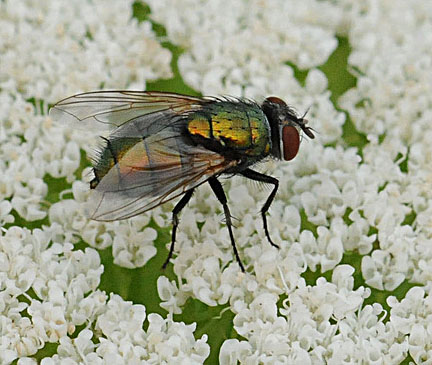 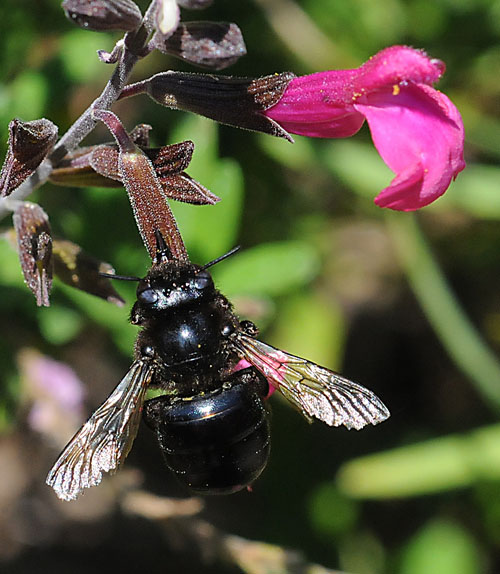 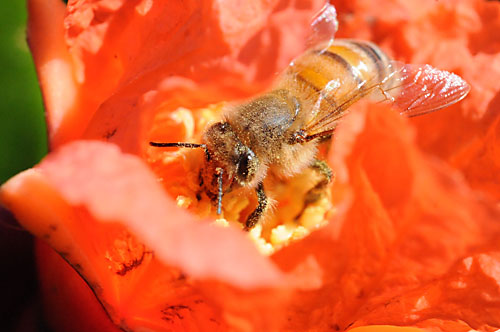 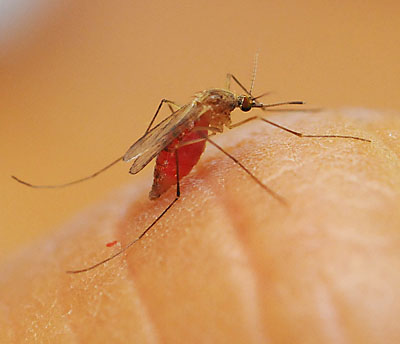 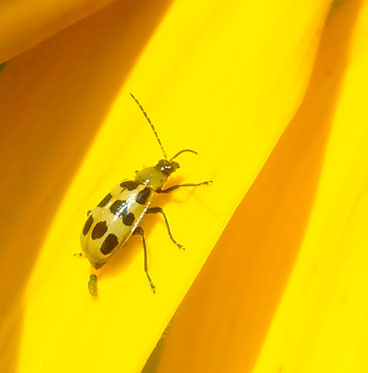