On a visit last week to the Häagen-Dazs Honey Bee Haven on Bee Biology Road, University of California, Davis, we saw a paper wasp (genus Mischocyttarus) foraging in the fava beans with assorted ladybugs, aphids and ants.

This particular genus is characterized by a long, narrow petiole between the thorax and abdomen. Talk about narrow!  We wouldn't be surprised if the term, "wasp waist" (referring to women girdling their waists in the 19th and 20th century to look "becoming") originated with Mischocyttarus.

The meaning of  Mischocyttarus? It comes from two Greek words, mischos meaning "stalk"  and kyttaros meaning "cell of a honeycomb."

Its family is Vespidae (yellowjackets, paper wasps, and hornets; and potter, mason and pollen wasps) and its subfamily is Polistinae (paper wasps).

The Häagen-Dazs Honey Bee Haven, a half-acre bee friendly garden located next to the Harry H. Laidlaw Jr. Honey Bee Research Facility, is full of surprises throughout the year as insects share the garden meant for pollinators, especially honey bees.

The haven is open from dawn to dusk for self-guided tours; no admission is charged. The Department of Entomology is now offering guided tours ($4 per person). 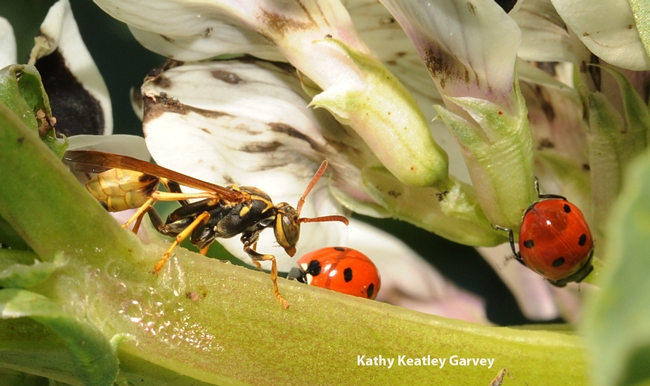 Paper wasp from the genus Mischocyttarus, goes head to head with a ladybug. (Photo by Kathy Keatley Garvey) 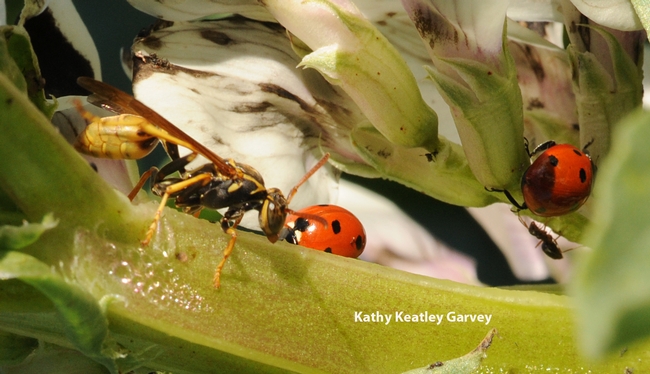 Paper wasp crawls past a ladybug. Note the ant by the other ladybug. (Photo by Kathy Keatley Garvey) 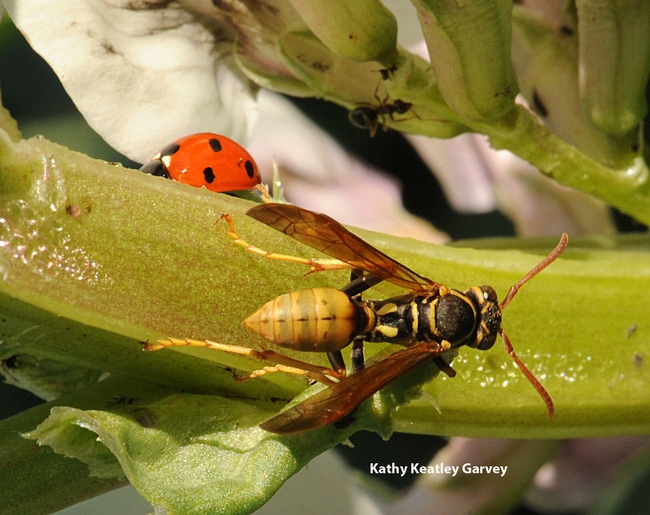 This photo clearly shows the long, narrow petiole between the thorax and abdomen. (Photo by Kathy Keatley Garvey) 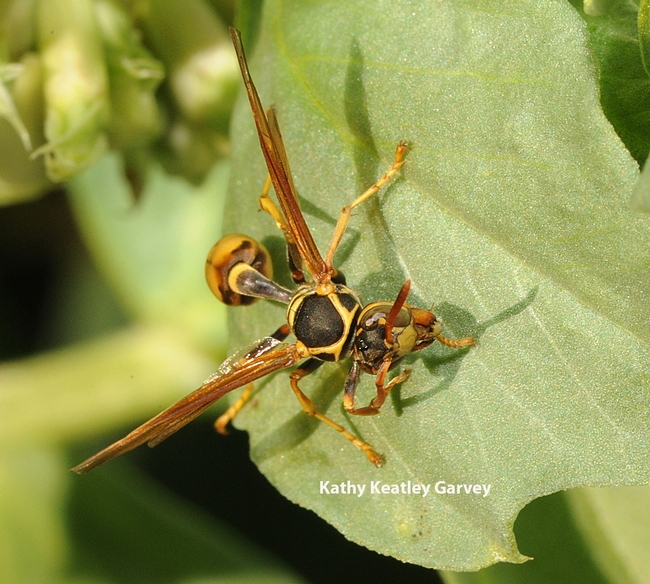 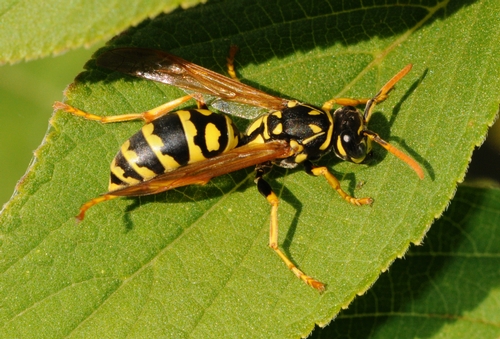 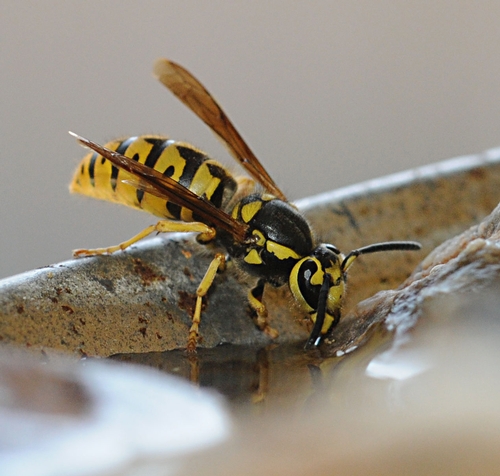 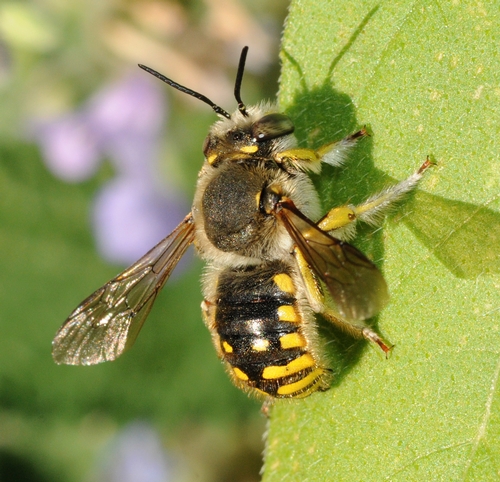