When you first see the leaffooted bug, you know immediately how it got its name.

This morning we saw one in our catmint (Nepeta) patch. It crawled beneath the tiny leaves, sharing space with honey bees, European wool carder bees, butterflies and assorted spiders.

Tonight scores of them stormed our pomegranate tree.  In fact, they made the immature  fruit their kitchen, living room and bedroom.

Although the leaffooted bug (Leptoglossus clypealis) is a pest of pistachios and almonds,  we've never seen it on our pomegranate tree until today. Our tree, planted in 1927--back when Herbert Hoover was the U.S. president--has few pests. One year white flies attacked it mercilessly. Tonight leaffooted bugs claimed squatters' rights.

The adult bug is about an inch long with a white or yellow zigzag across its back. Shades of Zorro! Its most distinctive feature, however, are the leaflike appendages on its feet.

Back in 2009, integrated pest management specialist Frank Zalom, professor of entomology at the University of California, Davis, co-authored UC IPM Pest Management Guidelines on the leaffooted bug as it pertains to almonds. Zalom and his colleagues called attention to their needlelike mouthparts. The adults feed on young nuts "before the shell hardens." And after the nut is developed,  "leaffooted bug feeding can still cause black spots on the kernel or wrinkled, misshapen nutmeats."

As for our pomegranate tree, we're not sure how well these leaffooted bugs can probe the tough, leathery fruit.

We open the pomegranates with a serrated knife... 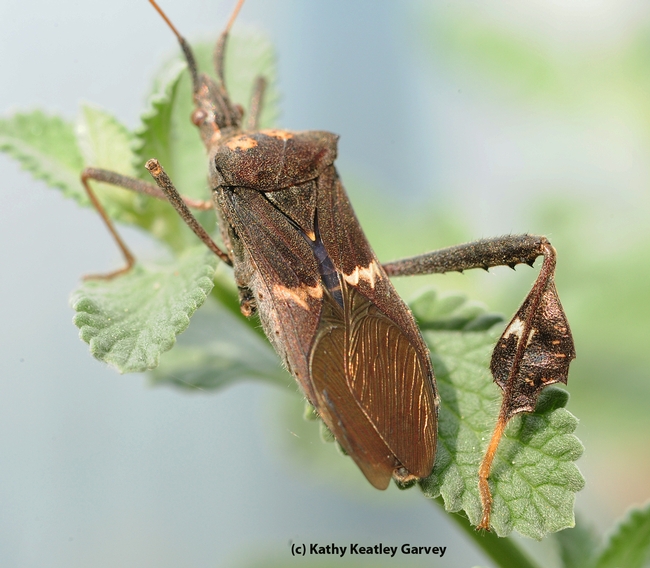 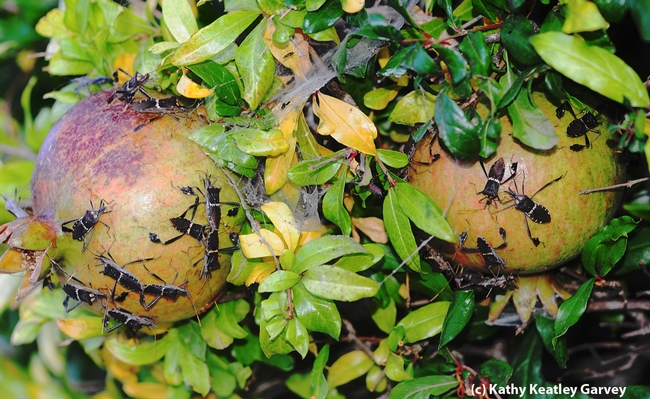 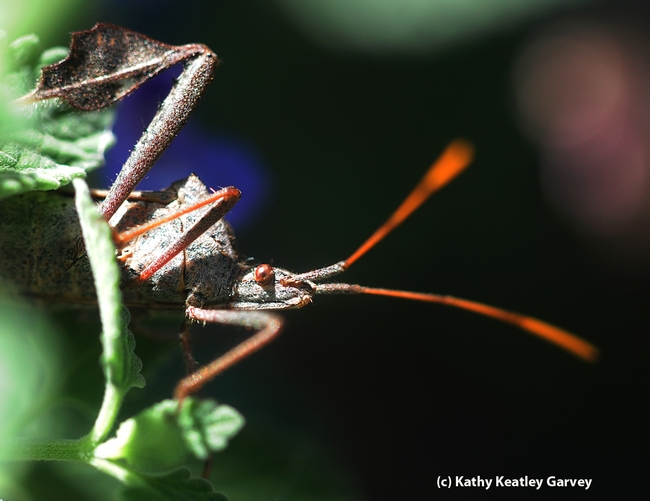 Chemical ecologists at the University of California, Davis, are changing their navel-orangeworm research direction after an elementary school student’s science project found that the major agricultural pest prefers pistachios over almonds and walnuts.

Gabriel Leal, 11, a sixth grader at Willet Elementary School, Davis, prefers pistachios over all other nuts so he figured that the navel orangeworm (NOW) would, too.

“Pistachios taste better,” reasoned Gabriel, whose family says he can eat an entire bag of pistachios at one sitting. Pistachios have long been his favorite nut, so why wouldn’t the navel orangeworm prefer pistachios over almonds and walnuts, too?

So the sixth grader hypothesized that the insect would lay more eggs in pistachios than in almonds and walnuts, contrary to widely published research that indicates an almond preference.

“But in science,” Leal said, “we should believe what we see, not what others tell us. I know that Gabriel prefers pistachios, but I assumed the navel orangeworm’s taste receptors were different.”

Wrong. Gabriel’s research showed that the insects preferred pistachios, just like him.

The findings led to a report at the Almond Board of California’s 32nd Almond Industry Conference, held Dec.  1-2 in Modesto, and launched a new direction of navel orangeworm chemical ecology research at UC Davis

Gabriel performed his research in his father’s UC Davis lab, under the volunteer supervision and mentoring of chemical ecologist Zain Syed.

“It was a ‘choice’ experiment where Gabriel placed mated and gravid (egg-filled) females in a cage,” Syed said. “He used four commercially available navel orangeworm traps (Ovitraps). One trap was filled with 50 grams of shelled pistachios, another with 50 grams of almonds, and the third with 50 grams of walnuts. The empty trap served as the control to check if the trap itself had any effects on attracting egg-laying moths. The eggs laid in the ovitraps were counted for two consecutive nights.”

Said  Leal: "Gabriel got enough replicates to demonstrate that female orange navelworms do prefer pistachios over walnuts and almonds.  We are very excited with our little scientist’s discovery. I reported ‘our’ findings at the state almond industry conference in Modesto.  And these findings changed our research direction, because we are now interested in determining what chemistry in pistachios attracts female navel orangeworms.”

“Oviposition (egg-laying) attractants derived from almond oil are used to monitor female populations in the field,” Leal explained, “but during hull split, the chemical from the natural source (crop) competes with the synthetic material in traps. If we use pistachio-derived attractants in the almond field there will be no competition throughout the flight season.”

So how significant a pest is the navel orangeworm?

According to research entomologist Brian Higbee of Paramount Farming, Bakersfield, "it is the primary and most destructive pest on almonds and pistachios." California has some 152,000 acres planted in pistachios, while the state's almond acreage totals more than 700,000.

"The economic impact of NOW damage varies from year to year, but it can easily reach $10-15 million for our company and much higher statewide," Higbee said.

The take-home message? "Well, in science we should never underestimate anyone's idea,” Leal said. “That's why the academic environment is so enriching: students come with new ideas, but I never imagined we would benefit so much from a science project for elementary school." 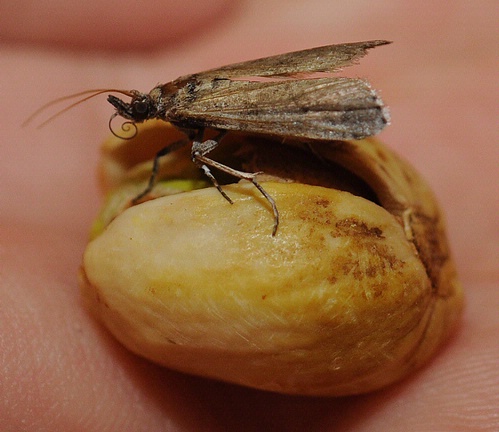 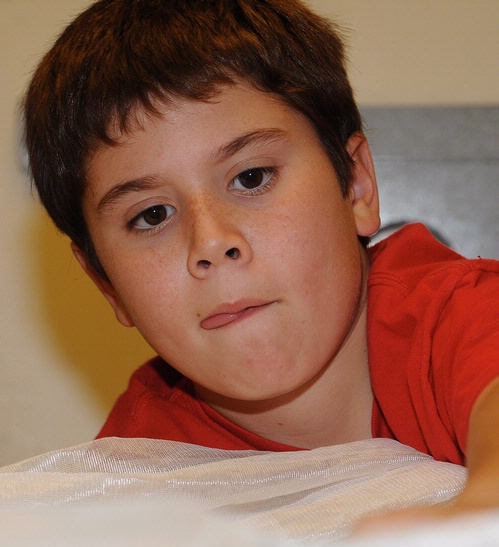