Born Jan. 6, 1946 in Lubbock County, Texas and reared on a family farm near the small town of Idalou, Les Ehler received his bachelor's degree in entomology from Texas Tech University, and his doctorate in entomology from UC Berkeley. He joined the UC Davis faculty in 1973 as an assistant professor, advancing in 1985 to professor of entomology and entomologist in the UC Davis Experiment Station. He retired as an emeritus professor in 2008.

The lodge is located off Garrod Drive. For more information, contact Brian Ehler at brian_ehler@yahoo.com or Harry Kaya at hkkaya@ucdavis.edu. (Visitor parking lot) For four decades he championed the use of natural enemies to control agricultural pests and warned of the dangers of pesticides.

At UC Davis, Dr. Ehler battled pests such as obscure scale and aphids on oaks, stink bugs on tomato, aphids on sugar beet and white fir, and beet armyworm on alfalfa and sugar beet. His expertise ranges from the theory and practice of biological control to the ecology and management of insects and mites in natural, agricultural and urban environments.

“Les was a meticulous researcher and an excellent applied field ecologist,” said colleague and close friend Extension entomologist Larry Godfrey of the UC Davis Department of Entomology and Entomology. “When he took on a research project, you were confident the project would be conducted well and all aspects of the system considered.  He made major contributions to our understanding of stink bug ecology and biological control of stink bugs.  Les was also excellent at transferring his knowledge via classroom teaching.” Professor Les Ehler with a sturgeon he caught in 2007, a year before he retired. (Photo courtesy of Larry Godfrey)
In a feature story written in January 2008, Dr. Ehler was quoted as saying: “When biocontrol is successful, it's permanent. Pesticides are no longer needed. You can get complete success with biological control, but it must be very specific to the pest to eliminate unwanted environmental effects."

In the late 1990s, Dr. Ehler discovered that pill bugs, also known as roly-poly bugs, prey on the eggs of stink bugs. Up to then, most entomologists classified pill bugs as strictly vegetarians. Stink bugs, major agricultural pests, suck the juices from legume and brassica seeds and fruit of other crops.

In the early 1980s, Dr. Ehler led the Davis team that documented the environmental impact of malathion-bait sprays used to eradicate the Mediterranean fruit fly. The organophosphate was credited with killing the medfly, but also beneficial insects such as honey bees, and natural enemies of various insect pests.

In one study, Dr. Ehler assessed the non-target effects of malathion in the Bay Area. His studies in Woodside, a San Mateo County community on the San Francisco Peninsula, revealed that populations of a native gall midge exploded 90 times the normal level. Ehler compared the gall midge population in Woodside -- where planes sprayed up to 24 malathion applications -- to the untouched Jasper Ridge Biological Preserve near Stanford University. The gall midge is a gnatlike insect pest that lays its eggs in plants; the burrowing larvae form galls.

“The stink bugs were overwintering in his backyard and in the spring, emerging to dine on mustard and then tomatoes,” Dr. Ehler noted in the feature story. “Stink bugs don't seem to prefer tomatoes — they like mustard and wild radish — but when these hosts were plowed under and no longer available, the bugs went for the tomatoes.” Solution: Don't cut the mustard. Plow it under only when the stink bugs aren't a threat to the tomatoes — that is, before they develop wings and disperse.

Quotes from the January 2008 feature story:

Emeritus professor Harry Kaya of the UC Davis Department of Entomology and Nematology said of his close friend and colleague:

"Les and I overlapped as graduate students at UC Berkeley and I have known him for over 45 years. We were reunited as faculty members at UC Davis when I joined the department in 1976. Les was the quintessential entomologist specializing in classical biological control.   His research was always thorough and complete and others have commented on his many contributions to the discipline. We co-taught a class on biological control for many years; he covered the theory and application of parasitoids and predators and I did the lectures on pathogens. Les made sure that the students understood the basis for the theoretical aspects of biological control and their application in the field. In the laboratory portion of the class, he took the students into the field to show them biological control agents in action and developed a useful pictorial handout for identifying the common parasitoids and predators found in California. Even in retirement, he assisted farmers in dealing with the stink bug problems in tomatoes."

"Les was the most organized person that I know. Everything in his research lab and office and home had a place and was neatly and logically organized," Kaya noted. "A few years before he retired, he had a plan on what he wanted to do and purchased a fishing boat. The first time we went out, it was clearly a case of the blind leading the blind. We lost more fishing gear without getting a single bite. Les did not see this as a setback, but as a learning experience. He went fishing with professional guides, learned from them, and became an excellent fisherman. He not only took me but many others fishing for striped bass in the Delta, salmon and striped bass in the Sacramento River, and trout, bass, and kokanee at Lake Berryessa."

"I have lost a good friend and colleague. I will miss the many entomological and other stories and his sense of humor we shared on our fishing trips."

Born Jan. 6, 1946 in Lubbock County, Texas and reared on a family farm near the small town of Idalou, Les Ehler received his bachelor's degree in entomology from Texas Tech University, and his doctorate in entomology from UC Berkeley. He joined UC Davis in 1973 as an assistant professor, advancing in 1985 to professor of entomology and entomologist in the UC Davis Experiment Station. Dr. Ehler was an avid fisherman and enjoyed fishing, particularly for sturgeon and salmon.

He is survived by his son Brian of Susanville, Calif., and daughter Mary Ehler Yung and husband, Eric, of Sacramento, and granddaughters Emma Yung and Georgiana Grace Yung.  He was preceded in death by his parents, brother Joseph, and sister Loretta.  He is survived by brothers Eugene (Mary) of Denton, TX, Howard (Rita) of Midland, TX and sisters Jan Chapman (Carl) of Houston, TX and Amy Willingham of Irving, TX.  He is also survived by numerous nieces and nephews. 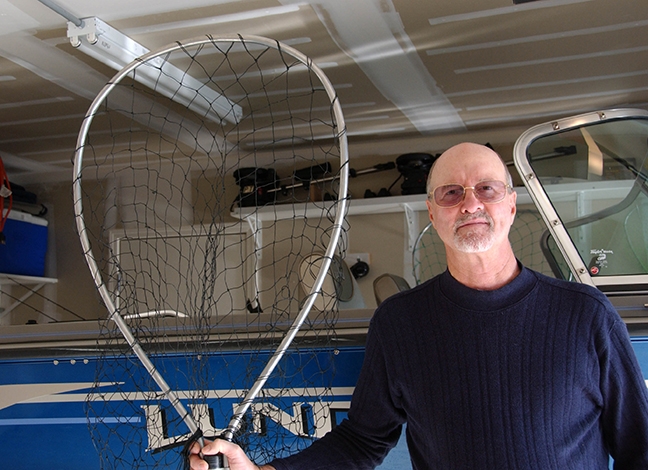 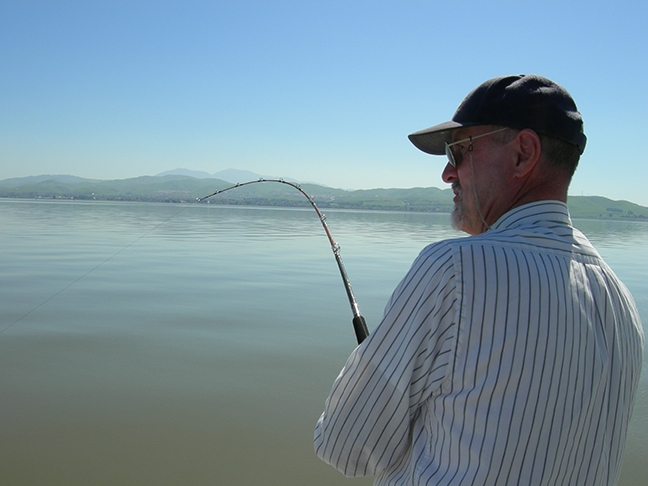