DAVIS--Newly published research in the Proceedings of the National Academy of Sciences (PNAS) indicates that a drug discovered and developed in the laboratory of Bruce Hammock,UC Davis Department of Entomology and Nematology, may have a major role in preventing and treating llnesses associated with obesity.

More than 43 percent of adults in the United States are obese, according to the Center for Disease Control and Prevention (CDC). Obesity increases the risk of coronary artery disease, stroke, type 2 diabetes, and certain kinds of cancer.

The drug, a soluble epoxide hydrolase (sEH) inhibitor, appears to regulate “obesity-induced intestinal barrier dysfunction and bacterial translocation,” the 12-member team of researchers from UC Davis, University of Massachusetts and University of Michigan discovered. The same non-opioid drug is being investigated in human clinical safety trials in Texas to see if it blocks chronic pain associated with diseases such as spinal cord injury, diabetes and inflammatory bowel disease.

“Obesity usually causes the loss of tight junctions and leaky gut,” said first author Yuxin Wang, a postdoctoral researcher who joined the Hammock lab in 2019 from the Department of Food Sciences, University of Massachusetts, Amherst. “In normal conditions, the gut mucosal barrier is like a defender to protect us from the ‘dirty things' in the lumen, such as bacteria and endotoxin. For obese individuals, the defender loses some function and leads to more ‘bad things' going into the circulation system, causing systemic or other organ disorders.”

Although intestinal dysfunction and other problems enhancing bacterial translocation underlies many human diseases, “the mechanisms remain largely unknown,” said Wang, who holds a doctorate in biochemistry and molecular biology from the Chinese Academy of Sciences. “What we found is sEH inhibition can repair the defender function (barrier function), decrease the ‘bad things' going into the blood (bacteria translocation), and reduce inflammation of fat.”

“Our research shows that sEH is a novel endogenous regulator of obesity-induced intestinal barrier dysfunction and bacterial translocation,” said corresponding author Guodong Zhang, a former researcher in the Hammock lab and now with the Food Science Department and Molecular and Cellular Biology Graduate Program at the University of Massachusetts. “To date, the underlying mechanisms for obesity-induced intestinal barrier dysfunction remain poorly understood. Therefore, our finding provides a novel conceptual approach to target barrier dysfunction and its resulting disorders with clinical/transitional importance.” Guodong Zhang of the University of Massachusetts, formerly of UC Davis (Photo by Kathy Keatley Garvey)
“Furthermore,” Zhang said, “in this research we showed that the effects of sEH are mediated by gut microbiota-dependent mechanisms. These research efforts could help to bridge two disparate fields, lipid signaling autacoids and gut microbiota, and hold great promise for success to create an important new research area.”

Corresponding author Hammock, a distinguished UC Davis professor who holds a joint appointment with the Department of Entomology and Nematology and the Comprehensive Cancer Center, praised Zhang's “amazing record while he was a postgraduate at UC Davis, and now in Food Science Department at the University of Massachusetts, where he recently received tenure.”

Zhang mentored two co-authors of the paper: Yuxin and Weicang Wang, both formerly of the Department of Food Science, University of Massachusetts and now with the Hammock lab.

“I feel so lucky that Yuxin and Weicang have joined my laboratory,” Hammock said. “The drugs studied in this PNAS paper are now in human clinical trials and on a path to replace opioid analgesics for pain treatment.  I hope the continuing work of Guodong, Weicang and Yuxin will evaluate them as treatments for a variety of inflammatory bowel diseases.”

Andreas Baumler, professor and vice chair of research in the UC Davis Department of Medical Microbiology and Immunology, who was not affiliated with the study, said: “Obesity-induced gut leakage and bacterial translocation can be ameliorated by targeting microbes with antibiotics, suggesting that the microbiota contributes to disease. However, the work by Zhang and co-workers suggest that rather than targeting the microbes themselves, obesity-induced gut leakage and bacterial translocation can be normalized by silencing a host enzyme, which identifies host metabolism as an alternative therapeutic target.”

In addition to Hammock, Zhang, Yuxin and her husband Weicang, the other eight co-authors on the team are:

The abstract: “Intestinal barrier dysfunction, which leads to translocation of bacteria or toxic bacterial products from the gut into bloodstream and results in systemic inflammation, is a key pathogenic factor in many human diseases. However, the molecular mechanisms leading to intestinal barrier defects are not well understood, and there are currently no available therapeutic approaches to target intestinal barrier function. Here we show that soluble epoxide hydrolase (sEH) is an endogenous regulator of obesity-induced intestinal barrier dysfunction. We find that sEH is overexpressed in the colons of obese mice. In addition, pharmacologic inhibition or genetic ablation of sEH abolishes obesity-induced gut leakage, translocation of endotoxin lipopolysaccharide or bacteria, and bacterial invasion-induced adipose inflammation. Furthermore, systematic treatment with sEH-produced lipid metabolites, dihydroxyeicosatrienoic acids, induces bacterial translocation and colonic inflammation in mice. The actions of sEH are mediated by gut bacteria-dependent mechanisms, since inhibition or genetic ablation of sEH fails to attenuate obesity-induced gut leakage and adipose inflammation in mice lacking gut bacteria. Overall, these results support that sEH is a potential therapeutic target for obesity-induced intestinal barrier dysfunction, and that sEH inhibitors, which have been evaluated in human clinical trials targeting other human disorders, could be promising agents for prevention and/or treatment.”

According to the CDC, many of obesity-related conditions that lead to diseases are preventable. In 2008, the estimated annual medical cost of obesity in the United States tallied $147 billion. The medical cost for obese individuals averaged $1,429 higher than those of normal weight. 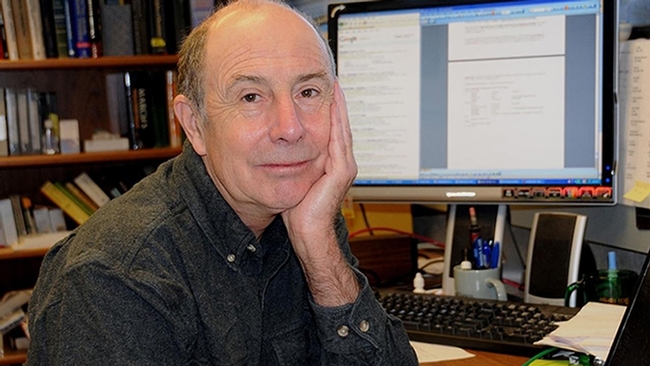