A newly published study by a team of  scientists at Chiba University, Japan and at the University of California, Davis shows that inhibiting an enzyme, the soluble epoxide hydrolase (sEH), plays a key role in curbing the inflammation associated with the development and progression of Parkinson's disease, an age-related brain disorder that affects a million Americans, mostly 60 and over.

The research, published today in the Proceedings of the National Academy of Sciences, is primarily the work of scientists in the labs of Kenji Hashimoto, a professor with the Division of Clinical Neuroscience, Chiba University Center for Forensic Mental Health, Chiba, Japan, and Bruce Hammock, UC Davis distinguished professor of entomology with a joint appointment in the UC Davis Comprehensive Cancer Center.

“Our research suggests that the sEH inhibitor may prevent the progression of Parkinson's disease (PD) as well as treat patients with dementia of Lewy bodies (DLB) if the sEH inhibitor is used in early phases of patients with these disorders,” said Hashimoto, whose career spans 30 years in the development of blood biomarkers and novel therapeutic drugs and includes more than 550 publications on the topic. “Both PD and DLB are chronic and progressive movement disorders. However, the precise causes of these diseases are largely unknown.”

Statistics indicate physicians diagnose 60,000 new cases of Parkinson's disease every year in the United States. The average age of onset is 60, and is more predominant among men. Kenji Hashimoto, professor with the Division of Clinical Neuroscience, Chiba University Center for Forensic Mental Health, Chiba, Japan.
Defining sEH “as a key regulatory enzyme involved in the metabolism of fatty acids,” Hammock noted that in “our previous research, we have found that sEH inhibitors treat neuropathic and inflammatory pain in humans and companion animals. These inhibitors stabilize natural analgesic and anti-inflammatory mediators. Now we're finding that these inhibitors play a key role in Parkinson's disease.”

Hammock said that the work by lead author Qian Ren and his colleagues in the Hashimoto lab “shows that markers and symptoms of Parkinson's disease in whole mice and in human cells with a mutation associated with Parkinson's disease can be treated with a small druglike molecule. By establishing this causal chain of events leading to Lewy body disorders we can better predict environmental chemicals that could predispose people to Parkinson's disease and possibly even treat the disease.”

The paper, titled “Soluble Epoxide Hydrolase Plays a Key Role in the Pathogenesis of Parkinson's Disease,” is co-authored by 14 scientists, including Professor Hammock and Jun Yang and Sung Hee Hwang, all part of the UC Davis Department of Entomology and Nematology and the UC Davis Comprehensive Cancer Center.

In research studies involving mice, the scientists found “that sEH plays a key role in the inflammation associated with PD pathogenesis and the mechanisms that lead to the disease,” Hashimoto said. “The sEH inhibitor or deletion of the sEH gene protected against MPTP-induced neurotoxicity in mouse brain.” MPTP is an acronym for methyl-4-phenyl-1, 2, 3, 6 tetrahydropyridine, a relative of cyperquat and paraquat herbicides. “Our findings indicate that sEH inhibitors or epoxy fatty acids mimics may be promising prophylactic or therapeutic drugs for alpha-synuclein-related neurodegenerative disorders.” Lead author Qian Ren of the Kenji Hashimoto lab, Division of Clinical Neuroscience, Chiba University Center for Forensic Mental Health, Chiba, Japan.
“Accumulating evidence suggests that various inflammatory processes play a central role in the pathogenesis of PD,” said Ren, an assistant professor at Chiba University Center Forensic Mental Health, Chiba University. “Studies using postmortem brain samples have demonstrated the involvement of inflammation, mitochondrial dysfunction, oxidative stress and the sEH enzyme in affected regions in PD patients. All of these biochemical disorders are treated by the experimental drug used in this study. It is likely that sEH inhibitors and other anti-inflammatory drugs, as well as neuroprotective drugs, will mitigate symptoms in PD patients.”

Robert Higgins, emeritus professor of neuropathology at the UC Davis School of Veterinary Medicine, said: "I find it exciting that Ren and colleagues illustrate a promising path to a drug to prevent the progression of Parkinson's disease. It is impressive how far this work has come since we collaborated with Shirley Gee and the Hammock laboratory on developing a sheep model of Parkinson's disease in the early 1980s."

Neurosurgeon Cesar Borlongan of Morsani College of Medicine, University of South Florida, who was not involved in the study, praised the findings as advancing “our understanding of how Parkinson's disease evolves.” Describing Parkinson's disease as “a devastating brain disorder that mostly affects the aging population,” he said: “There is no cure, only relief from symptoms which include tremors, muscle rigidity, slurred speech, and freezing of gait.”

“While we know that a certain group of brain cells that produce dopamine are selectively destroyed in Parkinson's patients, what triggers this brain cell death remains poorly understood,” said Borlongan, a distinguished professor and vice chair for Research, Department of Neurosurgery and Brain Repair. “In their paper, the authors observed that a protein called soluble epoxide hydrolase (sEH) may be key to the demise of the brain dopamine cells. In small and large animal models of Parkinson's disease, and further confirmed in a group of PD patients, this protein is highly elevated in specific regions of the brain implicated in dopamine cell death.”

Borlongan pointed out that “Equally compelling evidence demonstrated that using a drug that inhibits sEH can reduce brain inflammation and levels of sEH and effectively lessen PD-associated toxicity in the animal models of the disease. Clinical trials of sEH inhibitors in heart and lung disease have been ongoing over the last decade, and may facilitate the entry of these drugs for PD. These results advance our understanding of how PD may evolve, but also point to its novel treatment.”

Qing Li, a professor in the Department of Molecular Biosciences and Bioengineering, College of Tropical Agriculture and Human Resources, University of Hawaii at Mānoa, who also was not involved in the study, called Parkinson's disease “a devastating neurodegenerative disorder that affects patients and caregivers alike with a significant economic burden in the United States and worldwide.” Red tulips symbolize Parkinson's disease. (Photo by Kathy Keatley Garvey)
Li, who received his doctorate at UC Davis in 1990, studying with Professors Hammock and James Seiber, said “The authors brilliantly identified sEH as a potential therapeutic target and elucidated the mechanism of action of TPPU as a sEH inhibitor, preventing neurodegeneration. These findings provide insights into understanding the pathways in the complex pathogenesis of Parkinson's disease. Ultimately, the results of this study area crucial step toward helping our clinicians manage α-synuclein-related neurodegenerative disorders and providing patients and their loved ones a greater sense of hope for the future.” TPPU or 1-trifluoromethoxyphenyl-3-(1-propionylpiperidin-4-yl)urea, is an orally active, potent sEHinhibitor developed at the University of California and widely used around the world.

This basic research drew support from several grants from Japan, including the Strategic Research Program for Brain Sciences, and at UC Davis, grants funded by the National Institute of Health's Institute of Environmental Health Sciences (NIH/NIEHS), and the NIEHS Superfund Program.

The Hammock laboratory has published nearly 900 peer-reviewed papers on the sEH enzyme, discovered while Hammock and Sarjeet Gill (now of UC Riverside) were researching insect developmental biology and green insecticides at UC Berkeley. The work, begun in 1969, led to the discovery that many regulatory molecules are controlled as much by degradation as by biosynthesis, Hammock said. These epoxy fatty acid chemical mediators control blood pressure, fibrosis, immunity, tissue growth, and pain and inflammation.

To date, journals have published more than 17,000 peer-reviewed papers on the sEH enzyme and its inhibitors. Hammock credits the NIEHS for supporting his research in this area since the 1970s.

A Davis-based company, EicOsis, is developing inhibitors to sEH

to treat unmet medical needs in humans and animals. The company recently received a multi-million dollar grant from the NIH/NINDS Blueprint Program to move sEH inhibitors through phase I human clinical trials.  “We are developing a non-opiate analgesic to treat the chronic pain often associated with diabetes,” said William Schmidt, vice president of clinical development at EicOsis. “Once we have investigational new drug status from the Food and Drug Administration and have finished our phase I trial, physicians will be able initiate their own trials with the EicOsis compound on Parkinson's disease and other Lewy body disorders.” 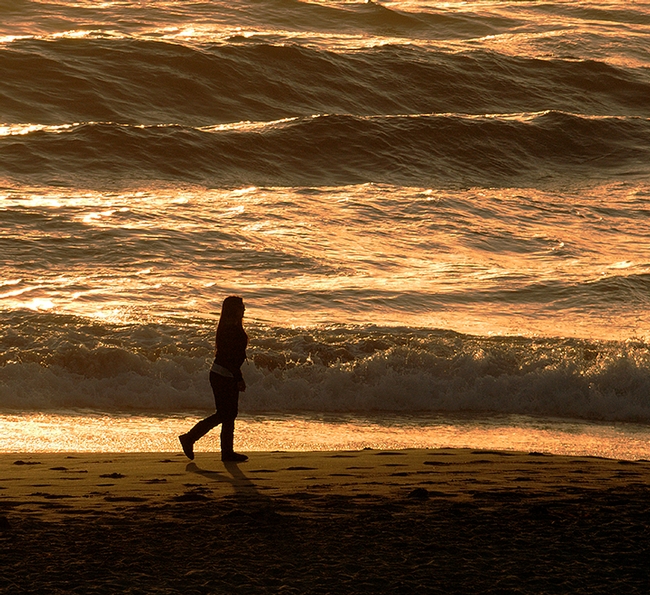