An Organic Herbicide that Seems to Work

When Richard Smith tells you that he is impressed with efficacy of an organic herbicide you better take notice. Richard shared his results on this blog site last year and showed good weed control with 'Suppress' from Westbridge. This OMRI approved herbicide is a mix of caprylic and capric acids and is a contact material that interferes with plant cells membranes causing leakage and desiccation.

It looked like a good fit for organic plasticulture systems such as strawberry that have wet weedy furrows which are difficult to access with mechanical tools because of proximity to plastic. We placed a trial in a very weedy field that also had one of the SoCal classics–yellow nutsedge. 'Suppress' at 6 and 9% by volume was applied to well-established weeds just before strawberry planting.

The effects of application were noticeable in minutes. We learned that: 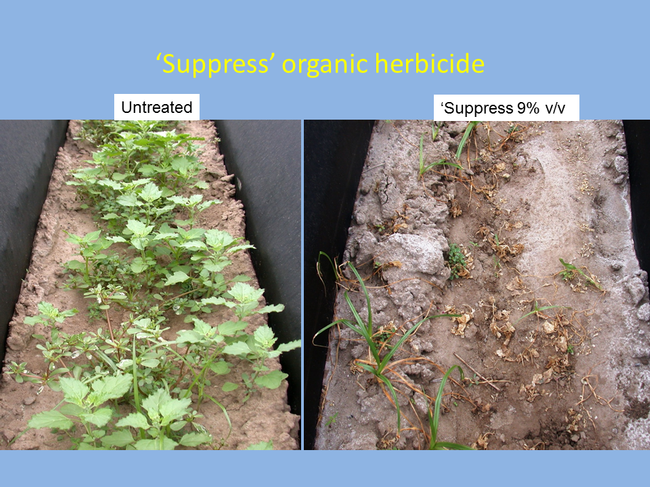