This  has been a hot time.  Look for irrigation problems, but also look for other weather related problems.  This is possibly the most shocking.

If you see your citrus tree suddenly collapse. It happens on a weekend or in a few days, and it has suddenly turned hot with a Santa Ana or Sundowner, it is quite likely "Dry Root Rot".  This is a situation where the water conducting tissues, the xylem, have been clogged by fungi and when a sudden demand for water comes from the weather, the tree collapses because it can not support the movement of enough water to satisfy that demand.  It is more common along the coast than the Valleyk, but it does occur there, as well.

It starts with some type of wound to the crown roots or stem - gophers or field mice nibbling away at the roots or crown.  Or damage from weed whipping or some sort of mechanical damage. This allows entry of the Fusarium fungus that causes the xylem clogging.  You can usually see the damaged tissue just below the bark, near the base of the tree. The damage has usually occurred several years prior and takes awhile for the fungus to do its clogging.  There's no know cure for this situation.  Cut the tree out.  It's not particularly contagious as far as we know.  The fungus is cosmopolitan, meaning it is found in most orchards, and it just waiting for a wound to invade.  You can replant into the orchard, but just avoid causing wounding.

Dead tissue below the bark 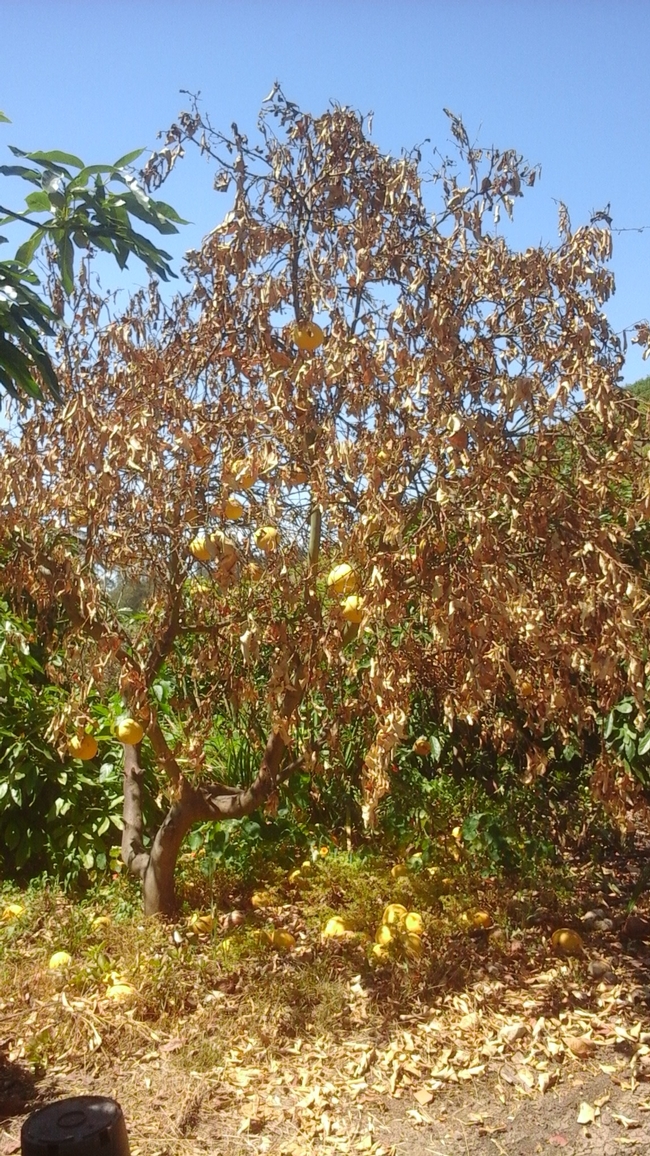 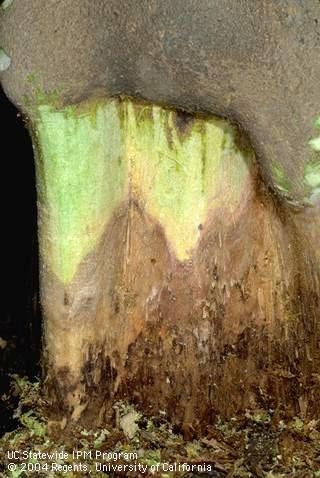