There are hundreds of known examples of S. lycopersicum ranging from tiny one inch fruits to monster specimens weighing one pound. Historically they were believed to be poisonous, but used decoratively in Italy in 1548. Not until 1692 are they mentioned in recipes. Typically red, they also appear in yellow, purple, pink, black, and striped varieties. There is increasing present-day interest in heirloom varieties. They are the most popular vegetables for the home gardener. Have you guessed yet? S. lycopersicum is known as “tomato” to most people.

If you haven't started tomatoes in your garden yet, it isn't too late. Although they are easily grown from seed, by June it is probably more prudent to buy starter plants. Your first decision will be to choose determinate or indeterminate plants. Determinate tomatoes grow to a certain size, then flower and make fruit. That's it, one crop and you're done. Indeterminate tomatoes, on the other hand, will keep growing and producing fruit as long as weather conditions are reasonably warm. Here in Southern California you can raise fresh, vine-ripened tomatoes nearly all winter. Space starter plants at least 3 feet apart. To produce a vigorous plant, place the stem horizontally in soil and gently bend the top. Roots will form all along the underground stem.

Seeds are easy to save, but they require extra processing to free them from their protective gel coating. Put your fresh tomato seeds in a glass of water. In a day or two the coating will dissolve, and the seeds will fall to the bottom. You may want to change the water daily. Dry them on a paper towel, and they will be ready for next spring. (This may be done with grocery store tomatoes, but there is no guarantee that those F1 hybrids will be identical to their parent.)

Nothing is more satisfying and tasty as your very own homegrown tomatoes. Enjoy!

No va va voom. Just the simple tracery of a rescued single-cane rose.

What a romantic vignette. Wait a cotton-pickin' minute! What are those dangling legs doing in my otherwise lovely picture? Those legs belong to eggs. Humpty Dumpty is alive and well and even has a son. Where there's a garden, there's hope. Comments: 0
Landscaping in Dry Conditions
Published on: May 6, 2014

Riverside, Calif.  UC Cooperative Extension will celebrate its 100th anniversary on May 8 at the Master Gardener Grow Lab facility and the Western Municipal Water District in Riverside from 6-8:00pm.

Join us at these great community events and enjoy a relaxing day while you learn about food production and saving water in your home landscape and fun science facts.

UC Cooperative Extension is home to the Master Gardener, 4-H, Expanded Food and Nutrition (EFNEP) and other agriculturally-related programs. The Master Gardener program alone provides gardening solutions to thousands of helpline and phone inquiries each year from Riverside County residents.

“One of the most profound ways in which UC touches people's lives is through the work of Cooperative Extension,” said Janet Napolitano, University of California President.

“We invite all area residents to join us at one or both of these free events,” said Eta Takele, County director and area agricultural economics advisor:

This event is sponsored by the UC Cooperative Extension, Riverside County and Western Municipal Water District.

“We look forward to contributing to a more sustainable future for our children and children's children in the next 100 years,” added, Eta Takele. As I said in my first blog, I love to visit gardens; and in Oct. my husband Pete and I spent some time in Paris. We took with us a wonderful book called Hidden Gardens of Paris by Susan Cahill, which has pictures, descriptions, and related information about 40 gardens in the City of Light. The must-see item for us was the La Promenade de Plantée (or, as we monolingual clods call it, the Promenade of Plants). This spectacular garden was built in 1993 on a decommissioned rail line and stretches nearly 3 miles from the Place de la Bastille eastward to the “ring road” that marks the informal boundary of the metropolitan area. When we topped the stairs at the Bastille end of the promenade we were rewarded with a feast for the senses, the mind, and the spirit. It was truly like stepping into another dimension 10 meters above the ground. The hustle and bustle gave way to peace and serenity. Occasionally we would meet a jogger or mothers with strollers (How they managed to navigate the steep stairs remains a mystery!), or someone just relaxing on a bench.

Instead of honking horns we heard the songs of birds and the buzzing of bees working the late-summer blossoms. From time to time a light breeze carried the scent of the roses that were putting forth their last flush of blooms. Who would have guessed you could find such peace, and even solitude in the middle of one of the world's largest cities?

As we strolled along the pathway we were able to look down onto small street-level parks and almost felt like invisible observers of life below. We also were able to enjoy gardens on the balconies and rooftops  of apartment buildings we passed. Not for the first time, I thought how nice it might be to live in Paris. At about the halfway point, the walkway descends to street level and joins the Parc de Reuilly. (Don't ask me how to pronounce it), a perfect place to stop for lunch. I'd like to say we stopped in a cute little neighborhood bistro, but we spent all our money on just getting here. We found a neighborhood grocery store and bought pre-made sandwiches, bananas, a bag of chips, and a bottle of wine (cheaper than a soft drink). We sat in the unpronounceable park watching people pretending we were Parisians. I have no doubt that we fooled everyone. With our bellies full, we were ready to continue our adventure. We discovered a series of tunnels, each decorated in different way, and when we left the last tunnel, we found ourselves entering a forest. Once again, we seemed to be miles, rather than meters, away from city life. There were many plants I didn't recognize, and as luck would have it, there was a gardener nearby pruning some shrubs. Using one of the few French phrases I know, I asked him if he spoke English. When I ask this question I usually get one of two answers: “No,” or, “A little.” If the answer is no, that usually means the person speaks a little English. If he or she says “a little,” I can be pretty sure we can communicate. In this instance, however, “No” was a correct answer. I tried sign language, and he spoke very slowly, but I never did find out the name of the delicate and fragrant plant pictured here.

When we reached the end of the “forest,” we found ourselves in another park, whose name I've forgotten, but by now we were close to the end of our trek and we didn't stop to smell the roses or any of the other fragrant lovelies. At this point the landscape became more wild and more like a midwestern plain. Somehow we were above street level again, and we were dying to find out what new wonder would reveal itself. What a delight it was to discover this charming school garden! But our adventure had an unsatisfying ending. As I noted at the beginning, the parkway was said to extend to the ring road, but a few yards beyond the school garden we ran into a fence. We thought there might be a continuation of the path that we had missed, so we retraced our steps, but if there was a continuation we never found it.

Maybe that means we have to return to Paris and try again. That would be fine with me, and now all we have to do is win the lottery. Someone told me we'd have to buy a ticket in order to win. Is that true? 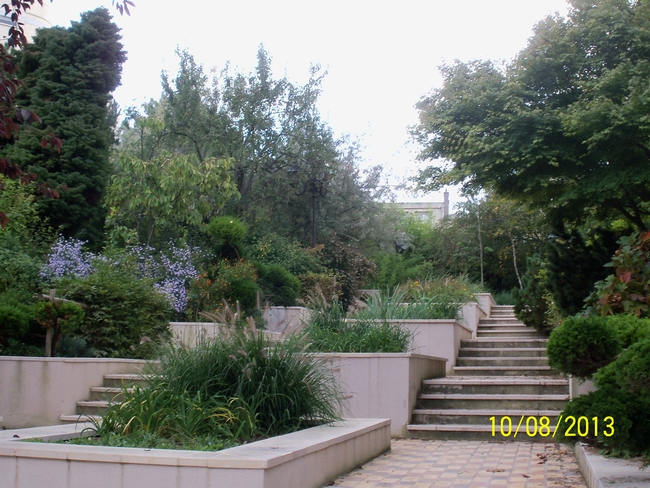 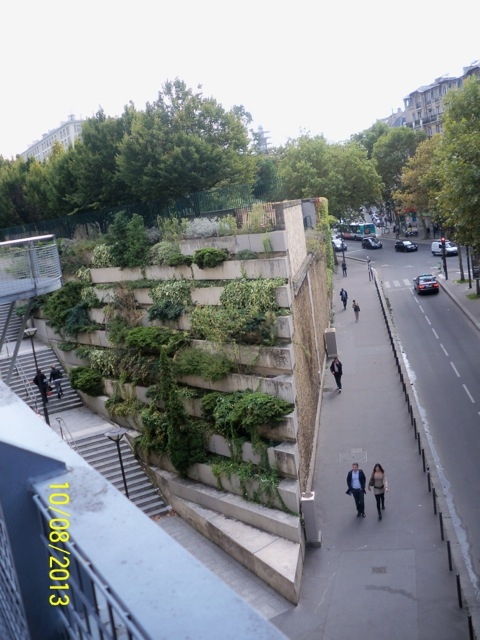 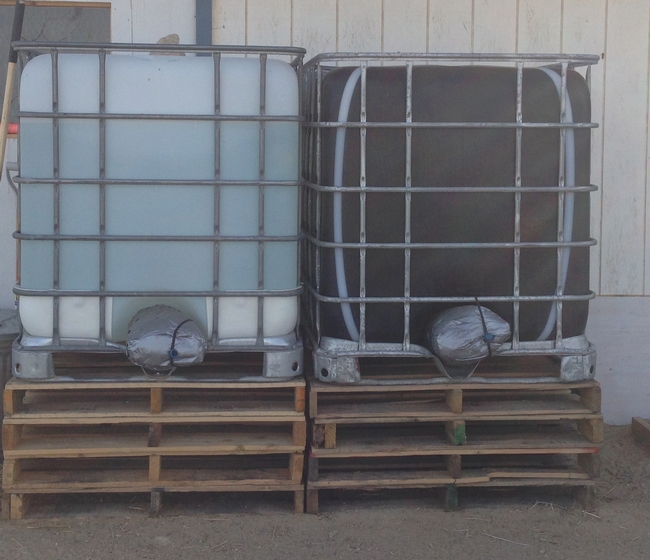