The drought has caused numerous conditions – physiological and pathological – that I have only seen in text books (see our newsletter article: http://ceventura.ucanr.edu/newsletters/Topics_in_Subtropics63007.pdf). But other phenomena are also occurring. Recently I saw a field of blackberries in full bloom and the other day a grower called in about a plum tree that was also in full bloom. What is going on? This is supposed to happen late winter/early spring. It turns out that often drought stress can supplant winter chill in some plant species. In this case, these two species are relatively low chill, meaning they don't require a lot of cold to break winter bud dormancy. The drought stress causes the buds to break dormancy.

This is similar to the “Verdelli” effect in lemons. This is a technique used to shift the period of optimum fruit production to a more profitable period, usually the summer when more lemons are used. In the case of plum and blackberry and other low chill deciduous tree crops, this would be pushing production into the coldest period of the year. It might work along the coast, but in the Central Valley it would probably just mean frozen fruit. But it's a possible method that we might play with. 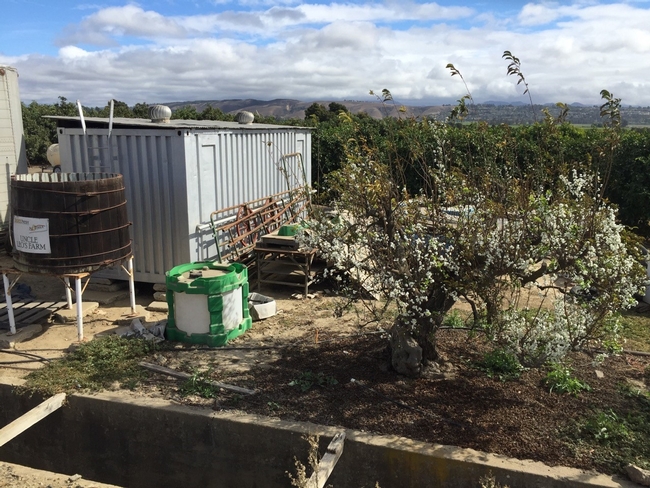