Ever in search of new crops and especially those that require little or no water, a recent notice in a Peruvian newspaper promotes a "new" crop that the local tourist industry is finding attractive:

Attractive Trichocereus peruvianus-like columnar cactus from southern Peru. Stems 10–20′ tall, spines up to 9″ long! Yellow tubular flowers and softball size fruit. Fruit purchased at one of the large traditional markets in Lima city. The flesh of the huge fruit is amazingly sour, as acidic as a lemon. Considered a liver and kidney tonic. We blended the pulp with a little honey-water to make a delicious and refreshing sanky-ade. More tolerant of cold and aridity than any lemon tree, could substitute in areas where lemons can't grow. Z8b
Seed packet $4
4-6″+ plant 3 years old $12.50 Or if Sanky doesnt fit the bill, how about growing  Rumpa? 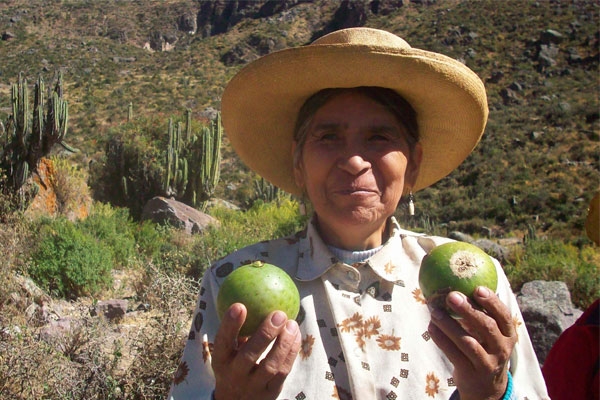 Growers are looking for alternative crops and drought tolerant ones are better than water intensive ones, right? So, here's a recent question from someone who wants to grow the latest, new food crop.  “What about growing a drought tolerant (in fact, it doesn't need any water) cactus fruit that will make money?”  Cool.

My first response is that it should do no harm. That should be a mantra when it comes to food, especially in this age of hyper-food safety vigilance. People are clever, though and foods that might be dangerous are often produced so that they can be eaten by most people. We do have acorns with tannic acid that need to be leached if you don't want to get severely sick.  Olives that need to be processed to edible. Puffer fish that with a wrong slice of the knife can kill you. There are any number of other foods that people have figured out a way to safely eat.

Rumpa is cactus fruit from Chile that has a lot going for it – high nutrient content, high polyphenolic antioxidants, high C, small seeds like kiwi and pitahaya, and tada, drought resistant for our drought prone state. So, it's a cactus, yeah, but it doesn't have the teeth crunching seeds of opuntia cactus fruit – the tunas or prickly pear – that can scare some people.  Too vigorous chomping on the wondrously flavored prickly pear fruit leads to the small, hard seeds.  Shocking, although they are safe to swallow, mostly. There are spines, but the fine spines on the rumpa fruit surface can be removed by rubbing on an abrasive surface. Not too vigorously, though since the fruit is quite delicate. This would be the same for the tuna fruit, too.  You can get rid of those spines with rubbing, too. So, eating the rumpa should be relatively safe.

The safety issue pops up with the spines on the stems. They are wicked thorns that protect the fruit with all the defenses needed to protect fruit in a hostile environment.  This is going to be a tough fruit to harvest.  Which may add to it glamour, like puffer fish.  Although in this case, it's not the consumer who is taking the risk, but the harvester. Or you could grow dragon fruit, which is a cactus relative, which has no spines on the fruit and a few on the modified stem/leaves. It's got entirely edible, beautiful seeds. The right variety of dragon fruit can be quite tasteful, although many are quite bland.

So back to the question posed by the grower. If it's safe to eat, do you want to grow it?

According to Francisco Meza in the link below (google translation):

“Its fruits, called rumbas, have a bitter taste similar to lemon, but less tart, which would prevent them from being consumed fresh. However, thanks to its nutritional qualities, such as a high content of vitamin C, and good flavor once sweetened, could be used in the processing of processed foods such as jams, juices and drinks. But that's not all, since according to experts it can also be used in the manufacture of cosmetics.”

So, the advantage California coastal ag has is its climate. That's the competitive advantage.  If it can be grown cheaper, processed and shipped here from somewhere else, it's not going to work competitively here.  It's hard enough competing with similar climates like Mexico's and Chile's where the shipping becomes a problem for perishables.  But that is being dealt with and it's becoming hard for out-of-season coastal blueberry growers to compete with imported fruit in the season that the coast has dominated for the last several years.

So grow rumba/rumpa/copao in Ventura commercially? It's safe to eat.  But it doesn't sound like something that you gotta have….now.  It sounds like it needs to be jazzed up, which means processing. It's hard to pick.  And the market needs to be developed.  So, it's probably not a good idea to grow it commercially on the coast. 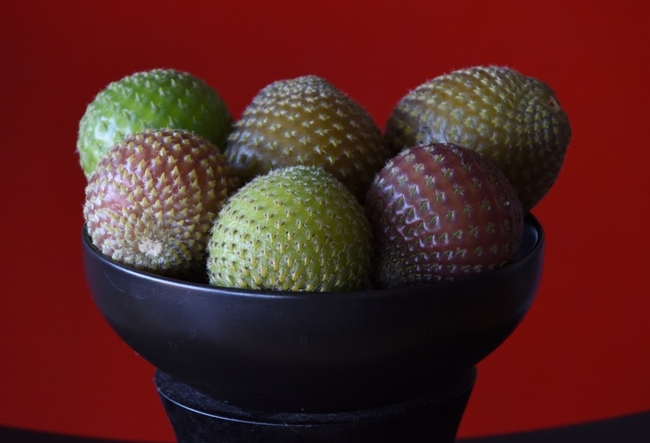 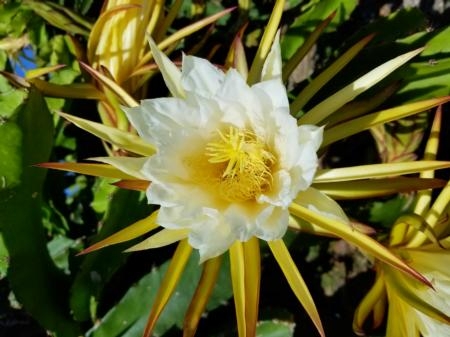