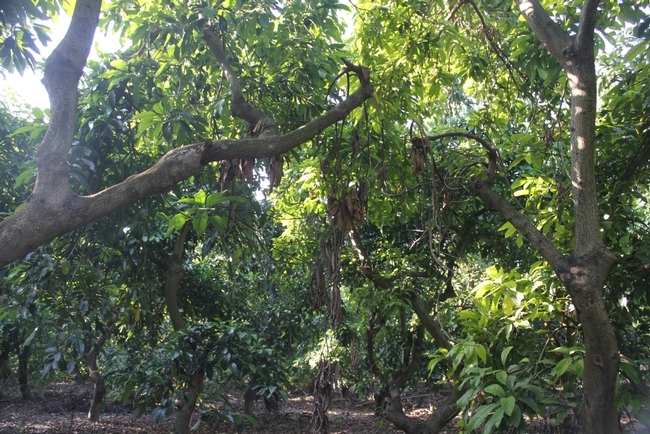 The first years of a tree's life are for building a structure for the future. Many varieties of trees are precocious and will bear fruit when they should be building structure. Letting a tree carry fruit when it is too young (under 2 years of age in the ground and some say 5 depending on the tree species) delays future good production and distorts the tree's architecture. A young avocado tree can be completely humbled (brought to ground literally) by the weight of the 12 ounce fruit. ‘Lamb Hass' wants to grow upright, but if the young tree is burdened with fruit early on, it will grow squat and twisted.

Another problem with precocious trees recently came up with ‘Meyer' lemon. Along the coast, this is a tree that will carry fruit throughout the year. It is a small tree naturally, but also because it puts so much energy into fruit production. If allowed to fruit to its full potential early, the canopy development is delayed and the fruit grows unprotected from winds. It is much more subject to wind scarring. Imagine the wind flailing the fruit around with no branches or leaves to protect it. Now the grower has a small, twisted fruit tree and fruit that can't be sold.

Give your young trees a chance to grow without the burden of carrying fruit to early.  They are your children.

Imagine all this fruit on a one year old canopy 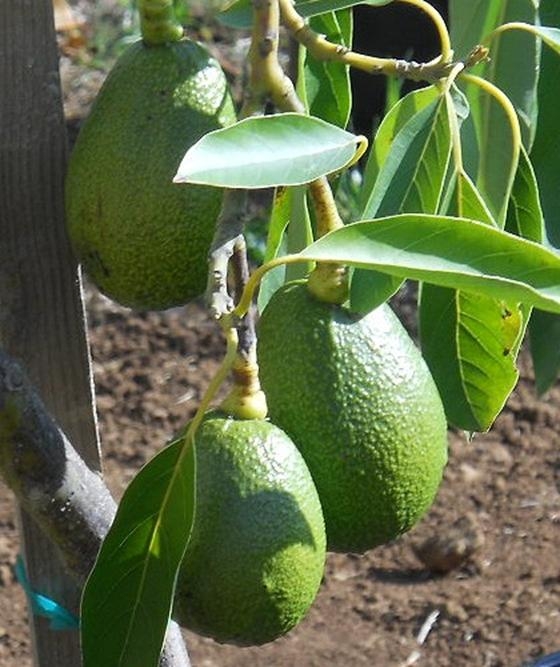 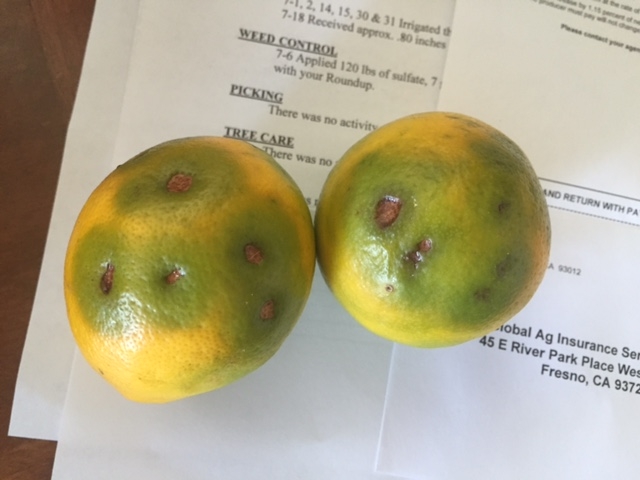 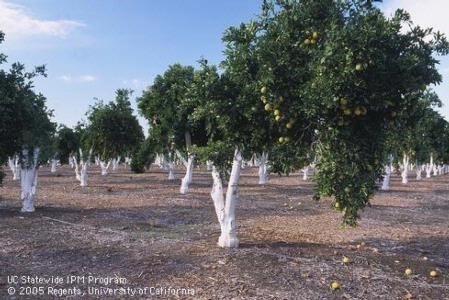 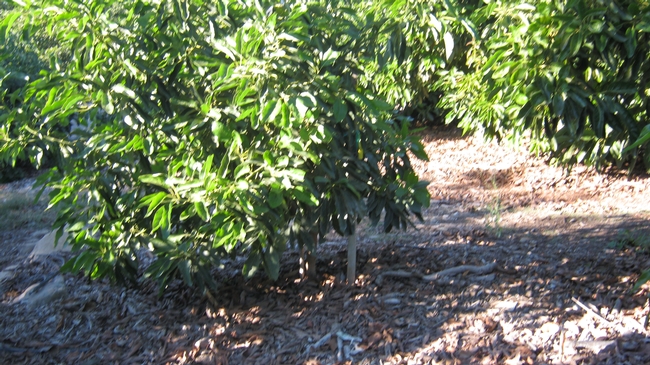 In the last two weeks I’ve been out to see groves that have root rot, yet the growers did not recognize the signs.  Two years of drought and use of salt loaded water have put stress on trees and made them more susceptible to root rot.  Although irrigation management can bring about the symptoms of root rot – small, yellow, tip-burned leaves – because the tree in both cases is seeing a lack of water.  I thought it would be appropriate to review the symptoms of avocado root rot.

What to look for:

Little or no new leaf growth, hardened look to the leaves

Do you find roots in the top 3 inches of soil?  NO, that’s a bad sign

Do you find any white root tips (it’s hard to find these when the soil is cold in the winter)? NO, that’s a  bad sign.

Do you find black roots?  Yes, that’s a bad sign.

These are all field diagnostics for avocado root rot.  You can also sample roots and send them in for lab analysis, but in the winter, the root rot organisms are not active and you can actually get a false negative.  Meaning the lab won’t pick it up and you then think you don’t have the disease.  Use field clues to figure out whether you have root rot.  Then figure out why you have it.  It usually boils down to the amount and timing of water, but there are many other factors, such as water quality, fruit load, topworking and other stresses that can bring on the disease. 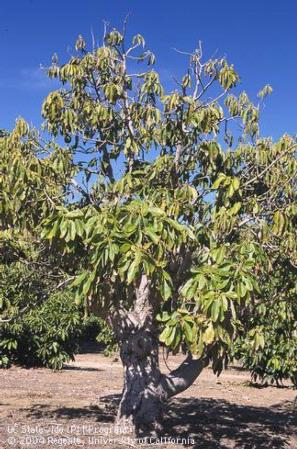 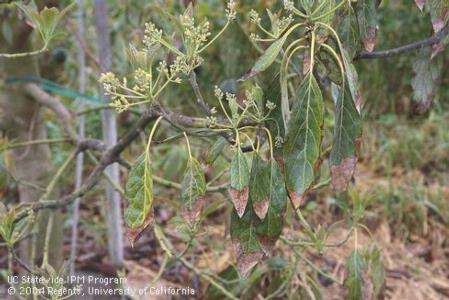 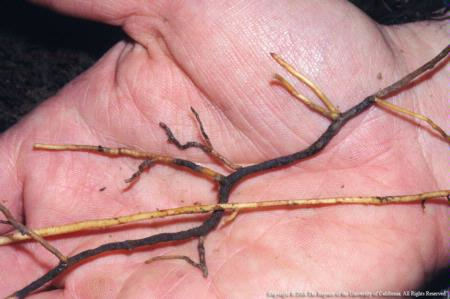