Coggins was an industry pioneer who recognized the potential advances with plant growth regulators (PGRs), beginning with gibberellic acid (GA) and continuing with programs to retain 2,4-D.  It was said that his research on PGRs has been described as the single most economically beneficial research result of the last century.  He authored more than 100 technical publications and nearly 50 semi-technical publications that have proved to be invaluable tools for citrus growers worldwide.  He was the recipient of numerous awards for his leadership, agricultural excellence and research accomplishments.

Charlie, Professor Emeritus of Plant Physiology, officially retired from the University of California Riverside in 1994.  During his 37 years at the University, he served as Chairman of the UC Riverside Department of Plant Sciences and helped create the Department of Botany and Plant Sciences.  He also served 15 years as Executive Secretary/Treasurer for the International Society of Citriculture. To help succeeding generations of researchers, Coggins created The Coggins Endowed Scholarship Fund at UCR to provide financial assistance for graduate students in the College of Natural and Agricultural Sciences who demonstrate academic excellence, quality research and benefit to the citrus industry.

He served as Chairman of the Board of Directors for the CA Citrus Quality Council from Nov 1992 to Jan 2008. In 2003, he was presented with CCQC's highest honor, the Albert G. Salter Memorial award which recognizes and individual who has made outstanding contributions to and achievements in the citrus industry.

Charlie was born November 17, 1930 in North Carolina.  He was proceeded in death by two sons from cystic fibrosis.  He is survived by his wife Irene of 68 years, a son and four grandchildren. A memorial service is pending.  In lieu of flowers, contributions can be made to support his scholarship at UCR in honor of him, to the Parkinson's disease foundation or cystic fibrosis charities. Cards can be sent to 819 Alden Road, Redlands, CA 92373.

The family of Dr. Charlie Coggins would like to welcome all
citrus industry friends to attend his memorial service. 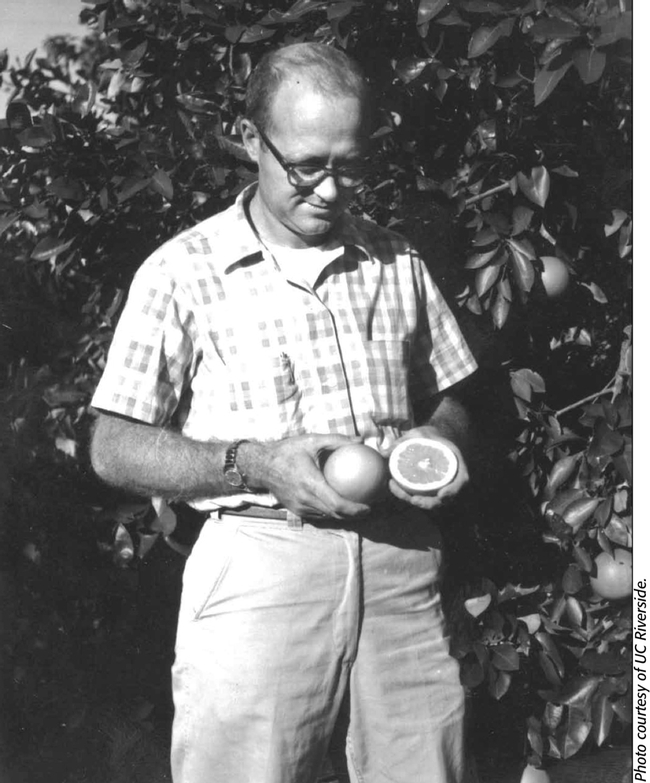