The invasive grass-fire cycle is happening in real time: Arundo, bromes, goatgrass, and medusahead in California, buffelgrass in Arizona, Hawaii, and northwestern Mexico, Ventenata in the inland Northwest, and cheatgrass across all western states, just to name a few of the major players. The areas affected by these invaders are growing, often exponentially, along with the frequency and severity of the wildfires they help drive.

Management efforts are not keeping pace. Public recognition of the role of invasive grasses in exacerbating wildfires is not widespread, and these fuels and their significance are rarely mentioned in major news media reporting of major wildfires (this recent reporting in the New York Times by Kendra Pierre-Louis is a welcome exception). Take some the recent bushfires in Australia as an example and try to recall any mention of specific fuels in the abundant media coverage.

As the authors of the PNAS paper state, “as concern about US wildfires grows, accounting for fire-promoting invasive grasses will be imperative for effectively managing ecosystems.” The authors point out that the fire management and invasive species management communities could benefit from closer collaboration. An equally important goal is to convey the magnitude and urgency of grass invasions to the public and policy makers so that they can be fully accounted for in our regional and national conversation about mitigating and adapting to the new wildfire regimes. 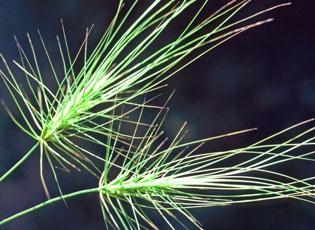