Learn to Read you Water Report
Published on: August 21, 2013

I was recently in an orchard looking at what appeared to be avocado root rot. I was checking on the symptoms and quizzing the grower on the other cultural practices.  The grower was prepared with soil, leaf and water reports.  I asked how much nitrogen was being applied and it was something in the 50 pounds nitrogen per acre.  When I saw the water report it listed nitrate in the water at the level of 84 ppm.  Rarely do you see a yield response in plants when soil nitrogen exceeds 90 ppm nitrate.  The soil nitrogen would pretty rapidly take on the nitrogen level of the water. So this grower was very close to the level at which no yield improvement would occur, and in fact would be increasing vegetative growth and hence increasing pruning problems.  I looked at the leaf nitrogen levels and they were quite high, as well.  I suggested that it would be a good idea to cut back significantly the amount of fertilizer applied, if not stopping application all together.  There are many areas along the coast where avocados are grown where there are high nitrates in the water.  Water can be a significant source of nutrients, as well as toxics, such as boron, chloride, sodium and total salts.  Learn to read all your reports – soil/leaf/water – and figure out the puzzle of fertilizing appropriately. 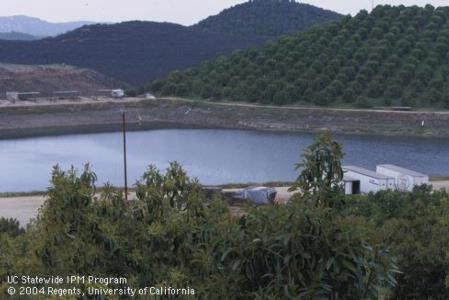