This year, National Pollinator Week is June 22 to June 28, celebrating the value that pollinators such as bees, birds, butterflies, bats, and beetles provide to the ecosystem.

Pollinators, and natural enemies, can be harmed by pesticides when people are trying to control pests in their gardens and landscapes. Pollinators can be killed or harmed if they are sprayed or exposed directly to a pesticide, and when they encounter pesticide residues in the environment. You can protect pollinators in your garden and landscapes by doing the following: 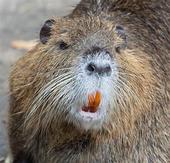 In the last week, we have highlighted some invasive species that damage and threaten California's natural resources. If you missed any of our posts, click on the species listed below. 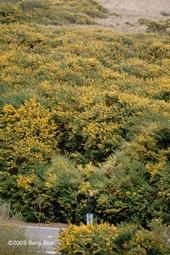 Brooms are shrubs which were originally planted in California as ornamentals and for erosion control, but are now considered to be invasive weeds since they are highly competitive. They crowd out native plants and form impenetrable barriers to wildlife. There are four common species of broom in California: Scotch broom, French broom, Spanish broom and Portuguese broom.

Small beetles are causing big problems in Southern California. Two closely related species, the polyphagous shot hole borer and the Kuroshio shot hole borer (collectively referred to as invasive shot hole borers), have been attacking more than 60 species of trees. These invasive beetles create a series of tunnels, or galleries, where they lay eggs and cultivate a Fusarium fungus to use as a food source. The fungus causes branch dieback, general tree decline, and can result in tree death. The beetles have been found in Los Angeles, Orange, Riverside, San Bernardino, Ventura, Santa Barbara, and San Diego counties.

What should you look for?