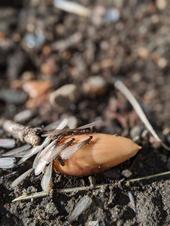 Close up image of several winged subterranean termites on a plant seed in dirt.

Western subterranean termites may also swarm in the

We are pleased to announce our new YouTube playlist for the Urban & Community IPM Webinars. Currently available recordings include:

Additional webinar recordings are coming soon! Subscribe to our 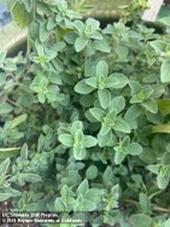 Now is the time for planting cool-season vegetables like broccoli, carrots, and spinach. We are pleased to share new pest management resources for other cool season vegetables including beets, chard, radishes or turnips. If you're planting herbs, we've also added basil,

The Centers for Disease Control and Prevention issued a Health Advisory recently in response to increased reports of illness associated with products containing the pesticide ivermectin. Ivermectin is an active ingredient that is typically used to treat internal animal parasites such as roundworms, threadworms, and other parasites, and external parasites such as head lice. It is an anti-parasitic pesticide not an anti-viral. The FDA has not approved...

The next Urban & Community IPM webinar will be Thursday, September 16, 2021 at 1:00pm. This month's topic is Identifying Insect Pests in the Home and Garden, presented by Elaine Lander. Our webinars are free and open to the public, but be sure to register in advance! All webinar information and registration links are available on our webinar website.