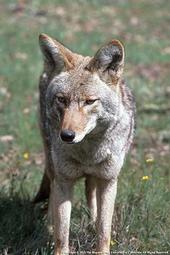 In many cities across California, urban coyote conflicts appear to be rising. Recent analysis of coyote reports from several entities in southern California has shown that coyote conflicts are generally much higher during the pup-rearing (May–August) and dispersal seasons (September–December), compared with the breeding season (January–April). It is unclear whether this is due to territoriality issues, increased human conflict due to increased coyote activity, increases in energy demands on coyotes when...

In another sign of growing frustration with wildlife in Southern California residential areas, a coyote was shot and killed in a Silver Lake neighborhood by an unknown suspect in June, reported Nina Agrawal in the Los Angeles Times. Residents are taking to social media to commiserate about increasingly bold coyotes, and actions taken to control them.

In a report presented to the L.A. City Council, the...

Wildlife and people have been in the news lately. Perhaps you've heard of coyotes wandering in your neighborhood. You might have also read about how you shouldn't feed wildlife. Did you know they are connected? It's a problem when people feed coyotes either intentionally or unintentionally through uncovered garbage and outdoor pet food. Available food may encourage coyotes to associate closely with humans and to lose their natural fear of us. These interactions will be discussed during a special symposium on urban coyotes at the 27th...