Matcha, finely ground powder made from baby green-tea leaves, is growing in popularity due to health benefits and the natural woodsy flavor it imparts to drinks, pastries and savory dishes, reported Jenice Tupolo and Carla Meyer in the Sacramento Bee.

To find out if the most-prized tea in Japan lives up to its purported health benefits when scrutinized scientifically, the reporters contacted UC Cooperative Extension specialist Sheri Zidenberg-Cherr.

“The health benefits are similar to that of green tea in general,” Zidenberg-Cherr said. Possible benefits of green tea...

The small, mostly Mexican-immigrant Central Valley community of Firebaugh has been at the center of an extensive UC Agriculture and Natural Resources (UC ANR) research and outreach project that is aiming to reduce the incidence of childhood obesity, reported Alexandra Wilson on the USDA Blog.

The project, called Niños sanos, familia sana (Healthy children, healthy family) has turned into a community-wide effort and a new culture of health for families.

Berry grower Javier Zamora is one of the farmers featured in the new booklet, 'Fresh*Starts*Here'

Produce tasting, nutritional tips and raffles were part of a celebration around the release on Monday of a new guide to local fruit and vegetables in Santa Cruz County, reported Donna Jones in the Santa Cruz Sentinel.

"It's about healthy eating and a healthy community," said 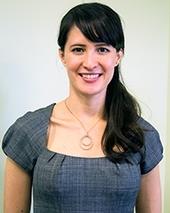 "These positions come with a focus on interacting with the community, conducting applied research, and translating UC research to help the ag economy and local residents,” said Tom Peterson, UC...