If you're on your way to Bodega Bay in Sonoma County, stop at Bodega Head and see all the yellow-faced bumble bees on a yellow coastal plant, Eriophyllum, commonly known as the woolly sunflower.

The bumble bees, Bombus vosnesenskii, are back and they particularly like the Eriophyllum. It's probably Eriophyllum staechadifolium, agreed Ellen Dean, curator of the UC Davis Center for Plant Diversity, and Ellen Zagory, director of horticulture at the UC Davis Arboretum. 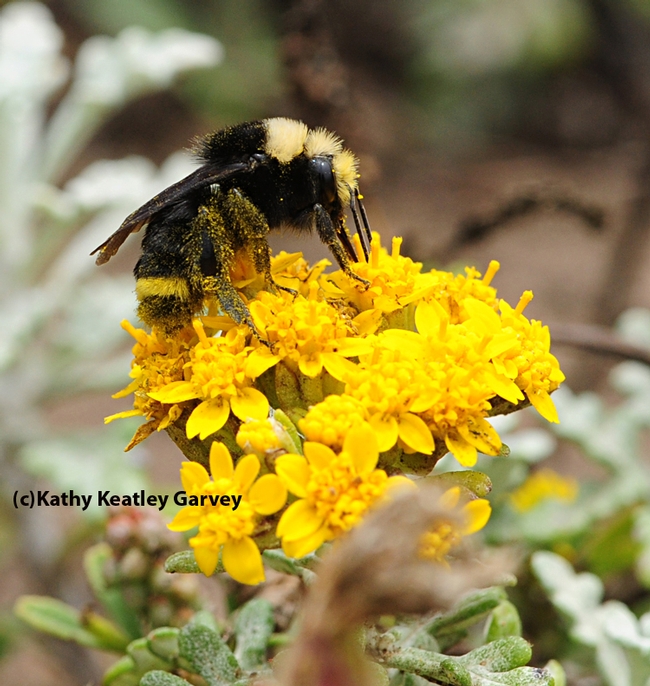 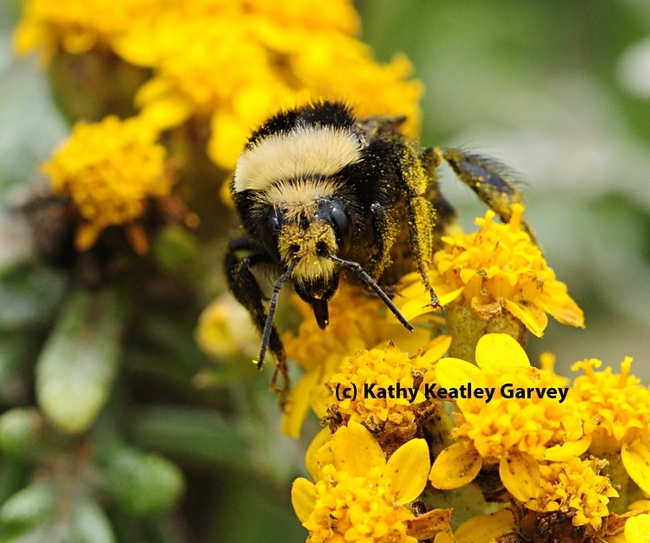 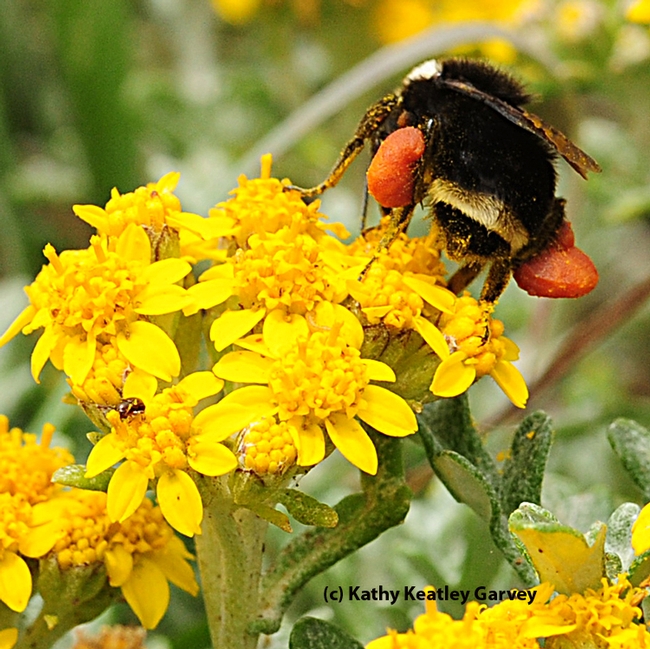