Koike is considered by his grower clients as a problem solver who identifies new plant diseases and controls outbreaks. He is the primary resource person for coastal plant pathology issues.

“Steve’s program provides another service to the university: it is an academic model for outstanding scholarship in the UC Cooperative Extension system,” said Maria de la Fuente, director of UCCE in Monterey County. “His vision and creativity encourage county-based academics to expand our horizons beyond historically limited roles as advisors.”

Koike’s research involves dozens of host crops and many factors that cause plant diseases,  such as fungi, bacteria, viruses, as well as chemical and physical factors in the environment, the article said. For example, following the 2006 E. coli O157:H7 outbreak on California spinach, he engaged in food safety research and conducted studies on E. coli and Salmonella ecology and survival under field conditions in the Salinas Valley. 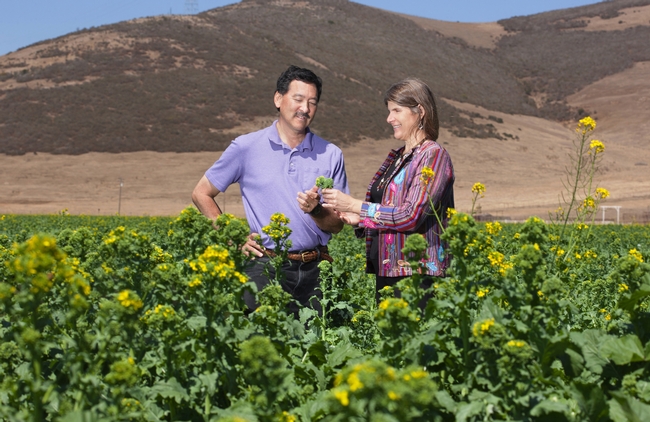