That they are. Flower feeders.

As are other pollinators from butterflies to beetles to bats.

But it's a special treat to see butterflies, honey bees and carpenter bees sharing blossoms of the same plant, the passionflower vine (Passiflora).

Several years ago a UC Davis professor planted a fenceline of passionflower vines at her residence off east Covell Boulevard, Davis. This year she is reaping her reward: Gulf Fritillaries (Agraulis vanillae),  honey bees and Valley carpenter bees are all over it. Why Gulf Frits? The passionflower vine is their host plant. You can see the entire life cycle from egg to caterpillar to chrysalis to adult in her yard.

The Valley carpenter bees (Xylocopa varipuncta) are frequent foragers, too. The females frighten many people because of their size and loud buzz. They're a solid black, in sharp contrast to the males, which are golden with green eyes.

We didn't see one predator Thursday in her Davis yard.

Butterfly expert Art Shapiro, distinguished professor of evolution and ecology at UC Davis, points to research published in a 2007 edition of the Journal of Chemical Ecology that indicates that the Gulf Fritillary adults are poisonous to birds. A team of scientists from Maryland, Virginia and Georgia wrote in the abstract of their article, “Novel Chemistry of Abdominal Defensive Glands of Nymphalid Butterfly (Agraulis vanillae):  “Abdominal defensive glands of both sexes of the Gulf Fritillary butterfly, emit a pronounced odor when disturbed…we suggest that the constituents in the glands may play a defensive role against potential avian predators.”

The article relates that Linnaeus (1758) first described the tropical butterfly and noted that its brilliant coloration of the reddish-orange butterfly makes it conspicuous. 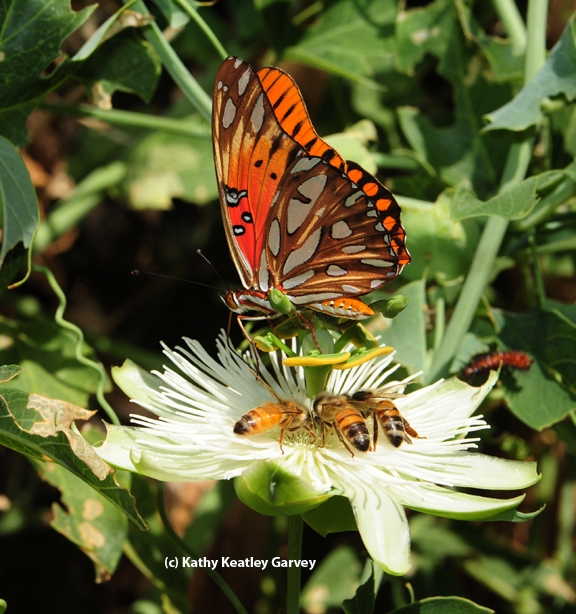 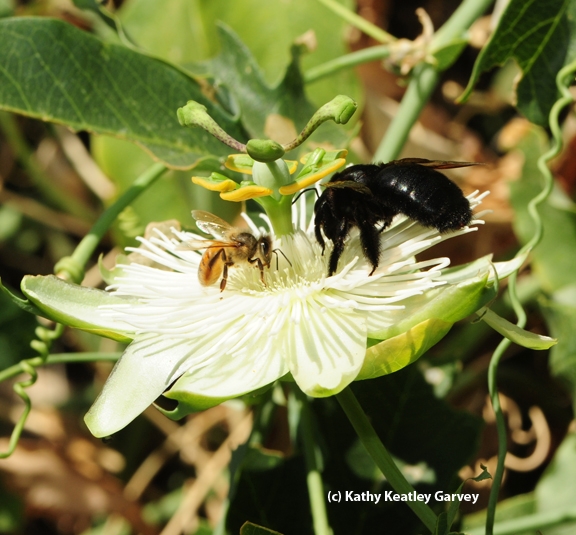 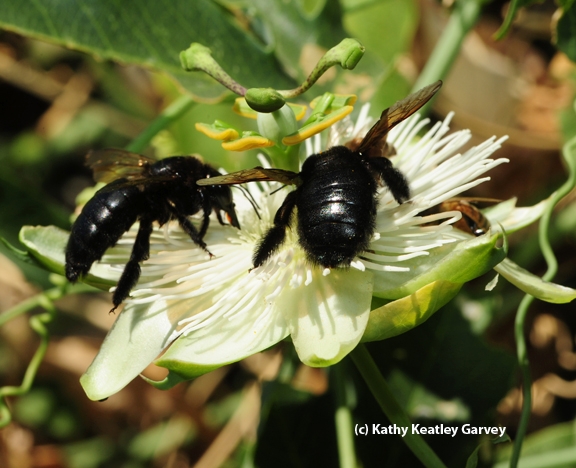