Olde Vegetable Gardening Advice
Published on: October 23, 2013
It is the frontispiece in a new (used) garden book I just bought, Vegetable Gardening in Color, by Daniel J. Foley, published by MacMillan in 1943. If you can get through the olde Englsh it is a treasure, seems to me.
In 1657, William Coles said this about gardening:
" And if Gentlemen which have little else to doe, would be ruled by me, I would advise them to spend their spare time in their Gardens; either in digging, setting, weeding, or the like, then which there is no better way in the world to preserve health. If a man want an Appetite to his Victualls, the smell of the Earth new turned up, by digging with a Spade will produce it, and if he be inclined to a Consumption it will recover him. Gentlewomen, if the ground be not too wet, may doe themselves much good by kneeling upon a Cushion and weeding. And thus both sexes might divert themselves from Idleness, and evill Company, which oftentimes prove the ruine of many ingenious people."
Who are we to disagree, some 356 years later? 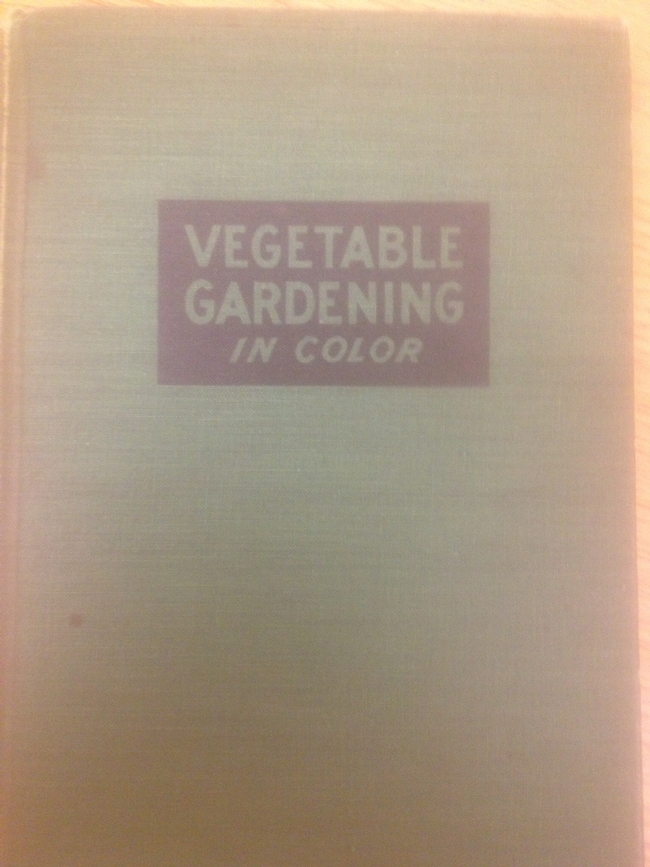