Many agricultural issues can be resolved with UC Cooperative Extension
Published on: January 30, 2014 A panel discusses the future of agriculture in California.
There are many issues facing Ventura County farmers that UC Cooperative Extension is working to resolve, according to presentations yesterday at an event celebrating UCCE's first 100 years of science and service. The event was covered by reporter Carol Lawrence of the Ventura County Star.

At the event, UCCE advisors talked about the status of ag industry in Ventura County, where total farm production is nearly $2 billion annually. Strawberries, the county's leading crop since the early 2000s, are valued at $690 million. However, production is threatened by dwindling water supplies.

UCCE advisor Ben Faber also discussed the water situation. The average annual rainfall in Oxnard was 17 inches between 2003 and 2008.

"We're living in an environment that rarely sees the average rainfall," Faber said.

Faber's work includes showing growers how using too much or too little water is more likely to cause plant disease and demonstrating new ways of measuring the water content in soil, the article said. One solution to water woes is using recycled water in nurseries. The practice saves 14 to 42 percent of water.

UCCE advisor Jim Downer talked about the movement of exotic pests that are a potential challenge to agriculture. California is particularly vulnerable to these pests because of its vast and varying geography and climate, he said.

Click here to view the complete article in the Ventura County Star - Jan. 30, 2014 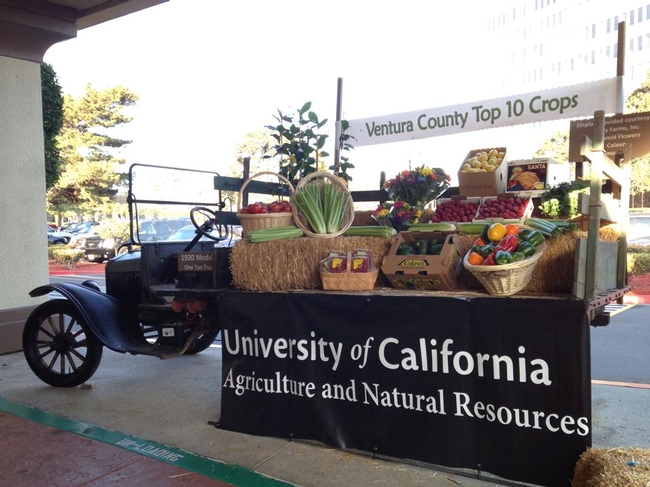