Lately there has been some concern about leafrollers in raspberries, so it is important first for growers to know how to identify what a leafroller looks like in order to make correct pest management decisions.

Leafrollers are generally true to their name, meaning they will roll leaves up to form a shelter with a whitish webbing.  They will also form shelters between several leaves, growing points of plants, developing flowers and fruit.  This is a sure way to distinguish leafroller larvae from other larval pests in the caneberry field.

The leafroller larvae themselves in raspberries are green in color and will move about vigorously (if healthy) when disturbed.  This compares to other larval pests found in caneberries which are either sluggish to respond or a distinct method of movement, such as the looper described below.

It is important to note that it is almost impossible to distinguish leafroller species from one another in the field.  Generally, identification of leafrollers needs to be done under a microscope or through DNA analysis, and indeed this has been the case lately with light brown apple moth. 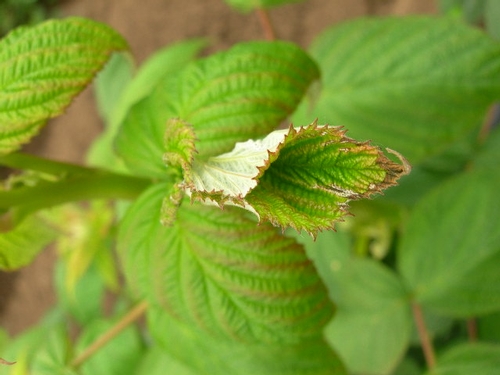 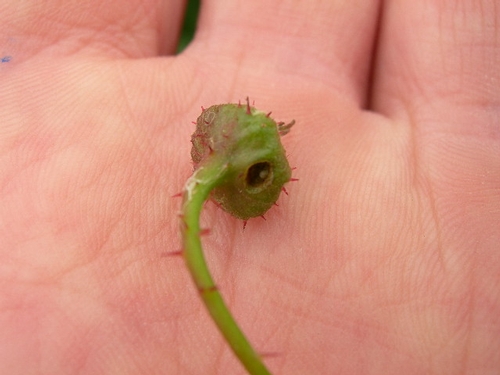 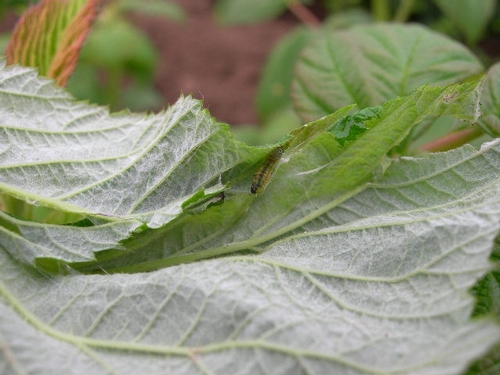 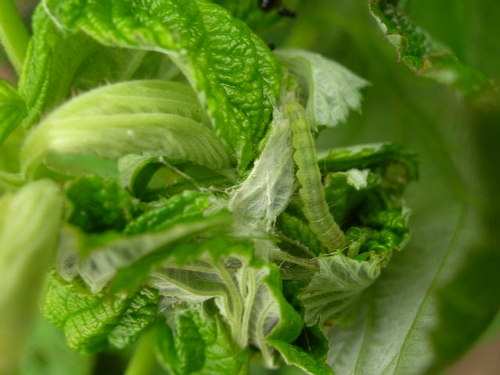 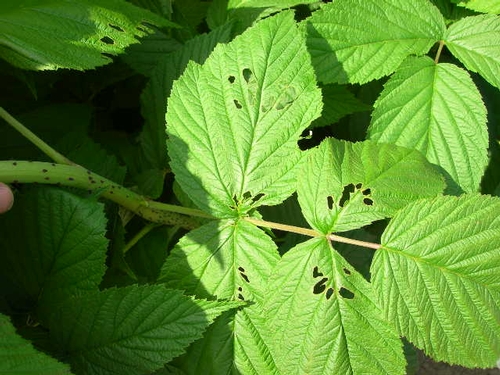 Feeding damage not typical of leafroller.
Note how holes on leaves are spread out over leaf area, and no webbing found. 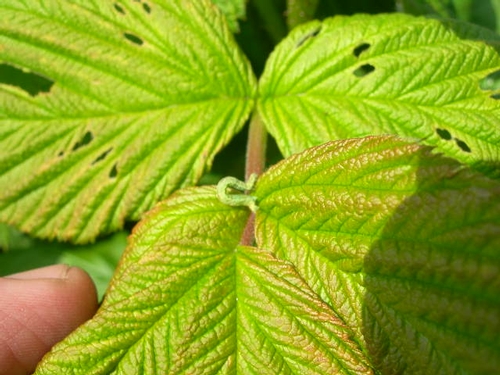 Looper
Looper larva found on raspberry leaves not exhibiting damage typical of leafrollers. Larva in picture was disturbed just moments before photo was taken, and note how it is assuming a curled position. This is definitely not a leafroller.
Comments: 0
No Comments Posted.
Leave a Reply: