His sisters and brothers didn't eat him when he emerged from the egg case. In fact, he probably ate some of his brothers and sisters.

He has managed to elude his predators: bats, birds and spiders.

Yes, our praying mantis is very much alive and quite well, thank you.

It's early morning and the praying mantis is a lean green machine as he climbs a green cactus from his base camp, a flower bed of pink lantana. He's not engaging in mountaineering for the sport of it or for the summit view. He's climbing the cactus to better position himself to find prey: to ambush an unsuspecting butterfly or bee.

He's not concealed but he's perfectly camouflaged. And he's cunning.

He stops, swivels his head 180 degrees--praying mantids can do that, you know--and proceeds to climb to the top of his Mount Everest.

It's a sight you don't see very often. First, because praying mantids usually blend into their environment. Second, how many times have you seen a green praying mantis climb a green cactus?  And third, this cactus climber has something in common with the plant: the needlelike "ouch" factor. The cactus is spiny. The praying mantis has spiked forelegs to grasp its prey.

The mantis reaches the summit. He folds his forelegs as if in "prayer." Well, not quite. He looks as if he's begging for his breakfast.

It promises to be a good day, a top-of-the-morning day. 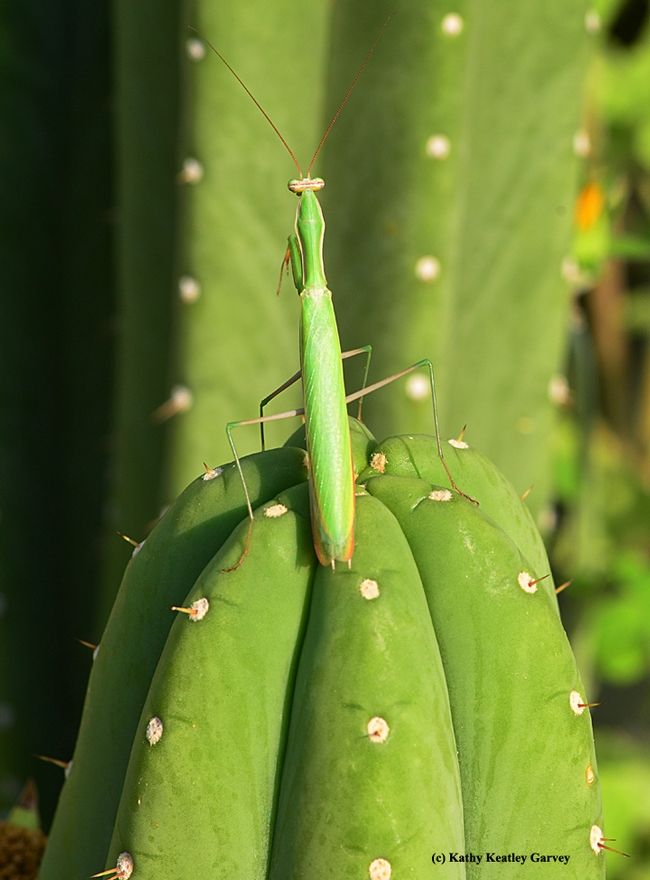 Praying mantis, perfectly camouflaged, stops in the midpoint of his climb. (Photo by Kathy Keatley Garvey) 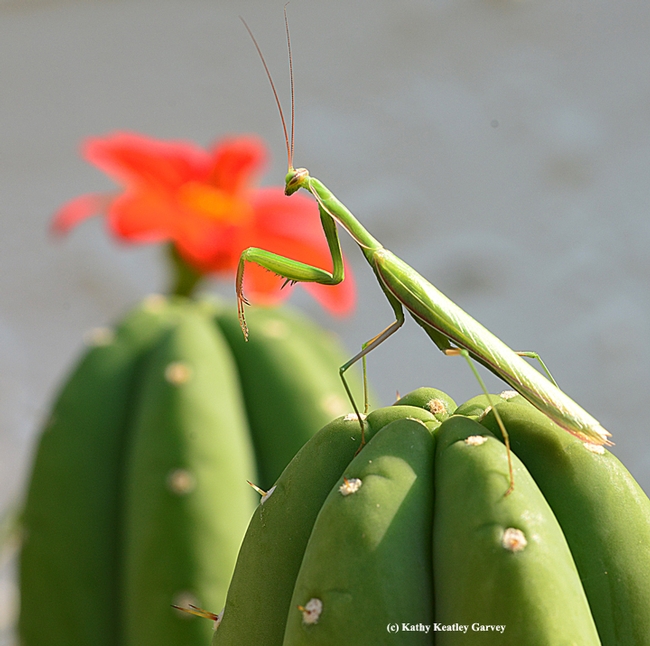 Praying mantis reaches the summit. In the background is a Mexican sunflower, Tithonia. (Photo by Kathy Keatley Garvey) 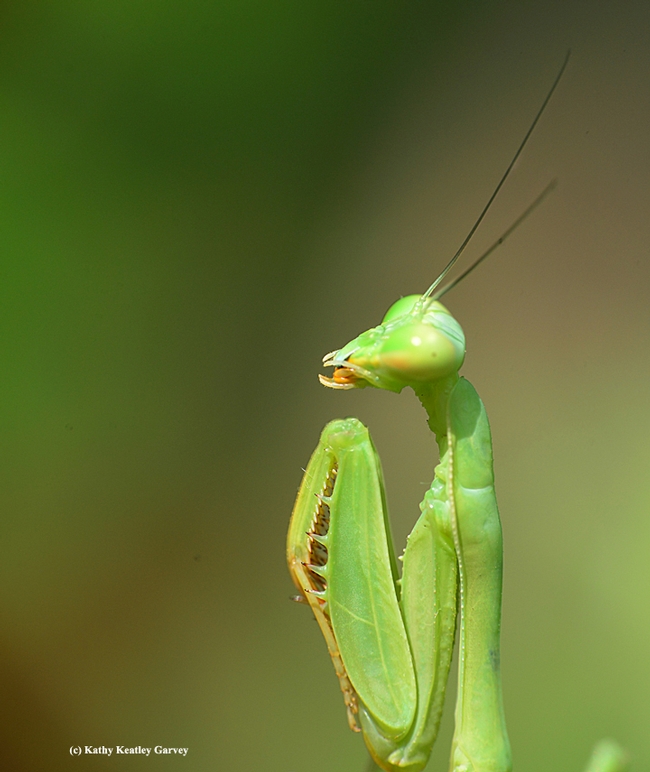 Praying mantis folds his spiked forelegs, as if in prayer. (Photo by Kathy Keatley Garvey)
Tags: ambush predator (1), green cactus (1), praying mantis (113), spiked forelegs (2), spiny plant (1)
Comments: 2
Comments:
by Anne E. Schellman
on August 29, 2014 at 8:26 AM
Yet another example of why I LOVE reading your posts Kathy. So cleverly worded, a praying mantis climbing Mt. Everest, yes! Great photos, he must be so fun to watch.
by Seanain Snow
on August 29, 2014 at 12:52 PM
Kathy - I am enjoying your posts. I got the rare treat of watching a mature mantis devour another mature mantis in my garden yesterday. What a sight! The victim's legs were twitching, but the predator's spikes did the job of holding fast.
Thank you for the lovely photos.
Seanain
Leave a Reply: