Just when you thought we knew all the devastating pests of avocado, along comes another one, this showing up in the Piru area of Ventura County - bagrada bug.  The infestation is in huge numbers covering the stems and leaves of the tree, leaving fecal droppings on the backsides of leaves.  The insects have caused some defoliation and damage to terminals. They lay their eggs in crevices in the soil and sometimes on the plant. Maybe mulching would help in their control.   The orchard will be sprayed soon to control them.

Bagrada bugs often infest wild mustard weeds, which are pervasive in California on hillsides and in agricultural corridors in late winter to early spring. Populations rapidly increase in the weeds when seasonal temperatures rise. Record numbers of bugs can invade newly planted cole crops after mustard weeds dry out in late summer.

The bagrada bug is an invasive pest species, native to Africa, which has spread to India, Pakistan, parts of Southeast Asia, and Italy. In the United States, it was first found in Los Angeles County in 2008. By 2011, the pest had disseminated throughout Southern California to include San Diego, Imperial, Orange, Riverside, San Bernardino, and Ventura counties. In September 2012, the pest moved northward to Santa Barbara and San Luis Obispo counties and recently (2013) the Bagrada bug was found in Fresno, Tulare, and Monterey counties.

In this case, it appears that with the drought all the mustard on the hillsides has dried up and the only food is the young avocados on the hillside.  Interestingly, the neighboring canyon is infested with harlequin bug (Murgantia histronica) another stink bug with similar coloration but about three times larger than the bagrada bug.  Once rains return, these pests should retreat back to the wild hillsides. 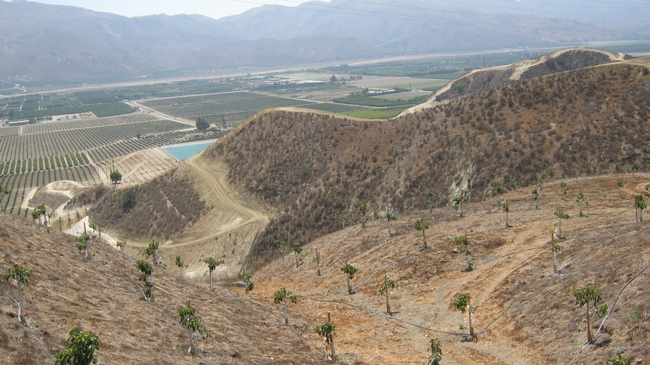 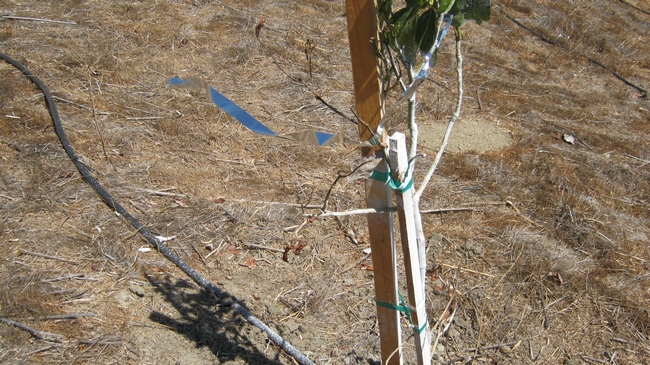 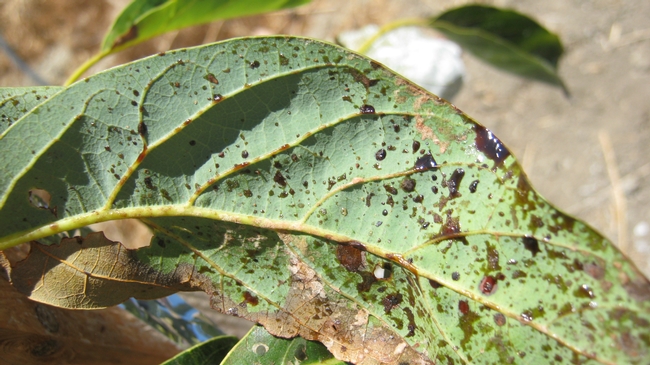 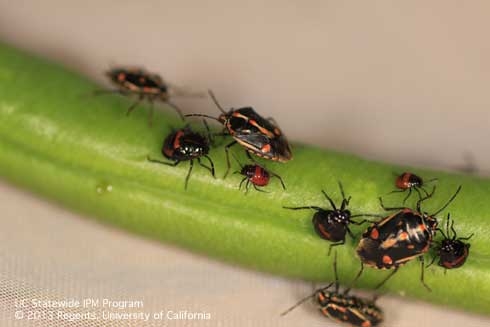