The International Congress of Entomology (ICE) is gearing up for its 2016 conference, "Entomology without Borders," to take place Sept. 25-30, 2016 in Orlando, Fla., and the line-up of speakers should make all entomologists--and others interested in insect science--mark their calendars.

With a red-hot pen.

First of all, the ICE co-chairs, chemical ecologist Walter Leal of UC Davis and vegetable research entomologist Alvin Simmons of USDA/ARS, managed to book not one, but two Nobel Laureautes:  Peter Agre (2003 Nobel Prize in Chemistry) and Jules Hoffmann (2011 Nobel Prize in Physiology or Medicine).

Then the next announcement. Last weekend at the ESA meeting in Portland, Ore., Leal revealed the list of ICE plenary speakers, selected from 77 nominated worldwide.

Carey, a distinguished professor of entomology with the UC Davis Department of Entomology and Nematology, is considered the world's foremost authority on arthropod demography. Page, provost of Arizona State University and emeritus professor and former chair of the UC Davis Department of Entomology, is considered the most influential honey bee biologist of the past 30 years.

“We are delighted to have the first Hispanic woman (Latina) to give a plenary lecture at ICE; likewise, the first kiwi (New Zealander), as well as the first native African to have the opportunity to highlight their work in this venue,” said Leal, professor in the UC Davis Department of Molecular and Cellular Biology. Carey is the author of three books, including Applied Demography for Biologists with Special Emphasis on Insects (Oxford University Press), the go-to source for all entomologists studying demography. Highly honored for his work, Carey received the 2014 C. W. Woodworth Award, the highest honor bestowed by the Pacific Branch of the Entomological Society of America (ESA), and the 2014 UC Davis Academic Senate Distinguished Teaching Award for innovative and creative teaching.

Carey chaired the University of California Systemwide Committee on Research Policy—one of the most important and prestigious committees in the UC system and served on the systemwide UC Academic Council. In addition, he serves as the associate editor of three journals: Genus, Aging Cell, and Demographic Research. In addition, he is the first entomologist to have a mathematical discovery named after him by demographers—The Carey Equality—which set the theoretical and analytical foundation for a new approach to understanding wild populations.

He is a fellow of four professional organizations: ESA, the Gerontological Society of America, the California Academy of Sciences and the American Association for the Advancement of Science.

Carey has presented more than 250 seminars in venues all over the world, from Stanford, Harvard, Moscow, Beijing to Athens, London, Adelaide and Okinawa.  In addition, Carey is considered a worldwide authority on the demography and invasion biology of tephritid fruit flies, particularly the Mediterranean fruit fly; and a preeminent authority on biodemographics of human aging and lifespan. He is also a pioneering force advocating the educational use of digital video technology, work that he is sharing throughout much of the state, nation and the world.

Carey received his bachelor's degree (animal ecology, 1973) and master's degree (entomology, 1975) from Iowa State University, and his doctorate in entomology from UC Berkeley in 1980. Robert E. Page
Arizona State University Provost Robert E. Page Jr., who received his doctorate in entomology at UC Davis in 1980,  joined the UC Davis Department of Entomology in 1989. A honey bee geneticist, he chaired the department for five years, from 1999 to 2004. Page's specialized genetic stock of honey bees was based for many years at UC Davis.

Page has published more than 200 reviewed publications, three edited books and two authored books. His latest book is "Spirit of the Hive." His lab pioneered the use of modern techniques to study the genetic bases to the evolution of social behavior in honey bees and other social insects.

Page was the first to employ molecular markers to study polyandry and patterns of sperm use in honey bees. He provided the first quantitative demonstration of low genetic relatedness in a highly eusocial species.

Among his other achievements involving honey bee research:

In addition, Page was personally involved in genome mappings of bumble bees, parasitic wasps and two species of ants. His most recent work focuses on the genetic bases to individuality in honey bees.

Page also built two modern apicultural labs (in Ohio and Arizona), major legacies that are centers of honey bee research and training. He has trained many hundreds of beekeepers, and continues to teach beekeeping even as provost of the largest public university in the United States. He is also the Foundation Chair of Life Sciences.

It promises to be an informative, educational and entertaining meeting in Orlando! 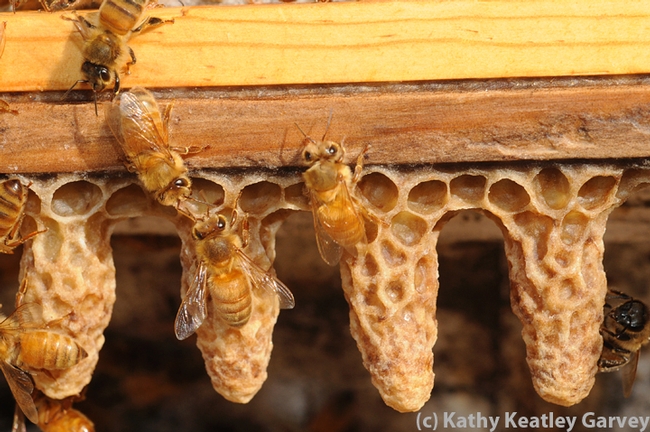