toGrowing blueberries in a pot is not such a whacky idea.  Along the coast, they never get as big as the Central Valley or other places where they are grown. That's because they are in almost continuous flower and fruit production.  So when they are small, the pots can be put more closely together, reducing water use and weeds.  As the plants grow, the spacing can be increased.  Also, blueberries are very sensitive to high soil pH which is easier to correct with artificial substrates.  They are also prone to Phytophthora root rot, the pesticide for which can't be used by organic growers, but can be controlled by careful irrigation of a pot.  So the easier control of weeds and the easier control of root rot would be worth it to an organic grower, even though the initial expenses are higher.  Better control typically lead to higher yields.  Being able to control plant spacing might also make them less prone to frost damage because they could more easily be covered up when frost is forecast. 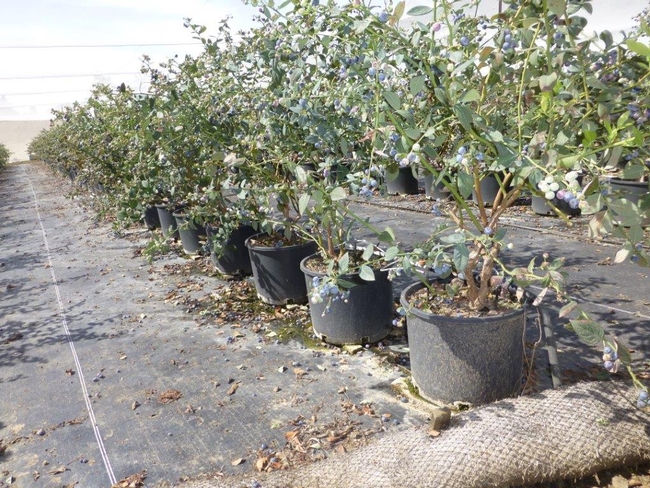