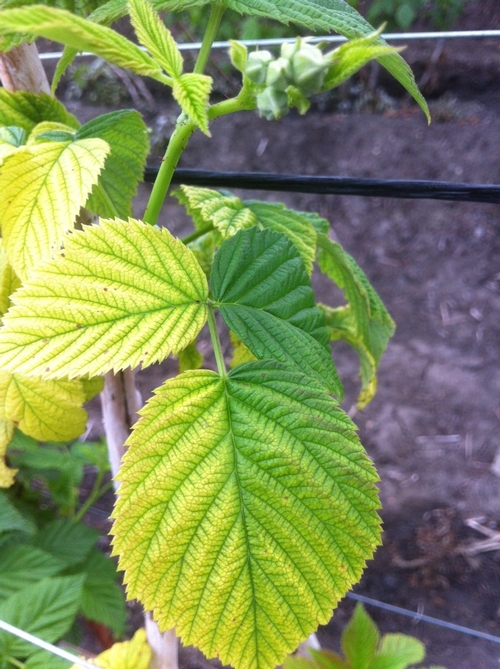 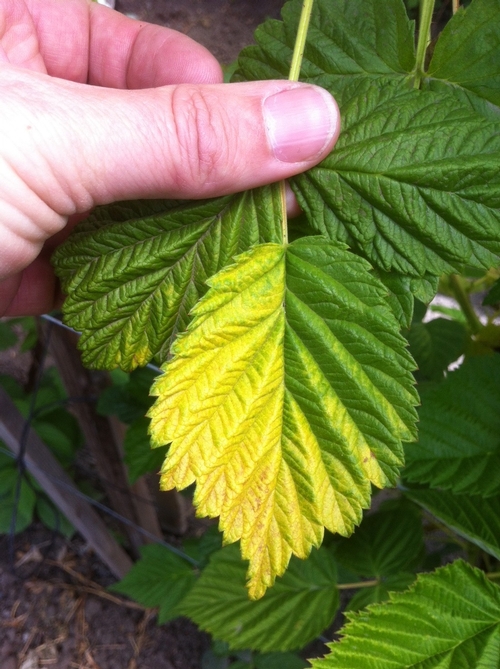 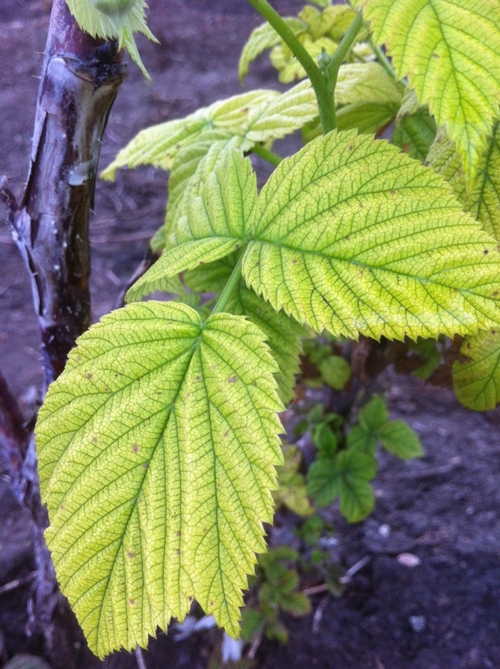 Whole leaf in decline, only green left in the veins.
Tags: raspberry (24), yellow leaves (2)
Comments: 2
Comments:
by Miguel Ahumada
on February 17, 2016 at 3:36 PM
Found a good paper on the effect of high temperature in raspberries related to your farm visit and yellowing of leaves. It said " The temperate stress decreased chlorophyll content and expressed as yellowing of newly growing leaves in Autumn Bliss and Fall Gold varieties"