I often see and find inspiration in the links between current events around Los Angeles and our county's agricultural heritage.  This week my "ahah" moment came at the Compton Creek Symposium, an event put on jointly by my organization, UC Cooperative Extension, and the Los Angeles and San Gabriel Rivers Watershed Council.  This was a two-day event that brought together community, staff of government agencies, city officials and local non-profits to discuss the Compton Creek watershed and its renovation.

One symposium presenter, Reginald Fagan, talked about what Compton was like when he was a boy.  He grew up playing alongside the creek, collecting shellfish and crayfish, and riding his bike and ponies along its bank.  He was a member of the 4-H Bison Club active in Compton at that time.  "When I was growing up here we all had gardens.  Food wasn't an issue", said Fagan.

Another participant at the symposium told me about growing up in Compton in the late 1950's.  "This was the country.  There were dairies everywhere".

A piece of Compton's farm history is alive today in the community of Richland Farms, a neighborhood of approximately 400 homes, many on an acre or more of land, where residents own horses and livestock.  In fact, I discovered that there is a very active youth equestrian group based in Richland Farms called the Compton Jr. Posse.  I had a great time talking with their founder and Executive Director, Mayisha Akbar.  Learn about this impressive organization at http://www.comptonjrposse.org/ .

During the two-day symposium, as participants shared their visions for the future of Compton and its Creek, urban agriculture and gardening were mentioned numerous times as viable components of that future.  For example, Reginald Fagan is currently working to develop an agricultural resource center for Compton, The Timbuktu Resource Center and Learning Academy, which will engage local youth in sustainable agriculture.  Others talked about creating a community garden near the creek.  In fact, the approved regional plan for the area is entitled the "Compton Creek Regional Garden Park Master Plan".  The plan includes native plants and trees, pocket parks, a community garden, and even a hitching post and watering trough for horses, along with many other features to enhance the area.

To learn more about Compton Creek, go to The Watershed Council website at http://lasgrwc2.org/programsandprojects/llarc.aspx?search=comptoncreek.  A copy of the Compton Creek Regional Garden Park Master Plan, which includes history, photos, community input, maps and much more, can be downloaded at the Council's on-line document library at http://lasgrwc2.org/dataandreference/Document.aspx. 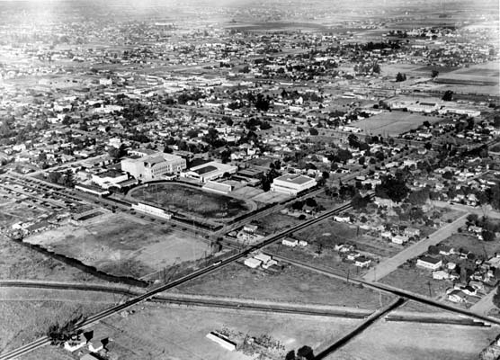