This summer I repotted my succulents. What a delight to survey my collection, finally all neat and tidy. However, less than a month later, I noticed an intruder. “Out of the blue” popped a yellow mushroom. To tell the truth, I wasn't sure what I was actually looking at. And frankly, the little fungi was so cute I really didn't want to disturb it. But I did. With hand in surgical glove, I pulled it up and out of its blue ceramic pot. Its aroma — well, it smelled so earthy, almost cooking-quality good.

After snapping several photos and spending time researching I discovered the interloper is Leucocoprinus birnbaumii, also known as plantpot dapperling, flowerpot parasol, and the yellow houseplant mushroom. Initially upon its discovery in 1785 near Halifax, this species was named Agaricus luteus, however a different fungus had already been given that name. In 1839 a garden inspector with the surname Birnbaum found the same species in a Prague greenhouse resulting in its current name of birnbaumii.

Whatever you call it, you definitely do not want this mushroom on pizza or atop your salad. After discovering conflicting reports about its toxicity, from being poisonous if consumed to causing only gastrointestinal upset, I'm not about to give this cute colorful mushroom a try. After all, who needs drama after a nice dinner!

So I disposed of the pot's content — succulents, mushroom, and all the tiny little sprouts of mushrooms — securing them in a plastic garbage bag before dumping the bag into the trash can. Since this mushroom spreads through contaminated soil or mulch, I avoided using the green waste can. I left the empty ceramic pot in the sizzling summer sun to sterilize itself for a couple weeks, then scrubbed its surfaces with a mixture of water and bleach.

If you find these mushrooms in your pots, remember they are almost impossible to eradicate. The longer you allow them to sit around, the more risk you take in their spores spreading to other pots. 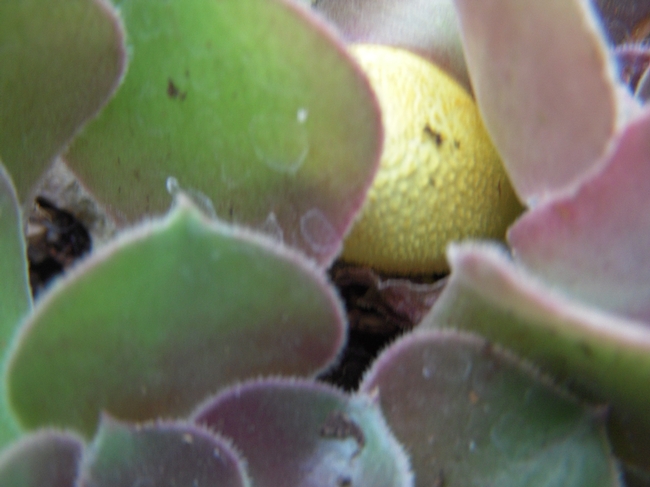 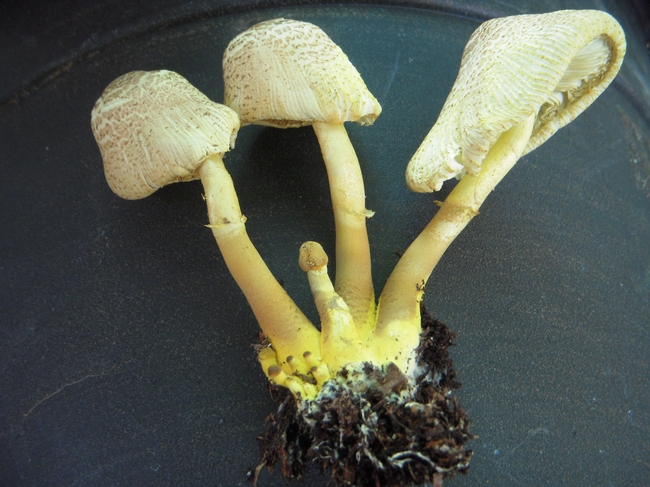 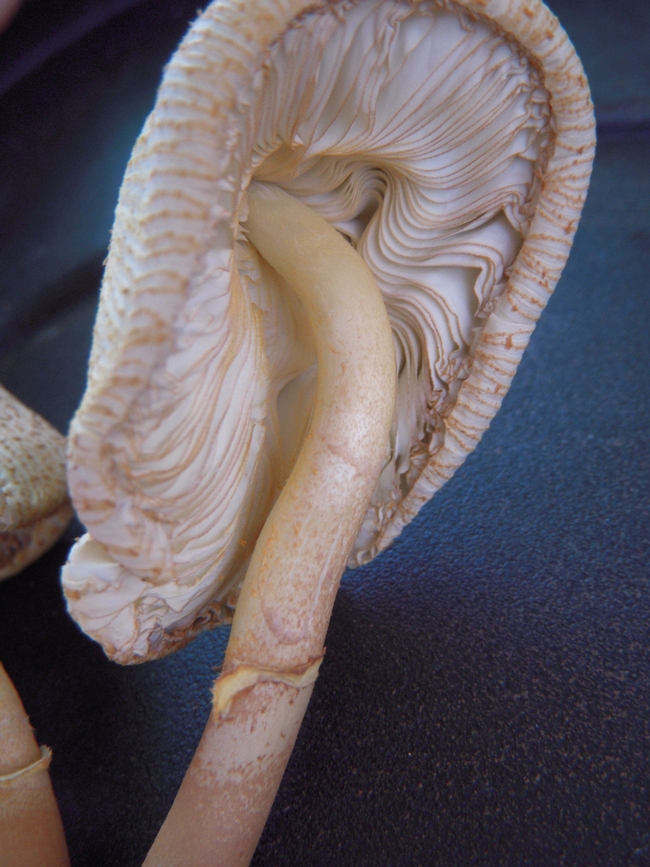 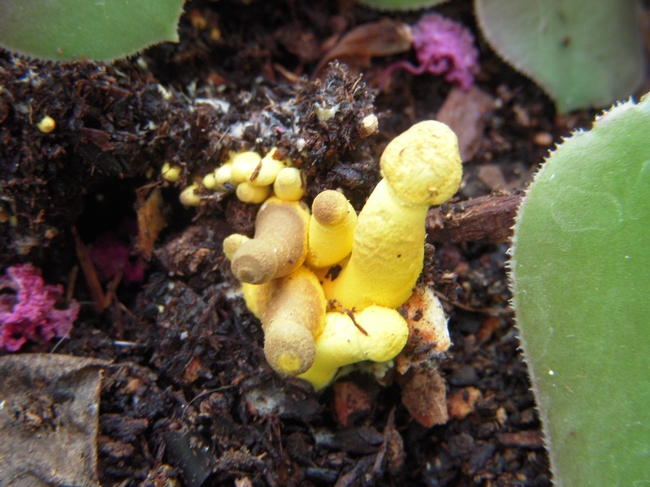 Additional sprouts of yellow mushrooms.
Comments: 2
Comments:
by Andrea
on August 1, 2015 at 9:32 AM
What harm could the mushroom do? Why not just leave it?
by E Smith
on September 12, 2021 at 8:26 AM
How toxic are they? I found them in my snake plant after fertilizing and watering, I just pulled them out with garden gloves on, after third time they have not come back. But I pulled them at first sight. Maybe if you leave them until maturity they spread? But so far they have not spread to any of my other potted trees or plants, even ones I keep moist.
Leave a Reply: