Sheridan Miller at age 11. She began raising funds for bee research at age 10. (Photo by Kathy Keatley Garvey)
Her name is Sheridan Miller. If there's a human equivalent of a honey bee, she's it. She's a worker bee.

Young Sheridan, concerned about the plight of the bees, began raising money for bee research at age 10. This included selling jars of honey, baked goods featuring honey, beeswax candles, olive oil, soap and a self-penned booklet about the plight of honey bees.

“It's very thoughtful and generous of a little girl to think of the plight of the honey bees and to raise funds for research,” Kimsey said. “We are overwhelmed.”

Said Cooperative Extension Apiculturist Eric Mussen, a member of the UC Davis Department of Entomology since 1976 and now retired:  “I really appreciate the fact that so many members of the general public have become concerned about the plight of honey bees. I am particularly impressed by individuals such as Sheridan who have devoted so much time and effort in really trying to improve the health and longevity of the honey bees.” Holding the check for bee research (from left) are Annelie Miller, then 8, who helped her big sister, Sheridan Miller, raise funds; bee breeder-geneticist Susan Cobey; Sheridan Miller; and Lynn Kimsey, then interim chair of the UC Davis Department of Entomology.
Sheridan's efforts at age 11 including writing a booklet about bees that she sold for $7, donating all the proceeds to Cobey's bee research.  The booklet contains famous bee quotes, bee facts, recipes, information on how to help the bees, and a bee poem. She illustrated it with colorful drawings of honey bees, honeycomb and flowers.

Then in October 2009 at the opening of the department's Häagen-Dazs Honey Bee Haven, a half-acre bee friendly garden that supports the Laidlaw bees and serves as an educational resource, the officials honored Sheridan and her family. Sheridan's name is engraved on donor plaque in the garden.

Sheridan's latest efforts include recording a bee video, posted on You Tube, and setting up a Go Fund Me account.

In the WSU article, Sheridan's father, Craig, a Bay Area lawyer, is quoted as saying: “Sue has been generous with her time and her gratitude toward Sheridan, She has instilled confidence in Sheridan and an incredible sense of pride. I guess an organization could simply send a thank-you note for a donation. Sue, on the other hand, sent friendship, knowledge, encouragement–and even bees!”

Sheridan Miller's enthusiasm for bees now extends to her becoming a beekeeper. Beekeeper Brian Fishback of Wilton, a former volunteer at the Laidlaw facility and a past president of the Sacramento Area Beekeepers' Association, has worked with Sheridan for the past four years. He set up her hives and is teaching her how to care for and manage bees.

Cobey and her fellow WSU researchers are working to build a better bee. Their research includes importing germplasm (honey bee semen) from Europe and crossing it with domestic breeding stocks to create healthier stock.

Sheridan hasn't decided on what college to attend or her major, but Cobey and Fishback hope that maybe it has something to do with bees.

"Sheridan is amazing," said Cobey, who traveled to Mill Valley a couple of years ago to participate in one of Sheridan's bee research fundraisers and "to talk bees."

Sheridan is the human equivalent of a worker bee. 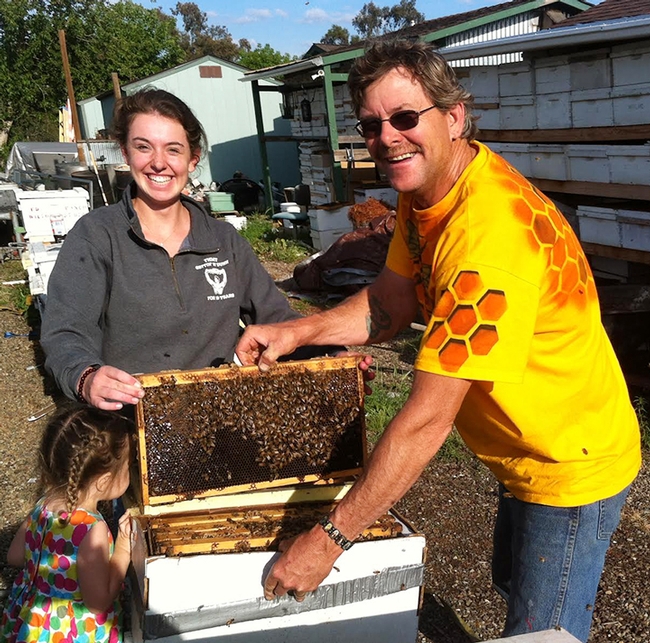 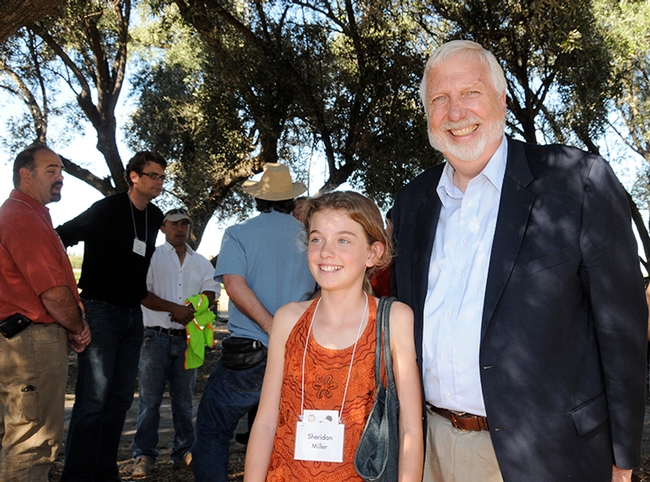