Bug Squad
sitenum=63
Happenings in the insect world
Nice to See You!

In early spring and throughout most of the summer, we saw scores of digger bees, Anthophora urbana, living in our garden.

The very territorial males patrolled the flowers, trying to save them for the females (to mate with them). The boys kept dive bombing the other boys, along with assorted bees, butterflies, beetles and hover flies that had the "gall" to grab a little nectar from  "their" blossoms.

We thought the Anthophora urbana season was over.

We saw a male Anthophora urbana buzz a monarch butterfly as it was fueling up on a Mexican sunflower (Tithonia). Sorry, that's mine!

Then it headed toward an English lavender. Yes, that's mine, too!

Native pollinate specialist Robbin Thorp, distinguished emeritus professor of entomology at UC Davis, and a co-author of California Bees and Blooms: A Guide for Gardeners and Naturalists, said "it seems rather late for a male of the species to be flying. Especially since he looks so fresh, hair and wing margin not showing signs of aging. But this has been a strange year for bee and flower phenologies."

California Bees and Blooms, the work of UC scientists, relates that many Anthophora are examples of California's early spring-to-summer "univoltine" bee species. They define "univoltine" as producing one generation per year. Compare that to bivoltine (two generations) and multivoltine (more).

The book is a dazzling wealth of information, and opens up the incredible world of insect treasures in your garden and what to plant to attract them. California is home to some 1600 species of bees, and Anthophora is just one of them. 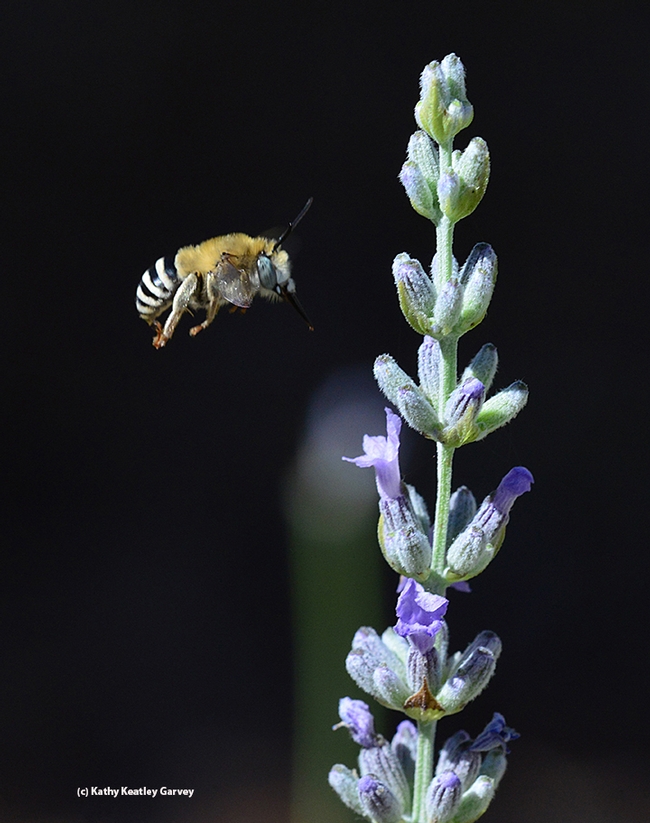 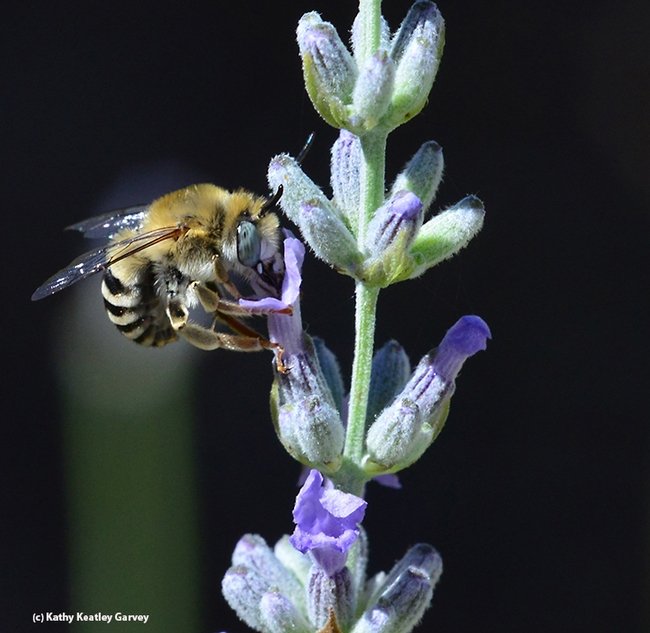 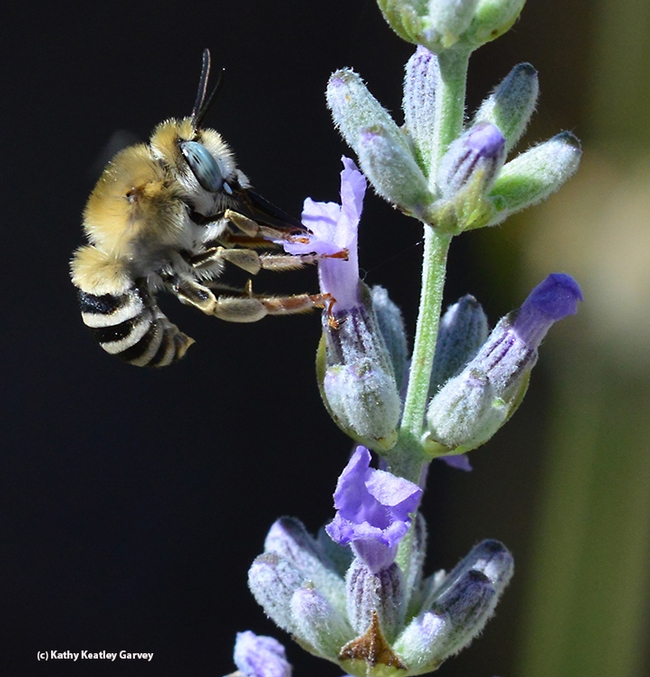